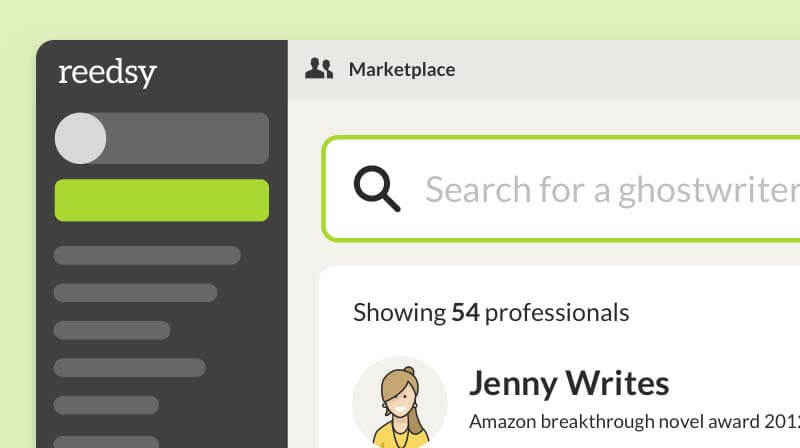 Looking for a ghostwriter?

The best publishing professionals are on Reedsy, come meet them.

How to Outline Your Memoir (in 3 Powerful Steps)

For aspiring memoirists, one of the trickiest hurdles comes after the beginning moment of inspiration. You get the brilliant idea to write a memoir, sit down at your computer all ready to spill out your story, and…you realize you don’t know how to start.

Now you might be hit by a flurry of doubts:

If you’re asking these questions, the solution is simple: write an outline. In this post, we look at how you can turn your assorted memories into a rock-solid outline that will make it that much easier to write (and publish!) your memoir.

According to Zadie Smith, there are two types of writers in the world: micro managers and macro managers. They are sometimes known as plotters and pantsers. If you’re the former, you may already have started outlining your memoir in your head — so skip ahead to the next section for concrete tips and get the ball rolling on your outline.

If you’re a pantser (someone who writes “by the seat of their pants”), you may need convincing as to the benefits of outlining. In a nutshell: a week of outlining now could save you a year of torturous revision down the road. Outlining — and figuring out such things as theme and scope — can give your story a sense of purpose before you even start writing it. It’s particularly important for memoirists to have a firm grasp on this before entering the drafting stage. Otherwise, they’re particularly susceptible to simply spilling unstructured memories on paper.

Tip: 1 week of outlining now can save you 1 year of torturous revision in the future. #amwriting

As you write your memoir, you may recall another compelling moment from your life or come to an epiphany that might change the thematic direction of your memoir. You should never hesitate to explore them. However, a “goal without a plan is just a wish,” as Antoine de Saint-Exupéry said. It’s good to spend some time on an outline and have an initial roadmap in front of you, so that you know in which direction you’re heading — and what point you’re trying to make.

Before you write your memoir…

Instead of clutching your head at the thought of all the planning ahead of you, think of outlining as a clearing-out of the attic. Sometimes you need to blow the dust off your memories, re-organize them into a way that feels tidy, and move aside the clutter.

We’ve boiled the process down to three simple steps. So grab your pen, get some paper, and let’s get to sweeping.

Step 1: Organize the attic of memories

Unlike the classic biography, a memoir doesn’t necessarily have to recount a person’s entire life. Instead it can record the events of a select few decades, years, or even days — whichever time period you deem is important enough to convey to an audience.

Centering your story around a specific interval of time can bring your memoir into focus. Spill your memories onto paper and rifle through them. This is the step where you should “word vomit” as much you can. The goal is to see whether there is a certain period of time that stands out to you, or an experience that you realize you especially want to tell a story about.

Depending on the message you want to impart in your memoir, you might also want to think about this step in conjunction with your theme, which we’ll cover in the next section. 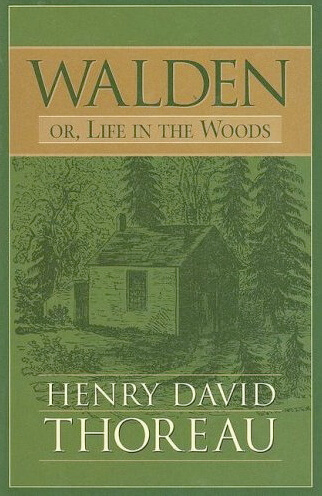 Walden, by Henry David Thoreau. This famous 1854 memoir only covers a two-year span: the period of time that Thoreau spent completely by himself in a cabin near Walden Pond.

Dreams from My Father, by Barack Obama. The 44th President of the United States’ memoir covers a period of 27 years: from Obama’s early years up to his entry to law school in 1988.

Step 2: Build a framework for your story

Of course, a bunch of memories on paper isn’t exactly going to sell millions of copies. Now you want to sculpt them into something that is meaningful to other people. To get the ball rolling on this, you’ll need to sketch out two key elements that will help lay the foundations for your story.

How are you going to structure your memoir?

An autobiography is typically told in chronological order, but a memoir doesn’t necessarily need to.

The structure depends on the events that you want to tell. Is there a certain experience that you want to relay to your readers? Then you may want to center your primary timeline around that set period of time. Or can the subject of your memoir be broken down into a format that’s easier to digest? (See: Nick Hornby’s Fever Pitch in the examples below). For more types of structures in memoirs, check out this post at Ploughshares.

A Year of Magical Thinking, by Joan Didion. Published in 2005, this memoir recounts Didion’s year after her husband’s death. The narrative is structured in a way that repeatedly returns to the event itself, replaying it to explore its emotional impact from different angles in each chapter. 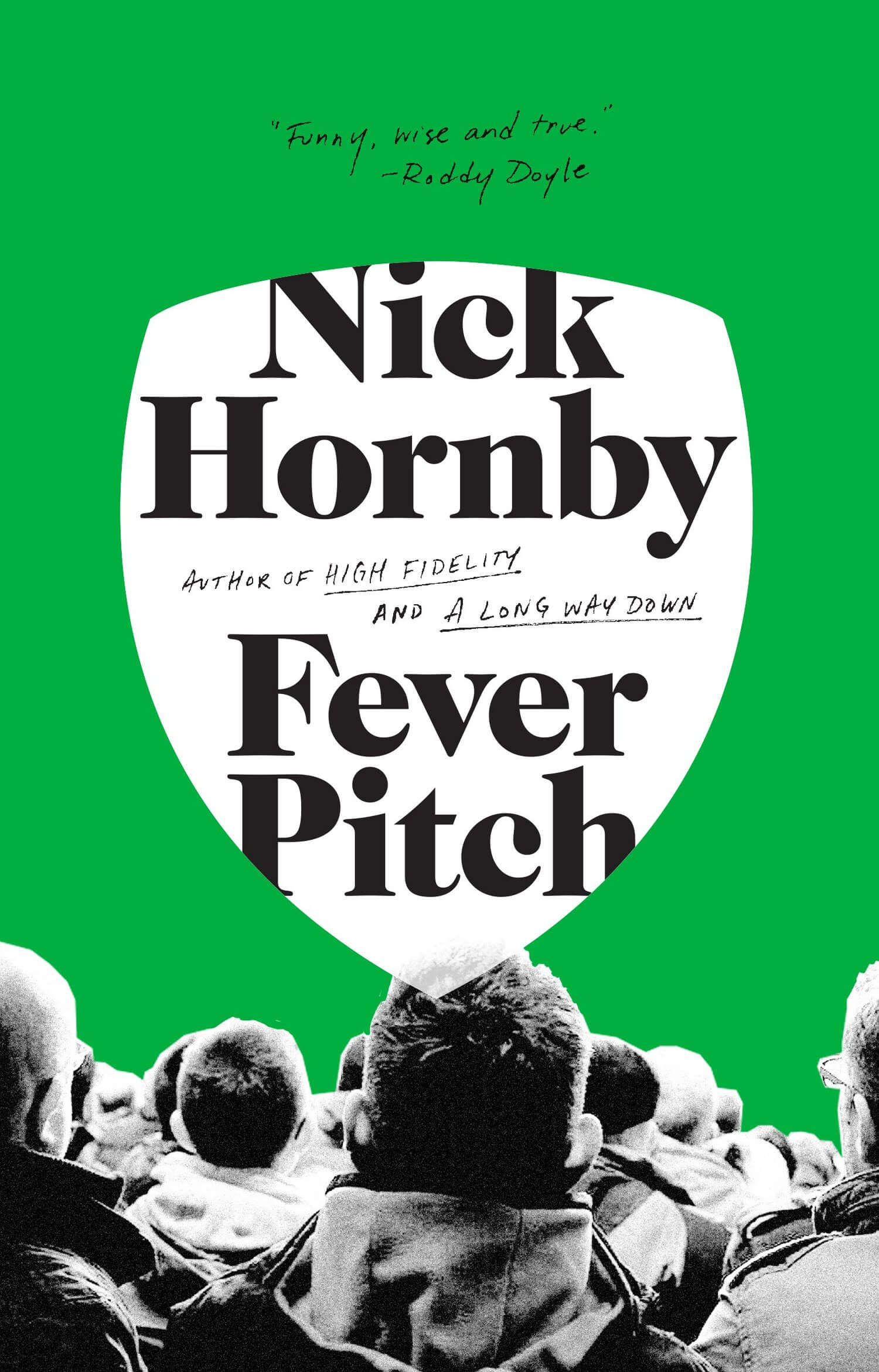 Fever Pitch, by Nick Hornby. This confessional about one fan’s obsession over football — and Arsenal in particular — is cleverly structured in an episodic format: each chapter is a short essay orbiting a football match that Hornby attended.

Eat, Pray, Love, by Elizabeth Gilbert. This enormously popular memoir is primarily structured around Gilbert’s trip to Italy, India, and Indonesia. But flashbacks let her reveal more about her background as well the sequence of events that led her to the current timeline.

What’s the theme of your memoir?

The theme of a story is the universal concept, or “big idea,” that underlies a written work. It can be anything from obsession and vengeance (Herman Melville’s Moby-Dick) to the notion of freedom (George Orwell’s 1984).

Because the theme is often the So what? of a memoir, it can act as an important hook for potential audiences. Examine your past “big moments,” plotting them onto a timeline to see how they bunch together. Are there any connections that jump out at you? What core idea do you want your experiences to discuss and impart? Remember: people (barring your friends and family) ultimately won’t be picking up your memoir to read about you, but to learn something from your story.

Julia Scheeres, bestselling memoirist and a professional editor of memoirs, suggests telling someone your story to figure out your theme. “Note which parts arouse their curiosity and the questions they ask,” she says. “The more you talk about your memoir, the clearer your theme will become in your mind.” For more actionable tips, check out her post on the topic here.

The Gilded Razor, by Sam Lansky. Lanksy’s debut memoir centers around the author’s struggle with drug abuse: a subject that deals in themes of temptation and addiction. 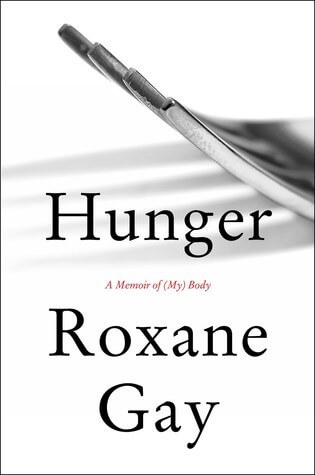 Hunger: A Memoir of (My) Body, by Roxane Gay. This break-out memoir of 2017 is a raw exploration of the author’s lifelong fight with her own body, tackling the broader question of self-image in our modern age.

Step 3: Plot your story onto an arc

By now, you should have a better grasp on the “big picture” of your story, including structure and theme. The next question is: how do you put them together to give your whole story shape and spine? That’s where the story arc comes into play. The magical thing is that a memoirist can give their own life-story a beginning, middle, and end — complete with the peaks and troughs that accompany us in life.

An easy way to think about your arc is in terms of how your protagonist — you, in this case — changes. Re-visit the life experiences that you’ve already noted down. How did each function as a turning point for you? Did they build towards an overall internal change? Did they change your perception of yourself?

Then return to that horizontal line that you drew earlier. Identify the core conflict that ties your entire story together and work out how your past experiences functioned as crises in the lead-up to that climax. Adjust the line up and down as your story escalates or de-escalates. When you’re done, you should have something that looks like this: 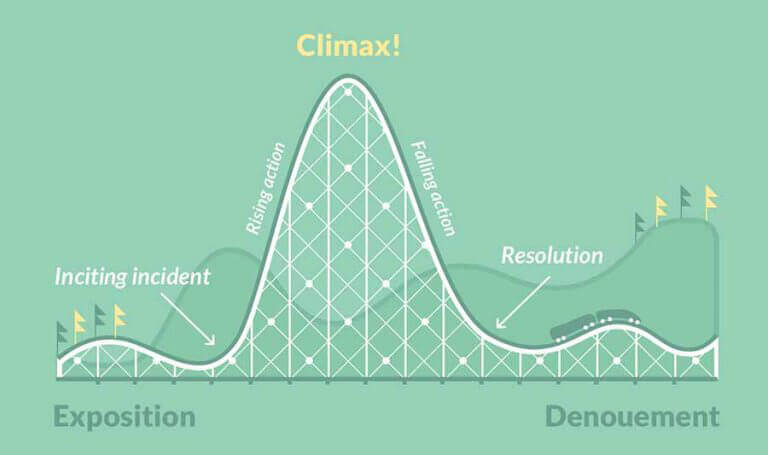 In short, a narrative arc.

Looking beyond the outline

The outlining process lasts however long it takes for you to feel comfortable before you start writing your memoir. However, if you’re struggling to organize your thoughts, there is software out there that can help. Here are several popular outlining options:

Or simply go old-school and use pencil and paper. Or an actual corkboard.

And remember: writing a book is a marathon. Outlining is only your preparation period. The exciting part of it is just around the corner! If you’re curious about what should happen after you’re done outlining your memoir, you can proceed to the next installment in our series of posts on memoirs: How To Write A Memoir. Or, get some expert tips in Marketing A Memoir. However you choose to forge ahead, you can rest easier knowing that you have a solid roadmap in front of you now.

Are you writing a memoir? What's been your experience outlining it so far? Leave us your thoughts in the comments below!

I've read a lot of the Reedsy information about memoirs, finding it all very helpful and I'm around 20,000 words in. Recently I'm struggling over how to bring it to an interesting end, and whether I can reach the length of a novel.

What makes a tragic hero, tragic? In this post, we'll tell you everything you ever wanted to know about this literary archetype: from its ancient origins, to the characteristics of a tragic hero, to examples of heroes and heroines from literature.

Among these 35 popular book genres, there's bound to be one that fits your book like a glove — so let's find it!

Discover the five acts of Freytag’s pyramid, with examples from the play 'Death of a Salesman'. You’ll be a Freytag expert in no time!

How to Write a Mystery: The 7 Secret Steps Revealed

Want to know how to write a mystery? We’ll help you strap on your deerstalker, grab your magnifying glass, and crack the code of a first-rate novel!

Book Writing Software: 11 Programs to Bring Your Book to Life

The right piece of book writing software can make all the difference. We break down 11 options so you can get writing today.

Looking for a ghostwriter?

The best publishing professionals are on Reedsy, come meet them.