Part 1 – What is a Memoir? True Life Stories, Minus the Boring Parts

Part 2 – 21 Memoir Examples to Inspire Your Own

Part 3 – How to Outline a Memoir (in 3 Powerful Steps)

Part 4 – How to Write a Memoir: Tell Your Amazing Story in 9 Steps

Part 5 – How to Market a Memoir: Top Tips from the Experts 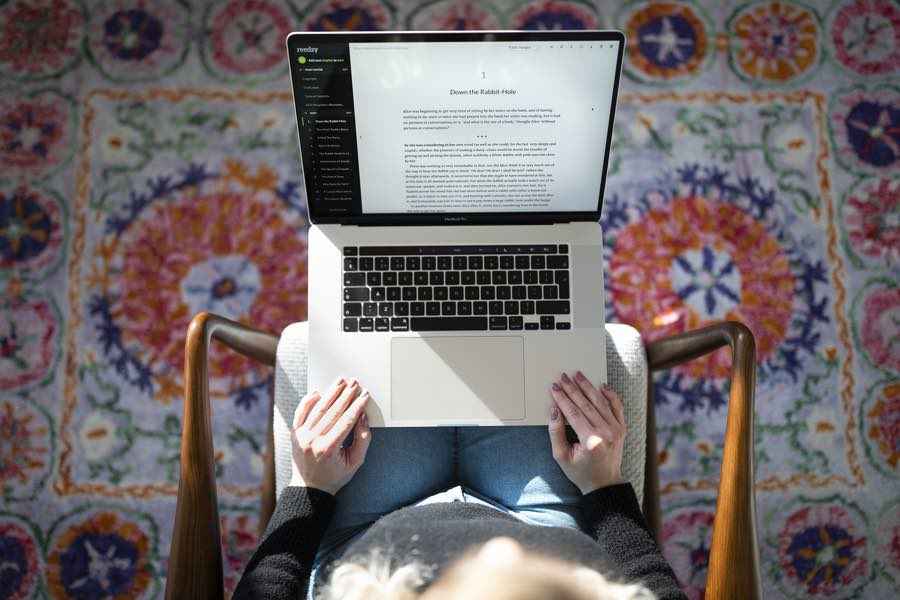 Write your book the way your readers will see it

We've designed a writing app with writers in mind. And it's free to use.

21 Memoir Examples to Inspire Your Own

Writing a memoir is a daunting endeavor for any author: how do you condense your entire life story into a mere couple hundred pages? Of course, you'll find plenty of online guides that will help you write a memoir by leading you through the steps. But other times that old adage “show, don’t tell” holds true, and it’s most helpful to look at other memoir examples to get started.

If that’s the case for you, we’ve got you covered with 21 memoir examples to give you an idea of the types of memoirs that have sold well. Ready to roll up your sleeves and dive in?

21 examples of popular memoirs to inspire your own life story.

The autobiographical memoir — a retelling of one’s life, from beginning to present times — is probably the standard format that jumps to most people’s minds when they think of this genre.

I Know Why The Caged Bird Sings by Maya Angelou. The woman who Toni Morrison said “launched African American writing in the United States,” Angelou penned this searing memoir in 1969, which remains a timeless classic today.

Me Talk Pretty One Day by David Sedaris. Less of a singular memoir than a collection of humorous anecdotes framed around his life as a transplant to Paris, the star of this book is Sedaris’ dry voice and cutting humor.

A Two-Spirit Journey by Ma-Nee Chacaby. Chacaby’s remarkable life — from growing up abused in a remote Ojibwa community to overcoming alcoholism and coming out as a lesbian as an adult — is captured in this must-read autobiography.

One of the most popular memoirs that you’ll find on bookshelves, this type focuses on a specific experience that the author has undergone. Typically, this experience involves a sort of struggle, such as a bitter divorce, illness, or perhaps a clash with addiction. Regardless of the situation, the writer overcomes it to share lessons learned from the ordeal.

In an "experience" memoir, you can generally expect to learn about:

When Breath Becomes Air by Paul Kalanithi. Faced with the prognosis of terminal cancer at the age of thirty-six, Paul Kalanithi wrote an unforgettable memoir that tackles an impossible question: what makes life worth living?

A Million Little Pieces by James Frey. An account of drug and alcohol abuse that one reviewer called “the War and Peace of addiction,” this book became the focus of an uproar when it was revealed that many of its incidents were fabricated. (In case you’re wondering, we do not recommend deceiving your readers.)

Similar to the “experience” memoir, the “event” memoir centers on a single significant event in the author’s life. However, while the former might cover a period of years or even decades, the “event” memoir zeroes in on a clearly defined period of time — for instance, a two-month walk in the woods, or a three-week mountain climb, as you’ll see below.

Into Thin Air: A Personal Account of the Mount Everest Disaster by Jon Krakauer. The controversial account of the 1996 Everest disaster, as written by author-journalist Krakaeur, who was climbing the mountain on the same day that eight climbers were killed.

When you look back on your own timeline, is there a strong theme that defines your life or ties it all together? That’s the premise on which a “themed” memoir is based. In such a memoir, the author provides a retrospective of their past through the lens of one topic.

If you’re looking to write this type of memoir, it goes without saying that you’ll want to find a rock-solid theme to build your entire life story around. Consider asking yourself:

Fever Pitch by Nick Hornby. Throughout an up-and-down upbringing complete with a debilitating battle with depression, the single consistent thread in this author’s life remained football and Arsenal F.C.

Educated by Tara Westover. If there’s one lesson that we can learn from this remarkable memoir, it’s the importance of education. About a family of religious survivalists in rural Idaho, this memoir relates how the author overcame her upbringing and moved mountains in pursuit of learning.

Call the Midwife by Jennifer Worth. Now best known for its BBC adaptation, Worth’s account of her life as a midwife caught people’s imagination with its depiction of life in London’s East End in the 1950s.

In a family memoir, the author is a mirror that re-focuses the light on their family members — ranging from glimpses into the dysfunctional dynamics of a broken family to heartfelt family tributes.

Native Country of the Heart by Cherrie Moraga. The mother is a self-made woman who grew up picking cotton in California. The daughter, a passionate queer Latina feminist. Weaving the past with the present, this groundbreaking Latinx memoir about a mother-daughter relationship confronts the debilitating consequences of Alzheimer's disease.

A subset of the autobiographical memoir, the childhood memoir primarily focuses (spoiler alert!) on the author’s childhood years. Most childhood memoirs cover a range of 5 - 18 years of age, though this can differ depending on the story.

Angela’s Ashes by Frank McCourt. The groundbreaking winner of the 1997 Pulitzer Prize for Biography or Autobiography, McCourt’s memoir covers the finer details of his childhood in impoverished Dublin.

Boy: Tales of Childhood by Roald Dahl. Evoking his schoolboy days in the 1920s and 30s, the stories in this book shed light on themes and motifs that would play heavily in Dahl’s most beloved works: a love for sweets, a mischievous streak, and a distrust of authority figures.

What happens when you put an author on a plane? Words fly!

Just kidding. While that’s perhaps not literally how the travel memoir subgenre was founded, being on the move certainly has something to do with it. Travel memoirs have been written for as long as people could traverse land — which is to say, a long time — but the modern travel narrative didn’t crystallize until the 1970s with the publication of Paul Theroux’s Great Railway Bazaar and Bruce Chatwin’s In Patagonia.

Eat, Pray, Love by Elizabeth Gilbert. Proof that memoirs don’t have to tell catastrophic stories to succeed, this book chronicles Gilbert’s post-divorce travels, inspiring a generation of self-care enthusiasts, and was adapted into a film starring Julia Roberts.

The Great Railway Bazaar by Paul Theroux. A four-month journey from London to East Asia (and back again) by train, this is the book that helped found the modern travel narrative.

The celebrity memoir is just that: a memoir published by a celebrity. Though many celebrity memoirs are admittedly ghostwritten, the best ones give us an honest and authentic look at the “real person” behind the public figure.

Note that we define “celebrity” broadly here as anyone who is (or has been) in the public spotlight. This includes:

Paper Lion by George Plimpton. In 1960, the author George Plimpton joined up with the Detroit Lions to see if an ordinary man could play pro football. The answer was no, but his experience in training camp allowed him to tell the first-hand story of a team from inside the locker room.

Troublemaker by Leah Remini. The former star of TV’s The King of Queens tackles the Church of Scientology head-on, detailing her life in (and her decision to leave) the controversial religion.

It’s Not About the Bike by Lance Armstrong. This is a great lesson on the way authors often write books to create their own legacy in the way they see fit. As history confirmed, Armstrong’s comeback success wasn’t entirely about the bike at all.

Now that you know what a memoir looks like, it’s time to get out your pen and paper, and write your own memoir! And if you want even more memoir examples to keep being inspired? We’ve got you covered: here are the 30 best memoirs of the last century.

Write your book the way your readers will see it

We've designed a writing app with writers in mind. And it's free to use.