What Is the Theme of a Story? Definition and Mistakes to Avoid

A theme is, broadly speaking, a story's central idea: a concept that underpins its narrative. Theme can either be a definitive message like, “greed is the greatest force in human culture,” or abstract ideas like love, loss, or betrayal.

As a writer, it’s helpful to stay conscious of your story’s themes to equip yourself with a compass to show you what’s important in your story. This will guide you toward creating moments that engage readers and deepen your story’s significance — so let’s take a look at why themes are important and how you can tell what a story’s theme is. 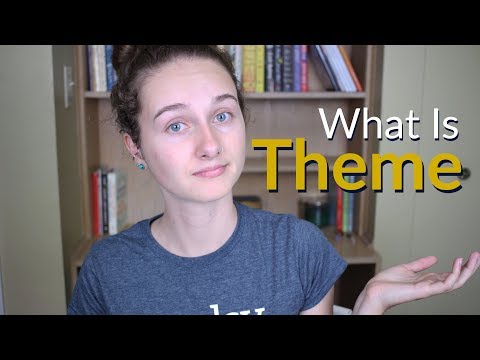 All stories are about the human condition. Characters are bound by common universal truths of humanity. 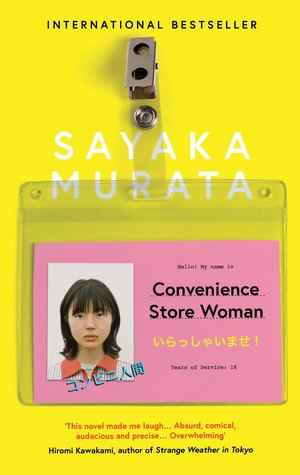 Sayaka Murata’s Convenience Store Woman may not at first seem like an entirely relatable book. Its protagonist is someone who grounds her entire identity and purpose in being a convenience store worker — to the point where she wishes society accepted that as her ultimate aspiration and stopped pressuring her to date and get married.

I wished I was back in the convenience store where I was valued as a working member of staff and things weren’t as complicated as this.

While Murata's story is peculiar, the central conflict of her story (individual vs. society) is universal. It should resonate with most readers, making them more invested in the protagonist’s struggles, even if they don't share her specific experiences.

Learn what a literary theme is and how you can identify it in this post by @ReedsyHQ!

Sometimes, the theme of a book will take the form of a hypothesis where the story plays out as a “what if” experiment. Here, authors have the chance to use characters as imagined case studies of human behavior, examining, for example, how different people react to the same events.

William Golding’s Lord of the Flies takes human morality as its central theme. It focuses on a group of boys stranded on an island and forced to fend for themselves. The children soon create their own micro-society on an island, with power structures, internal politics, and, eventually, violence. In short, the novel's thematic statement — its hypothesis — might be “If isolated from society, human beings would not act ‘morally’ anymore.”

By showing each character’s slightly different experience and perception of events, Golding explores how complex “morality” is — contrasting his characters' desire to conform with their sense of behaving correctly. In this way, the complexity of morality becomes the book’s organizing force, the central source of tension that propels the story forward.

A theme can organize and unite separate narrative strands

Not all books have a very tight focus on a single character or mission. Many novels and anthologies contain multiple, seemingly unrelated narratives or points of view united only by common themes.

James Joyce's Dubliners is made up of fifteen short stories, each set in the Irish capital in the early 20th century. His characters are all, in some way, touch by a sense of social paralysis or futility — something that readers have taken to be representative of Joyce's view on Ireland at the time. And as we meet more of these characters — the schoolboy obsessed with his friend's sister, the unfulfilled poet who's jealous of his old classmate, the bank teller who spurns the chaste affections of a married woman — this sense of stagnation and dread only grows.

Much like a music album will have a central concept that elevates it above being the sum of its parts, so too can themes connect disparate story strands in meaningful, insightful ways.

It can be hard to pin down what a story’s theme is, but if you're up to the task, here's a quiz to test your theme-detecting skills with! 🕵️

See if you can identify five themes from five questions. Takes 30 seconds!

We hope we’ve shown you how indispensable story themes are. They’re much more than just a fun trick — stories simply are not the same without them.

In the next part of this series, we reveal some of the most common themes found in literature. When you're ready, let's continue our journey.

Succinct and accurate. You put these ideas (theme, story, plot) into perspective for me. I wonder how you'd look at character (his or her motivations, reactions, dialogue) and how the idea of character is spread across these aspects of the novel.

Thanks -- theme is rarely spoken of. I'd only like to add a word of warning about starting a story with theme. The stories usually suck. They're preachy, awkward, self-conscious. Gives me the heebie-jeebies just thinking about it. But a good story will always contain a theme, even if it takes an independent reader to identify it. A good editor can guide the author into a rewrite based on the theme that has emerged in the story. That's why I love the rewrite phase -- meaning miraculous shows itself.

I'd largely agree with you. The human story feels like it should always take pride of place, as that's what the reader will latch on to — however, there are occasions where great books take a macro idea and then find stories illustrate the author's ideas. Thanks for reading!

Usually I discover my theme during the outlining process. I start by describing the MC's life and his moment of conflict, what unleashes his journey and mission. When I describe the MC and one or two other characters, I get a hint of the theme, but I can only see it clearly while writing the early chapters of the first draft.

This is a wonderfully informative article, and it also helped me realize something about myself in regards to my writing and who I am as a person--a surprising and exhilarating thing to experience! Thinking back on my own writing, I recognized that the stories that mattered most to me were all exploring the same couple of emotions--and so is my current work in progress. Illuminating!

Glad you found it helpful!

Many thanks for your interesting and useful article. I have one quibble. You name theme as (among others) “obsession and vengeance” and “role models and hero worship.” But it seems to me those are the subjects or issues addressed in the books, not the themes. For me, the theme is what the book says about those issues, and therefore pretty much has to have a verb, e.g. “obsession with vengeance destroys the vengeful” or “hero worship is dangerous.” That’s what the author is trying to say. The classic theme “man’s inhumanity to man” does not have a verb, but does imply a value judgement – inhumanity is assumed to be a bad thing. But even here, one can imagine a dystopian novel in which the theme could be “man’s inhumanity to man is necessary for the survival of humanity” in which the population is culled in a future of shortages or due to limited seating on space transport to a new planet when the Earth is about to be destroyed. It’s important for authors to know what they’re writing about, ideally before they start, and certainly before they finish. But I think they need to identify (for themselves) with a fair amount of specificity what it is they want to say about that subject, and write their story accordingly. Thanks again for the article.

Several times I've had a theme emerge: my first novel was supposed to be just a post-apocalyptic adventure, but turned into an exploration of the practicality of pacifism. But if that happens you need to go back and integrate the theme you've discovered into the whole of the writing. And I completely disagree with your view of "Lord of the Flies". It's right there in the title: the boys are not corrupted by the emerging power structure, but by their wild natures, which Golding gives a voice in Simon's delirium before the pig's head. Jack's dominance is just a symptom.

Valuable information as always. Thank you.