Kindle Direct Publishing is Amazon’s publishing platform allowing independent authors to access readers worldwide. In a matter of hours, anybody can create an author account, upload their book, and sell paperbacks, hardbacks, and ebooks through Amazon — without any setup cost. It’s unquestionably the most accessible platform for self-publishing authors.

What is Kindle Direct Publishing? An Essential Guide for Beginners

In this guide, you’ll learn everything you need to know about the experience of publishing on KDP, from setting up your book to mastering keywords and categories. But first, let’s take a bird’s eye view and try to see how Amazon has become the go-to retailer for self-publishing authors. 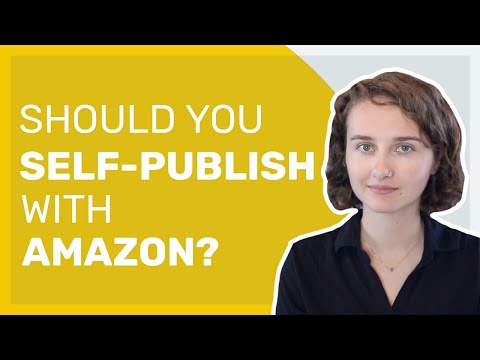 Launched concurrently with Amazon’s ebook reader in 2007, KDP opened up the publishing world. Readers could now not only buy indie ebooks through Amazon.com but also directly from any Kindle device.

Thanks to KDP, authors of niche genres have gained access to readers that previously could have only reached through traditional publishing.

This accessibility has led to multiple waves of bestselling authors who have found mainstream success through self-publishing, including E.L. James (Fifty Shades of Grey), Hugh Howey (Wool), and Andy Weir (The Martian). In addition, there are now countless other indie writers — especially in the romance genre — who earn significantly more than their traditionally published counterparts, thanks mainly to KDP’s favorable royalty rates.

Any author can reach over 80% of US readers

Amazon is the largest bookstore in the world, full stop. While they don’t have the same iron grip in non-English language book markets, one retail news site suggests that in the US, Amazon held an 83% market share of ebooks in 2019 — with the remaining 17% spread between its competitors.

If you’re looking to sell books in the United States and the United Kingdom, KDP is a platform you can’t afford to ignore — especially once you see how they can help you reach readers across different formats.

Pro-tip: Get a read on your audience early by downloading this author market research checklist.

Find your ultimate target audience with our checklist.

You can sell print, digital, and audio in one place

While many people associate “Kindle” with ebooks, that’s just the tip of the iceberg when it comes to the various versions of your book that you can publish through KDP. But let’s not gloss over the convenience of their digital publishing option…

Through KDP’s author platform, you can set up an account, upload a manuscript, and publish it by the end of the hour. Of course, you’ll likely want to format and edit your book to a professional standard first, but the publishing process on Amazon is otherwise very straightforward.

Once it’s live on the Kindle Store, readers can purchase your digital book and read it on their tablets, e-readers, phones, or desktop computers — just as they would any ebook published by a major press.

Paperbacks and hardcovers through KDP Print

Despite the ebook revolution, print books aren’t going anywhere. Several print-on-demand (POD) services are available for self-publishing authors who want a handsome paperbound edition to put in their bookcases (or, you know, to sell to paying customers). With POD, a supplier will churn out copies only when someone orders them — making this system an affordable alternative to large-scale print runs.

Get in your readers’ ears with Audible

Indie authors can also tap into the ever-growing audience of readers who want to listen to their books with Audible, the world's largest audiobook distributor (as of writing). Of course, recording, narrating, and producing a quality audiobook does require specific skills and equipment, things not every indie author has. One option available to Amazon authors is ACX (Amazon Creative Exchange). In this service, authors can match up with audiobook narrator-producers to collaborate on an audiobook for an even split of the royalties.

As a one-stop-publishing platform, KDP allows authors to focus most of their efforts on a single retailer without fear of losing out on too many potential sales — plus, you’ll only have to handle taxes on your earnings made from a single source.

As you’ll learn later in this guide, it isn’t always the best idea to sell exclusively on KDP, but it certainly is convenient — and the royalties that Amazon offers can be rather sweet.

Earn royalties of up to 70%

In the traditional publishing model, authors expect a royalty of around 5-15% on print books and 25% for ebooks. On KDP, authors will regularly receive 40-60% on print books and up to 70% for ebooks. This means that authors self-publishing with KDP would make five times more than a traditionally published author who sold the same number of copies.

While these percentages are by no means exclusive to KDP (you can expect similar royalties with Kobo or Apple Books), Amazon is the market leader and has effectively cemented these as the prevailing rates.

These royalty rates may sound pretty attractive to you, but you should be aware of certain limitations. For example, the 60% royalty on print-on-demand books will look a lot slimmer once you subtract the actual printing costs.

On the digital side of things, the premium 70% ebook royalty isn’t available in all territories and requires you to price your title between $2.99 and $9.99. So if you change your book’s price to above $9.99 on Kindle, your royalty rate will suddenly drop to 35%. This is fine for most authors (if your ebook costs more than $10, you might be doing something wrong), but if you’re selling a box set — where you bundle multiple books into a single product — you’ll be penalized. In contrast, Apple Books and Kobo have no such price ceiling.

But before you make any rash decisions and abandon the Amazon ship, it’s worth sticking around to see what other perks Amazon offers its authors.

As we mentioned at the start, one of Kindle’s big innovations is that they’ve effectively leveled the playing field for self-publishing authors 一 but what does it mean, exactly?

Where Apple Books, Kobo, and other online retailers have groups of humans who choose new titles to promote (or authors whose backlist they’ll feature), Amazon doesn’t have a merchandising team 一 they let their algorithm decide which books to feature and promote.

Why is this good news? Won’t the algorithm just promote famous authors and big new releases?

It’s as if The Terminator worked at Barnes & Noble: the algorithm is a heartless book-selling machine that doesn’t get star-struck by big-name authors. It looks purely at data to determine — in its cold, calculating way — which books to put in front of more readers. Indie authors have an equal chance of seeing their book rise in its category — as long as your book page is optimized to generate pre-sales, sales, and user reviews. This may sound like a big ask, but it’s much easier than calling up every bookseller around the country and begging them to stock your book.

The ups and downs of going ‘exclusive’ with Kindle

Kindle Direct Publishing offers free promotional opportunities that can be accessed through their KDP Select program. You can check out our deep dive into KDP Select for all the juicy details, but in short, they include access to:

As you might expect, there are minor downsides to enrolling in KDP Select. To get your hands on all these delicious marketing tools, you must make your ebook exclusive to Amazon. This might sound like no big deal (after all, most books are sold on Amazon). However, Kindle’s market share isn’t as all-consuming in countries outside the US and the UK. If you aim to reach the broadest possible audience of readers, then being tied to Amazon — if only for the length of a promotion — might be less than ideal.

So far, the downsides of publishing with KDP could be best described as “inconveniences” more than anything else. But before you throw your lot in with Amazon, it’s worth acknowledging the bigger picture.

You have to be okay with enriching a global giant

Monopolies are not a good thing for consumers. As Jeff Bezos’s empire continues to absorb a bigger market share of book sales, retail, web hosting services, logistics, streaming entertainment, and groceries, we should be concerned about feeding the Amazon beast. However, as anyone who’s marveled at ordering an obscure item and watching it arrive the next day can attest, using Amazon makes things a lot easier.

If you’re concerned that you’re contributing to the inevitable Amazon monopoly by selling through the Kindle store, you might be right. But you could also argue that there’s no way to make a living as an author without them and that selling through Amazon is a compromise you need to make, or else struggle to make a profit. If it helps, focus on the fact that Amazon has created a platform that disrupted publishing and tilted the balance of power away from ‘gatekeepers’ and towards creatives.

For some, Amazon’s patchy record of ethics might not be a dealbreaker — but it is something every author needs to consider at the very least.

If you're ready to take the plunge, strap in and head over to the next post in this guide. We'll show you the nuts and bolts of publishing your book on Amazon KDP.

This is such great information...and totally overwhelming to a newbie self-publisher like me! Lots to think about!

So are we shooting ourselves in the foot by searching for our own book using the various key words and categories we've chosen? Since we aren't buying? AND, when we contact Amazon to have more categories, how do we know what the choices are? This is a lot to grasp, but it seems with each step of publishing there is a lot more to learn. Thanks for providing info.