Blackout, But Come Back

Day in and day out, they tortured me. They zapped me with weird lazers and plucked my feathers like I was something special. Which I wasn’t, obviously. How blind were these people? They held me with burning hot chains made of no substance but electricity. It burned into my skin, but they didn’t seem to care.

They kept me in a cell, with the same electric protectors. My beautiful honey brown wings were deprived of their feathers which take forever to grow back. Being a hippogriff is not easy, trust me. The Hunters don’t make my life any easier. They are always watching me, never letting me get one moment of easy sleep. I am oftentimes confused with my brother species, the griffin. It’s all in the rear people, all in the rear.

Anyways, back to my torture.

Every day, people in blinding blood-red coats walked in and ran tests on me. I was starting to get used to it. Needles, beeps, and all kinds of wires surrounded me. Every day I felt weaker and weaker, like a rubber band being stretched to its limits. They never really fed me much, the occasional grasshopper and oftentimes grass, but they’re missing all the good stuff like ferrets, mice, and those tiny little finches. Those were delicious. How did they expect me to survive on grasshoppers and grass like a cow?

Besides this, they never let the other captured creatures come to visit me. Well, except Baxter, but that dog is just a beast. He’s a pit bull, but he runs on electricity. It seems as if this whole place (wherever it is) is run on electricity. I wonder what would happen to the power were to go out...oh well. I’m not getting my hopes up.

It was 9:00 sharp, time for my first round of torture.

The people in the red coats came in with their clipboards and needles. They hovered over me like I would hover over my prey. They poked at me and prodded with weird metal things. I glanced at the clock, 9:15, time to get zapped with electricity.

The electricity bounced through my bones like electrocuted jelly. That clock was the only thing that kept track on my endless hours of torture.

Once my bones settled back into their sockets, a red-coat dude started to pinch my smooth horse skin. I flinched. He scribbled something onto his clipboard. He pinched again, I flinched, he wrote. This went on for a few minutes, and he left without a word. Not even a goodbye. Although, he did leave me with a large red spot on my damaged skin. I tried to struggle, but the substance-less chains didn’t allow it.

I wished I could be free and fly away back to my brethren and family. Oh well. So much for that hope. For all I knew, I was going to be stuck here for the rest of my shortened life.

The white walls were blinding, so I closed my eyes. My weak bones were so glad to be still.

After more poking and prodding and red-coats writing, they finally turned off the lights and left me to sleep.I sighed a small sigh of relief as my body slowly shut down for sleep. My chest heaved and relaxed as did my brain.

I thought I heard Baxter bark in the night, but maybe it was my imagination.

A sudden CRASH in the halls woke me up. I craned my neck to try to look out the window, but to no avail. I huffed and let my neck go limp. More crashes followed. One moment, I was tied with an invisible force, and the next, I was simply lying on a table. I wiggled around and sat up. I preened my feather-deprived wings and got off the table. My strength was slowly returning. I noticed that the ‘door’ was gone and a big creature stood in the hall.

I cautiously peeked my head out.

It looked like a unicorn. But, then I noticed the wings. An alicorn, I thought. I walked out and stretched my aching wings for the first time in what seemed like an eternity.

“Hello there,” the alicorn said.

“Woah, woah, chillax.” His tone was soft, but hard (if that makes sense). “I’m Larry the alicorn. I’m your rescuer. Now let’s get out of here before the scientists wake up.”

“But how did you knock the power out? Aren’t you going to ask my name?”

“Tsk, tsk, too many questions, Cedric the hippogriff.”

I’m sure my beak was hanging wide open.

Sure enough, doors were opening and shouts were being made. Baxter joined in with a few warning barks.

“Okay, I chose now.” Larry turned and walked, his hoofs echoing throughout the hall. His walk turned to a trot. I followed closely after him. Once we were in a place big enough to land a helicopter in, Larry flapped his wings and took to the dark night skies.

Unsure what to do, I flapped mine and followed him. The sky was an endless blanket of darkness as far as my eagle-eyes could see.

“So, how exactly did you bust me out?”

“That’s easy, I simply kicked the power box and boom, no more power.”

“Mhm.” The sound of our wings beating and the occasional cricket greeted our ears as we flew. Countrysides, plains, forests, and valleys passed far below us. But the air in my feathers and the nice cool night was enough to make anyone happy. I’m especially pleased that my dream came true, freedom tastes so sweet.

But, I suppose there are always two sides to every story. I mean, yes freedom is nice and all, but there is still danger in the world. The Hunters are still out there, natural disasters happen, mad scientists fail an experiment, and sometimes emotions can eat you up from the inside out. But, despite this trauma, there is always hope. Let me say that again. There is ALWAYS hope. Maybe you’ll have a power-outage soon. Maybe you’ll come across a friend to help you. Or, maybe you’ll use your creative mind to find another way out. I know you can. Don't let those red-hot emotions get the best of you.

You can decide the plot lol

okie, how about they find some ancient castle and idk have to defeat something or someone?

"okay, makes sense." I tried to go back to sleep, and my body cooperated.

(noice) I woke up with a start, the thoughts from last night dancing in my head.

I sat up straight, trying to remember what the voice said.

I wondered if I should wake up Yogin soon.

"Ack!" Darwin had closed his hand, gently, but still. "Thunderbirds." He whispered.

"What are those?" I whispered back

Happy fiftieth, She-Wolf! This wasn't as bad as you think (I know the feeling, don't worry). I felt for Cedric the Hippogriff when he was being tortured by the Hunters. It was fascinating that everything at the facility was running on electricity -- even the dog. And I loved the end message about hope. You always have a way of relaying them in powerful ways. With that said, I feel like there could have been more to the ending. You know? A little more emotion, maybe, as Larry and Cedric escaped and flew through the sky. I think that would hav...

aw thanks. I'll trust that you really mean it :) yeah I felt like the ending was rushed too XD hehe yep. Thanks :)

When it comes to critique, I say what I mean and mean what I say. 😁 I get that too, believe me. No problem!

thanks <333 :) how have you been? and man, I've got a great idea that fits no prompt what so ever hehehe and it involves animals and traitors yay lol

Well, I had a really busy day today: lots of cleaning, plus some cooking. And tomorrow I've got yard work and laundry to do. So that's that. Ooh, yes, write it. Write it! I love animals -- and when traitors enter a plot!

nice. That's understandable :) hehehe write it? It's already half way done XD and apparently I like medieval plot lines because most of my stories take place in a forest or castle and have some kind of system lol 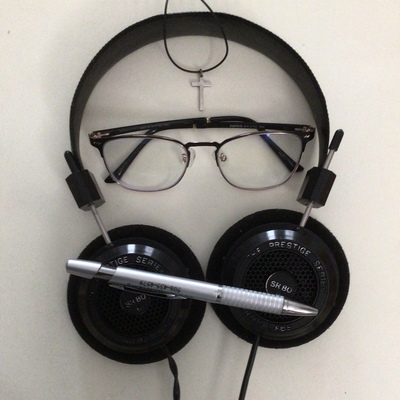 A great fiftieth! I think this story had a really creative idea/plot, with the Hunters, message, alicorn, and hippogriff. (I especially liked the message.) I also agree with Phoenix Hawkins. I would have liked for you to expand on the ending and story. But there's only so much you can do. Great job!

thanks! yeah I liked the message too. ik, but I was bored with the story lol. My next one is probably going to be the longest story of mine, it's like 2,000+ words already.

No problem. Ooh, that sounds interesting. I look forward to it coming out!

hehe me too :) hmmmm should they all die or only one of them, or should it actually end happily lol

How about you kill one or two, but make it end happily. Like a “smile through the pain” thing. Maybe make it inspirational in a way? With a message?

hmmmmmmmmmmmmmmmmm I'll think about it. So you want the squirrel to live lol well, I kinda already did the inspirational thingy so why not make it sad XD

I feel like I've read this before... is this a collab?

no...it's my own idea...maybe someone copied it? do you remember where you saw it?

The whole beginning reminds me of it, I think

This was really good! I love stories about mythical creatures, in case you couldn’t tell XD I especially liked the lines, “There is ALWAYS hope.” and “Don’t let those red-hot emotions get the best of you.” Great reminders! 🐈‍⬛

Black out what does title means ?

well, in my mind it means blackout like you know, a power outage where cities 'black-out' if you will. or like getting knocked out, but coming back, like boxers or something. it's not the best title ever, but at the time, I couldn't think of anything better so yeah.

no, not at all. It wasn't meant to be offensive.

I wish to transform into a golden trophy

Love this! Looks like my Adapters part 1 a little eheheh :) lol love the trapped-then-somehow-rescued thing lolol.

Happy 50th storyyyyy :DDDD 🎉🎉🎉🎉 The last line "Don't let those red-hot emotions get the best of you." is just aiwuebnfgajsdhfas so good~ this was mysterious and fantastical and just GREAT. mAnGooD jOb 🥭🥭🥭 ~ Amethyst

Geez! I think we got a speed writer here!

Story is well-knit with exquisite and elegant writing style , constituting unique charm; 6 stars to the story

wow, you really think so? thanks!

Really ; " It looked like a unicorn" , ohhhhh unicorns are sooooo cute,

Yeah ; " my beautiful honey brown wings"; it's my favourite sentence.

Eeee everything is eletric~ Aah- the ending was too quick! I wanted mor lol- This was great! 100%

hehehe yep :) ik, I was bored with the story lol. aw thanks.