I am waiting for an answer to a question. I have just asked my boyfriend of five years to marry me. I don’t know why I did such a thing. Well, I do. I love him very much. He’s always been there for me.

He’s always come around when things aren’t looking good. I’m ready to spend forever with him. I’m just not sure whether or not he’ll say yes. I hope he does honestly. I could never live with myself if he didn’t.

I sit here in the meadow and I twirl the rose around in my fingers. Timothy’s always been a runner. The highway is his home. He is a musician and he tours all over the country. He’s off on his motorcycle now. That’s what he always does to think. I’m sitting here by the stream about to jump out of my skin.

What if he never comes back? What if he wanted to propose but I proposed first? What if five years is too early for him? What if he’s not ready to be tied down? What if I scared him off? Oh shit. I hope he comes back.

I look at the ground.

“Fucking redneck,” I shout to the air.

I go to the barn and I take one bottle out. I drink it. No one is here, so no one can see me get drunk. I won’t have to do the walk of shame during closing time. I’ll just sit here and lose it. All by myself, spared from everyone’s judgement.

Five hours pass and he doesn’t arrive. The sun sets over the mountains. The shadows envelope the world. I sit on a log, consuming my fifth bottle of beer.

“What the fuck was I thinking? Proposing to such a God damn lunatic?”

I say, shouting at the air once more.

“I get that man a fucking ring and what the hell does he does he do? He goes and he disappears from the fucking planet? Damn it, Timothy. Damn it!”

I kick the log and then shriek in pain.

“Jesus, Sheila, why do you have to be such a God damn idiot?” I shout to myself.

I live out in the middle of nowhere so no one can hear me, but, hell, even if the whole planet knew, it wouldn’t matter. I am alone. I’m alone with myself. My man, who is the only person on the face of the earth I actually give a rat’s ass about, is gone and might never come back. I’d trade that ring for him any day.

I stumble drunkenly to the barn and get the last bottle of beer, hugging it as though it is my last friend on the face of the earth. Timothy was that person for me for years, until I proposed to him, I guess. I’m fairly certain he’s not coming back. He’s my best friend in the entire world. He’s the one person I always want to come home to, and, now, he’s gone. And he’s not coming back. I run inside and look at my phone, praying that he has texted. He has not.

Finally, I surrender and send, “Hey,” cursing myself for not giving him enough time to think, if he’s still alive that is.

I hope he’s still alive. I’d be heartbroken if the man I wanted to marry died before I got an answer. I’d hate myself for getting drunk and cursing his name instead of actually trying to find him.

I pace around outside, breathing heavily.

Dinner, Sheila, dinner. You have to eat something. Anything.

I doggedly walk inside and pop a piece of bread in the toaster. I go for a walk and take a few breaths trying desperately to calm my nerves.

Breathe, Sheila, just breathe. Maybe Timothy went fishing with Jeff? He likes fishing. Jeff likes fishing and has some extra gear. Oh, or, umm maybe he went to talk to Jeff about bikes.

My phone pings, “Hey, Sheila. Need time to think. Be back tomorrow. xoxo.”

I kick the chair with my foot.

Could this man be anymore fucking cryptic?

Before I can stop myself, I type, “Okay, take your time,” and hit send.

Then my mind starts to go to dark places.

Is he with another woman? Is he cheating on me? He was always quite friendly with Cynthia. Was there something there that I missed?

I sigh and grab my bottle of Pinot Grigio. I take a sip from it. Then another and another and another. My eyes grow heavy as the moon rises and I keep looking out of the window, waiting for Timothy to arrive home. I want to sleep but I can’t. Finally, just as the sun is rising, I see Timothy arrive on his motorcycle. A huge wash of relief rushes over my body, followed by an enormous jolt of panic.

Does he want to marry me? Will he say yes? I hope so, God, I hope so. All of my anger towards him completely melts away when I see him, my heart overwhelmed with joy.

I try to get up but can’t muster the energy too. I have a nasty hangover from so much alcohol and I haven’t gotten a wink of sleep. He opens the door, sits down, and puts his strong arm around my shoulders.

He looks a second time at me and takes in the bags under my eyes and the empty bottle on the table.

“Are you alright, dear? Am I marrying a drunk?”

I laugh. He does too.

“I love you more than anything, Sheila.”

The opening paragraph hooked me, and the ending is even better! I loved reading it! Would you mind checking my recent story out, "Orange-Coloured Sky"? Thank you! 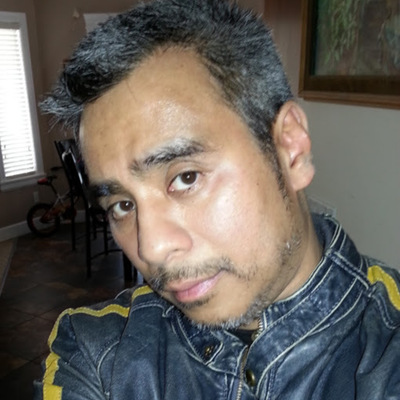 Nice story. Could feel the protagonist's anguish. Glad it had a happy ending. Had me worried there for a minute. Thank you for sharing your story. 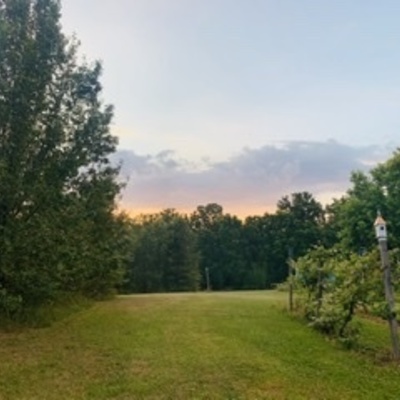 I really enjoyed the ending. I can relate to those moments of overthinking, and then immense relief! Nice job!

Such a sweet ending. A big change in her life, and having to patient will drive to drinking. Great read.

I really enjoyed this. I only wish that it was a little longer to really show her pain. Well done!