Blog > From our Authors, Book Marketing

Carol Cooper is a journalist, author, and doctor. She writes for The Sun newspaper, broadcasts on TV and radio, and has a string of non-fiction books to her name including an award-winning textbook of medicine. In this post, Carol reveals how she got her latest novel, Hampstead Fever, into Britain’s largest chain of booksellers.

For the last few weeks, I’ve bragged to anyone who’ll listen that my self-published novel, Hampstead Fever, is in a prestigious front-of-store promotion in WH Smith travel bookstores. And no wonder I’m proud. Not only am I distributing my novel as an ebook — readers can now get it at over 700 airports and train stations around the UK. WH Smith, after all, is the go-to place to grab a good read for a journey or holiday.

I don’t have a sure-fire recipe for other indie authors to follow, but I can certainly explain what worked for me.

1. Get out and listen to people

I owe a lot to the London Book Fair, circa 2015. That’s where I came across WH Smith Travel buyer Matt Bates. He spoke at Author HQ, a part of the fair dedicated to writers. He was charming, knowledgeable and enthusiastic and he wasn’t full of himself, which, as I recall, one or two other speakers at the fair were.

I said a bland ‘Hello’ to Matt at the end of his talk. I don’t remember my exact words, but I said nothing about my writing.

My book publishing journey began in 1995 when my first non-fiction title came out. I’ve since had a dozen health and parenting titles published in the traditional way by Penguin Random House, Hamlyn, and others. There have also been a few medical textbooks, co-authored with fellow doctors and published by Wiley.

Sadly, neither those books nor my journalism background gave me any credentials in the fiction world. And, when I finally gave in to the urge to write a novel, I discovered that my book idea wasn’t my agent’s cup of tea.

All my non-fiction up until then had been commissioned, but nobody was asking me for a novel, let alone a multi-viewpoint story that didn’t conform to the conventions of romantic fiction. The process of hawking my manuscript around could have taken years, with no guarantee of publication. So I decided to self-publish my debut novel, One Night at the Jacaranda.

3. Make your book as good as it can be

I made a lot of mistakes with that first novel. For one thing, I made poor choices when it came to proofreading. For another, I thought I could magic up a decent cover using a template, a photo of red suede shoes, and a lipstick lying on a carpet. I was convinced this said ‘sexy novel,’ when, in reality, it screamed ‘bloody amateur.’ Still, the book got enough good reviews to encourage me. Eventually, I rectified the cover and other matters for a subsequent edition.

By the time I published my next novel, Hampstead Fever, I had a far better idea of how to do it — much of that thanks to the advice I received through the Alliance of Independent Authors, an organization I would recommend to any indie author.

For this, my second novel, I brought in a great editor and three proofreads, and commissioned a stunning cover design from the highly talented Jessica Bell. The book was meticulously formatted and then printed by Clays, widely regarded as the market leader in the UK.

"For my second novel, I brought in a great editor, three proofreads, and a pro cover designer." 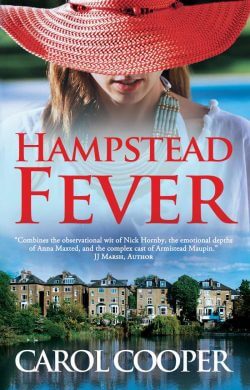 Of course, the cover has an ISBN and barcode, along with a couple of endorsements from authors, and an imprint, Hardwick Press. The name is a little play on one of my character’s symptoms, as you soon find out if you read the novel.

It’s important, at least to me, that neither the cover nor the content are copycats of other titles (and that’s also part of the rationale for going indie). At any rate, when I published Hampstead Fever in summer 2016, the book didn’t just look OK. It looked like a quality product that could hold its own among a shelf of novels from traditional publishers.

Physical books need a distributor. Printing with Clays meant I could use Gardners, one of the mainstream distributors. This, in turn, meant that booksellers can order Hampstead Fever exactly as they would a trade-published book. Deciding on the size of the print run can be tricky. I went for 400 copies, which soon sold out.

However, the key here is to make it easy for booksellers to order your title.

"The key to get your book into bookstores is to make it easy for booksellers to order your title."

My thoughts turned back to Matt at WH Smith Travel, the speaker I said hello to the London Book Fair back in 2015. I knew he had picked an indie novel a while back, but Piers Alexander’s The Bitter Trade is a rollicking adventure set in the 17th century. Would Matt be tempted by a contemporary tale of intertwined relationships?

No harm in trying, especially as by then my book was in many bookstores including Waterstones, Heffers Cambridge, and a sizeable number of independent bookshops, and had featured in local press and radio.  I sent Matt a brief email, attaching that eye-catching cover.

Matt asked to see a copy of the book. There followed a longish silence. Then he replied, proposing a promo in over thirty of WH Smith’s travel bookstores as part of a buy one, get one half-price offer.

I needed to do nothing more, except talk to Clays about a reprint and arrange the discount and return terms that WH Smith requires.

I’m certain the stunning cover did much of the work for me. As for the content, people have been kind enough to say that Hampstead Fever captures multicultural urban life. It’s an easy read and makes people laugh, but it also covers some weightier issues.

To other self-publishing authors wanting to get into bookshops, my single best piece of advice is this: aim for a quality product that booksellers will love to have in their stores.

"Aim for a quality product that booksellers will love to feature." @DrCarolCooper

In your chain of priorities, how important is it to you to get your book in stores? If you have any thoughts, comments or questions for Carol Cooper, leave them in the comments below. Find out more about the author on her website or by following her on Twitter.

Carol, thank you for sharing this fascinating journey. Your image does indeed tell an intriguing story, and that frames the arc within the book. 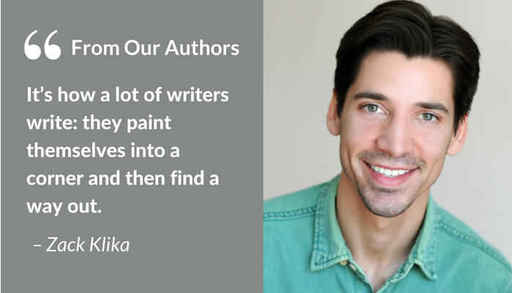 Reedsy author Zack Klika talks about the four biggest pieces of advice he learned about writing crime fiction by working with professional editors.