How One Word Transformed a Hollywood Screenwriter's Career

With more than 25 produced credits to his name, Stu Krieger is best known as the writer of the animated classic, The Land Before Time. Almost 30 years later, Stu is here to share how moving outside his comfort zone has shaped his career as a writer. This fall, Stu is publishing his debut novel, That One Cigarette.

For more than thirty years, I was a screen and TV writer, navigating the shark-filled waters of Hollywood. Despite the constant and unavoidable ups and downs of this life, I got to live out many of my wildest dreams. I wrote the animated feature film, The Land Before Time for producers Steven Spielberg and George Lucas. I was a co-writer of the Emmy-award winning miniseries, A Year in the Life which starred Emmy-winner Richard Kiley and a young Sarah Jessica Parker. I wrote and co-wrote ten Disney Channel Original Movies, including Zenon: Girl of the 21st Century, its two sequels, Tru Confessions with Shia LaBeouf, and Smart House.

If you can’t see something as a possibility for yourself, there’s no way it can happen.

However, none of this prevented me from constantly worrying about the next paycheck. I had a wife, two kids to get through college, a mortgage — and absolutely no job security. It can wear you down. However in the past two decades I’ve been able to find security in the world of writing I love. And I owe that to one word: “YES.”

In the summer of 2001, Lawrence Turman (the producer of The Graduate and the dean of the Peter Stark MFA Producing Program at USC) offered me a chance to teach a class for him. With very little hesitation, I said YES. I found that I loved teaching, loved engaging with the students, and relished the idea of knowing I’d be receiving a modest but steady income.

As my writing career began to wind down, my wife suggested I pursue other teaching opportunities, commenting on how happy it seemed to make me. I did research, queried colleagues, and discovered a job posting for a full tenure-track position at the University of California, Riverside. When they informed me I’d made their candidate short list and asked if I wanted to come out for an interview, I said YES. I got the gig. Four-and-a-half years later, I became a full tenured professor.

As academia became more consuming, I stepped away from opportunities in the film and television world. I was at a point in my life where I didn’t need two full-time jobs. But I am, by nature, a writer. I still needed to write. So, after decades of writing to specific deadlines and page counts, I decided to tackle my first novel. It would take as long as it took to write — it would be done when it was done — and in the meantime, I’d be getting my creative rocks off leaping around in a whole new literary field.

In 2015, I got an email from someone on the UCR campus saying I’d been suggested as a possible speaker for an upcoming TEDx event. They wanted to know if I was interested in participating, and while I barely knew what TED talks were, I said YES.

I then found out I’d have to prepare a fifteen-minute monologue to be delivered in front of a live audience of 500 people while three cameras rolled — and I’d be doing it with no notes, no cue cards, just me, a headset and a bare stage. Holy s#*t! But I made it through and, ultimately, the talk was very well received. 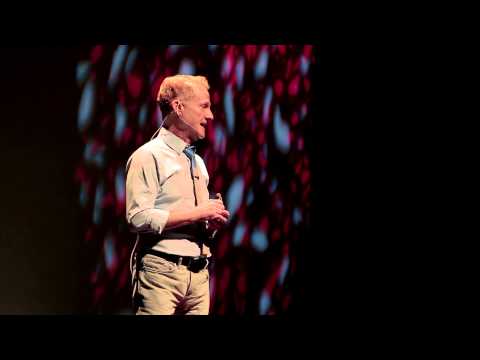 Yes to publishing my novel

After the talk had been posted to YouTube, I received an email from Publishizer, a company that connects authors with publishers after launching a pre-sale campaign to generate interest in the project. They asked if I’d thought about turning the topic of my Ted talk into a book. I hadn’t, and told them instead about the novel I’d been working on. After my pitch, I was asked if I’d like to work with Publishizer to try and get my book published. I said YES.

The next challenge was to find an editor. Publishizer founder Guy Vincent suggested I check out Reedsy. He said he knew several writers who had worked successfully with editors through them and asked if I wanted to give the site a look? I said YES. On Reedsy I hired assessment editor Lauren Hughes, who would become the first outside eyes to read and offer a detailed analysis of the manuscript’s strengths and weaknesses. Her in-depth memo was incredibly positive and encouraging, and her suggestions for improvement were sharp and beneficial. I said YES to her notes and revised the manuscript accordingly.

After a successful pre-sale campaign with Publishizer — that resulted in over 300 books sold — I received interest from fifteen publishing houses and signed a deal with Harvard Square Editions. My first novel, That One Cigarette, will be on sale November 24, 2017.

All of this is happened because when opportunities arose, I said YES to them. In each instance, I had no idea where the new road would lead, just that I wanted to meet each challenge head-on. Staying engaged in life is a really good way to keep from being dragged under by the inevitable gravitational pull of aging.

Staying engaged in life is a good way to keep from being dragged under by the pull of aging. 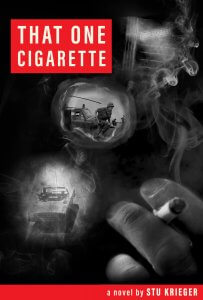 One of the perks of becoming a professor has been that I’ve learned to listen to the things I tell my students. This “practicing what you preach” business really has its benefits. Who knew? I am endlessly encouraging my students to be proactive. If you can’t see something as a possibility for you, there’s no way it can happen. I often tell my students that one day I’ll go to court to legally change my name to Professor Nike, because when they come to me with a dream, a goal, a project they’re hoping to pursue, my response is always the same: “Just do it.”

I have no idea how That One Cigarette — a counterfactual history tracing four families from November of 1963 to January of 2009 — will be received. There’s no way to know if it will get some decent reviews or if my readers will enjoy it. What I do know is that when someone asks me if I have a book coming out this fall, I can tell them… YES.

Please share your thoughts, experiences, or any questions for Stu Krieger, in the comments below!

That One Cigarette is available for pre-order from Harvard Square Editions.

Great advice, Stu. It's so refreshing to see someone actually walking the walk. Best of luck for every success in your new novel. Can't wait to read it!