Having previously published many children's books, Malaika Rose Stanley is no stranger to publishing. Yet with Loose Connections, she attempted something completely different from her usual style of writing. Read on to know what it was like for her to self-publish her book and go on a familiar yet new adventure.

Loose Connections is my first independently published book, my first book for adults and my first non-fiction book. But I have a history of writing traditionally published books for children dating back to 1996. I had to look back and check — and I’ve completely shocked myself with the realization that I’ve been involved in this writing and publishing malarkey for twenty years!

‘Write what you know’ is a well-worn authorial snippet of advice, a cliché. At times, I’ve taken heed but at others, I’ve totally ignored it. My motivation for Loose Connections and for all my books has been to write what I love, to write what stirs my soul; I don't plan them so much as channel what flows through me.

My sons were born in the 1980s and I started writing children’s books when I realized that the lack of diversity in children’s and young adult books had persisted from my childhood to theirs – and I wanted to do something about it. I started to write Loose Connections because I wanted to tell another invisible story — of my mother’s incarceration in a mental hospital as an unmarried mother of a mixed-race child, and of what came before and after. At first, I tried to write the story as fiction; I tried to write it without including myself so the transition to ‘creative non-fiction’ and ‘family memoir’ was a lengthy process. I have files buried on my hard-drive that are at least ten years old.

Why I chose self-publishing

I decided to go down the route of self-publishing partly because I am familiar with and realistic about the barriers into traditional publishing for people like me. I’m not a bright, young thing with a literature degree from Oxbridge or a creative writing master’s degree from East Anglia or City & East, at the beginning of my writing career.

I’m not seen as ‘commercially viable’ or ‘marketable’ with a blog with thousands of followers, a huge social networking platform or a reality TV fan-base. I’m more likely to be perceived as a grizzled old cynic, with a chip on my shoulder and an axe to grind.

It’s not true, of course — I’m actually rather delightful, with a story to tell! Loose Connections was published at the beginning of June — and my first Amazon review says it’s a ‘…wonderfully moving book… really well written, clear and simple but heartbreaking too.’ Also true!

I decided to self-publish even though I didn't have a huge social networking platform or fan-base.

The Reedsy marketplace was a revelation. Although there is an option to ‘shortlist’ up to five professionals, I quickly narrowed down my choice to two editors and sent them a request for a quote for a structural edit together with a synopsis and the first chapter of my book. They both responded very quickly and it was clear that they were highly skilled and experienced. I thought either would be able to do a good job so my final choice came down to cost, although I definitely struck gold with Gillian Holmes. She did a first read-through, followed up with a phone call about possibly libelous content and my overall intentions for the book, a few minor copy editing corrections and queries about continuity, proposed cuts and a couple of gaps, in tracked changes – and then a detailed restructuring proposal. Wow! Her recommendations were straightforward and simple but I clearly hadn’t been able to see the wood for the trees – excuse the continuing lumberjack analogies – and her suggestions were spot on! 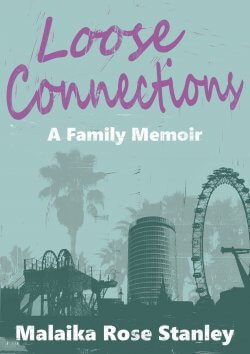 I had previous experience of working with editors and I was never in any doubt that the money invested in editorial services was well-spent but I had never commissioned artwork before and by the time I got to thinking about cover design, I was flat broke. I contacted five designers with a brief that partly consisted of a sob story and a begging letter – and only the vaguest description of what I wanted – or rather, what I didn’t want, which was a photographic image of myself age five, looking forlorn. One did not reply and one declined because he was ‘unavailable to work on new projects’. Of the remaining three, Ben McLeod shone bright – he was generous, enthusiastic and he ‘got’ me. I love the final cover.

My final thoughts on this journey

I admit to being something of a technophobe and I can’t pretend the typesetting process was exactly smooth and stress-free. I had hoped to take advantage of some of the forthcoming new features on the Reedsy Book Editor but a delayed release meant I did have to make a few compromises with the overall layout. However, after a few days of work I was hugely impressed by the final typeset manuscript. It looks indistinguishable from a book from any big five publisher (with all the take-overs and mergers, it’s probably down to three now) and sailed through the Kindle Direct Publishing review process.

What were, for me, the unforeseen advantages of self-publishing have been huge: creative control of my own work, choosing my own editor and designer and yes, compared to traditional publishing, which can take months – or years – even the speed of the process from word doc manuscript to e-book download and beautifully typeset, beautifully packaged paperback book! I would definitely recommend Reedsy and the self-publishing option to any new and aspiring authors and to grizzled old cynics alike. Two months ago, I swore blind I would never do it again, but now I’m already planning my next project, an anthology.

Loose Connections is available on both Amazon US and Amazon UK, get your copy now!

Ever thought of writing a family memoir? Would you self-publish it like Malaika did? Leave your thoughts and experiences, or any questions for Malaika, in the comments below.