Part 2 – How to optimize your blurb for Amazon 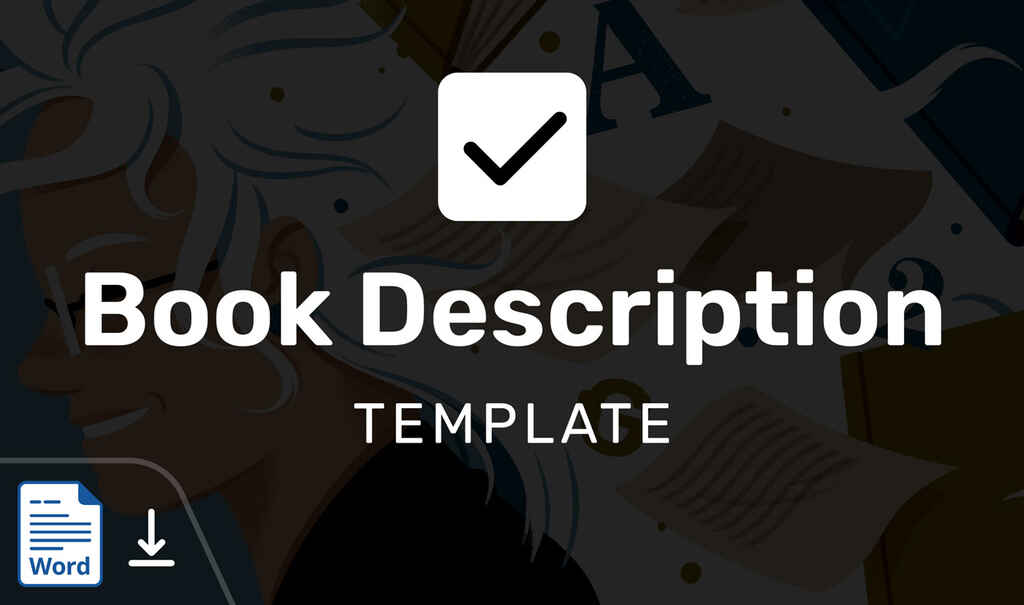 Use our template to write a hook and synopsis that convince readers to pick up your book.

How to Write a Book Blurb: A Guide for Authors

A blurb is a short description of a book that is usually found on the back cover. Its purpose is to entice readers into buying the book by revealing details about its plot, setting, subject, or hook. Blurbs are often between 150-200 words long, though this may vary between genres and publishers.

Here's how to write a book blurb in 4 steps:

“The opening of your blurb has to be incredibly precise and dynamic,” says editor Rebecca Heyman. “For a lot of first-time authors, I think there's an instinct to make sure readers understand everything that happened in the book’s universe before the beginning of the actual story. That's generally a mistake.”

With this in mind, let's get specific about what you should include in your blurb.

Read this: "How to write a novel's blurb in 4 steps"

At its core, novels are a storytelling medium, and that means your blurb has to be about characters. Consciously or not, readers check out the synopsis to see whether they want to spend time with your main characters.

Sometimes, all you need is a name and a defining characteristic: "Daisy, an optimistic firefighter," or "Mo, a lonely tax accountant." These kinds of descriptions will allow your readers to draw a rough picture of your characters in their minds —and understand how they figure into your story's primary conflict.

Remember that brevity is the name of the game here. We don’t need to know your character's backstory.

2. Then set up your book's main conflict

The primary conflict is what drives your story. It’s Harry Potter doing battle against Voldemort and his minions, FBI Agent Clarice Starling negotiating with Hannibal Lecter, or Captain Ahab’s obsessive vendetta against a whale. Without a real-world conflict, you don’t have a story readers can sink their teeth into.

It‘s tempting to talk about “interior journeys” in your blurb, but that’s something best avoided in most cases. While a character’s compelling internal conflicts might turn out to be an aspect that reader enjoy once they read your novel, they make for terrible blurb-fodder.

“Your primary conflict has to exist in the physical world of your manuscript,” says Heyman. “That's not to say that character arcs are not a critical part of what makes a plot dynamic, but they are certainly not going to hook most readers.”

“If we're talking about Kafka’s Metamorphosis, the story is just this big analogy for the human condition, where there's so much happening under the surface. But if we’re writing a blurb, we need to talk about the conflict that’s happening in the physical world of the story — which in this case is, ‘A guy wakes up as a bug.’”

3. Show how the stakes will rise

Without consequences, a conflict lacks drama. A blurb that says “Jack Ryan has 24 hours to rescue the Russian ambassador,” isn’t as impactful unless we know what’s at stake: “...his failure will result in certain nuclear war.”

Let’s see how a few popular books from different genres establish the stakes in their blurbs. In Jojo Moyes’s Me Before You, a young woman becomes a caregiver for a quadriplegic millionaire and begins to fall for him.

When she learns that Will has shocking plans of his own, she sets out to show him that life is still worth living.

This single sentence not only establishes the external conflict (“Louisa must convince Will to live”), it also lays out the stakes, which are literally life-and-death.

Hugh Howey’s self-published sci-fi phenomenon, Wool, is set in an underground community known as a ‘silo.’ When its leader decides to break the #1 rule by leaving the silo, a mechanic named Juliette is tasked with putting the community back together:

…. she will soon learn just how badly her world is broken. The silo is about to confront what its history has only hinted about and its inhabitants have never dared to whisper. Uprising.

The conflict: Juliette must mend her community while coming to terms with its inherent flaws. The stakes: The smashing of the status quo and potential anarchy.

To show your story’s full potential, the reader must be aware that something hangs in the balance for your characters.

A good blurb for a novel should set the stage for the primary conflict and establish the stakes.

4. Finish with an appeal to your reader

Most readers have an idea of the book they’re looking to read next. A well-tuned blurb won’t try to sell everybody on the book — it will help people who already want a book like yours see that it’s for them.

"It's important subtly highlight how your book is familiar by including elements that readers are already excited by," says Sione Aeschliman, an editor who regularly helps querying authors through events such as #RevPit. The key is to imply similarities between comparable books without sounding derivative: ensure you also distinguish what makes your book unique.

If you have a book review that favorably compares your books to comparable titles or authors, you could use it to wrap up your blurb. Whether the quote comes from a fellow author or an editorial review from Reedsy Discovery, it can add an extra dash of social proof.

Introduce your main character, establish the primary conflict, layout the stakes, and let fans of the genre see that this book is for them. If you stick to this formula, you won’t go far wrong. So now that you’ve got a kick-ass blurb adorning the back of your book, let’s see how you can adapt it for online retailers.

In the next part of this guide, find out how your can tweak your blurb and optimize it for use on Amazon and other digital retailers.

Finally! An article that gives some "how to" and, most importantly, examples. The web is full of articles that in a nutshell say "Blurbs are important. Learn how to write one. The End." Thanks so much, Reedsy!

Perfect timing as I am struggling to write the blurb for my third science fiction/fantasy book. With this information and all the examples I may have to rewrite the blurbs for the first two books! Thank you so much.

Use our template to write a hook and synopsis that convince readers to pick up your book.