How Writing about Death Saved my Life

Christopher Noël is a professional on the Reedsy marketplace who has been a freelance editor for twenty-five years. He is the author of seven books, including the memoir In the Unlikely Event of a Water Landing: A Geography of Grief, which he wrote following a life-changing disaster.

the world so unsure, unknowable

the world so unsure, unknowable

When my fiancée was killed in a car accident one snowy Tuesday morning, my world crashed as well. As those of you who have suffered profound loss will know, this kind of sudden and total reversal leaves one gasping for breath and grasping at straws—straws of comprehension, straws of connection, straws of any vision for the future.

For many months, these straws proved imaginary, vanishing in my hands. And then, on the one-year anniversary of Brigid’s death, I forced myself to write six pages about her, about how I was feeling. I say forced because, although I am a writer, I simply hadn’t had the heart to commit myself to language; in order to want to make something that will last, you have to believe in the future.

But here’s the funny part. Once I had these six pages down for me to look at and to bounce off of, I immediately sensed a rising appetite for more. This was a startling sensation. I witnessed the mercy of language generating language, six pages ballooning to fourteen, to twenty-one…

Grief can be lethal. Unless you find some way to externalize it — to push it out or ex-press it — a toxic gas builds up in your chest and starts to suffocate you from within. Some seek to rid themselves of this cloud by writing music, some by painting, some by making scrapbooks; others pour themselves into the construction of shrines or monuments. One of the students who died that day at Columbine High School was seen by millions on television, bleeding on the sidewalk outside the building. Later, his mother acquired that same square of concrete, laid it down in her backyard, and then placed above it a glider rocker, where she sits and slowly swings.

"Grief can be lethal. Unless you find some way to externalize it" – @ImpossibleV on writing from grief

My own method was to memorialize through writing. The relief I felt upon seeing my inner chaos converted into orderly phrases, sentences, and paragraphs — the age-old familiarity of crisp black letters on white paper — was so intense that from that day forward, for the next sixteen months, I found myself unable to concentrate on anything besides writing an entire book about my best friend and the freakish experience of losing her. Every new line that emerged through my keyboard transformed one more small puff of poison — as if by alchemy — into a benign and manageable solid state…safely out there at arm’s length.

More than this, though, the process brought an even stranger effect. Telling the story of Brigid’s life, of our life together, and of her death came to feel like a ritual of reclamation. Since I couldn’t restore the person herself, I needed at least to reclaim two things — my relationship with her and my self without her. When someone you love is wrenched away without a moment’s notice, not only is she or he unequivocally gone but so is your role as the protagonist of your own life. One way to claw it back is to reconstruct and resurrect, through art, that unique thing you two made together, to reimagine it in every rich and minor nuance and then to revel in it, to glory in it for as long as you damn well please until… only when you’re ready…you choose to let it go, this time on your own terms. 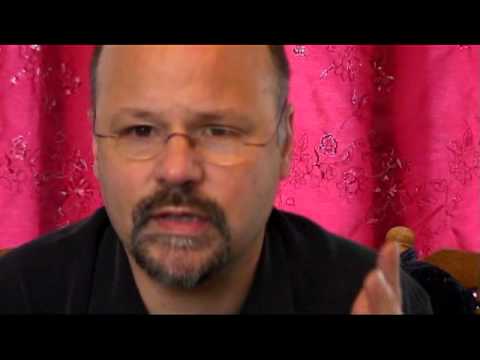 I have long pondered the final words I quoted at the head of this post: “who knows — our grief may hold our greatest hope.” How can this be? How can somebody’s death, the very definition of a negative, possibly translate into a positive? Here’s how: after the event, you can choose either to recoil from the massive injustice before you, climbing into a black hole, or else you can strike out boldly, creatively, right back in its face. The “hope” lies in the second option, in the refusal to knuckle under, in the bright gambit of meaning-making in whatever highly personal form may take.

Don’t rush yourself. Breathe. Let the process come to you. It took me a year of wandering in the forest. There will come a day when you abruptly recognize your path forward.

Once you embark on this path, never be hard on yourself. There are no wrong words, not in the early flow. Everything is tentative and tender here, improvisational, free for later amendment.

Make sure to stay in close touch with your loved one now, as you write, just as before they left the planet. Even across the ultimate boundary, this really works. Talk to them. Listen to them. Whether or not you believe in literal communication with the departed, your own private, quirky brand of conversation will serve you.

At a certain point, after you have drafted your book, you will want to take the critical turn, seeking feedback from trusted readers. This is the all-important sculpting phase in which your project evolves from pure expression, in a vacuum, into a honed and fully realized work of literary art.

Before, all you had to worry about was being true to yourself and to your loved one. Now, you turn your attention to a third party— the reader. This requires welcoming a stranger into an extremely intimate circle. It’s hard but necessary. Such a radical shift calls for an equally radical humility, a craving for rigorous and constructive criticism that has the best interests of your book at heart.

When I was finishing my memoir and preparing it for publication, I often worried that putting the book out into the world might be exploiting Brigid and her early death. She'd already wound up inside a box; was I now placing her inside another, packaging her life and personhood for public consumption? I finally came to the recognition, however, that this natural misgiving would rise to the level of a real problem only if my portrait of her were false. I had done everything in my power to make it genuine, to capture something of her essence like lightning in a bottle, to let her be appreciated and known in these pages, and to faithfully render, as well, my own groping efforts to keep hold of her on some level.

I had to believe that readers existed out there who were experiencing similar pain and emptiness, people for whom my small contribution to the literature of loss might offer much-needed comfort in commiseration — and a valuable insight or two.

If you have any questions or thoughts you'd like to share, please drop a message in the comments below

That must have been very painful and I'm sorry for your loss. As for me I don't think I would have been as understanding. I most certainly would not be able to channel my energy creatively. I'm made of a different cloth, unfortunately. I would be very resentful, and I will want answers as to why this could happen. Especially when I have been tormented and hurt my whole life. Why would a God who supposedly loves his children so much, give them so much grief in one life time. I then would have to question my faith.