What It's Like to Co-Write One Book With Ten Authors

Tanja Rohini Bisgaard is Norwegian and writes short fiction about a future world where the environment has changed as a result of pollution, climate change, and extensive use of natural resources. In this article, she talks about what it's like to co-write a book with ten authors — ten authors who all have different styles and processes, but one common passion: protecting the environment.

At the beginning of 2017, I wanted to write a series of short stories to commemorate the work done by the United Nations in 1987, led by former Norwegian Prime Minister, Gro Harlem Brundtland. It had been 30 years since they planted the first global seeds that would make countries, as well as companies, consider how they could ensure a safe future for their children. 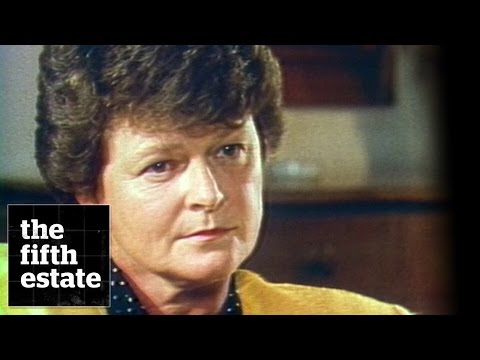 Being Norwegian, it was something that meant a lot to me. In 1987, I was a teenager, and I remember reading stories in the newspaper about acid rain and pollution in Europe. I worried about what would happen to the world and the people in it. When our former Prime Minister stood in front of the world and conveyed the results of the work the commission had done in 1987, I finally felt as if the issue was being taken seriously. That feeling has been with me ever since. In my professional life, I have worked as a sustainability consultant. (I know, I’m a bit of an idealist!) But I wanted to do more, which led me to write this book of short stories.

Gathering a group of ten authors to write a book

I wanted this anthology of stories to detail life in 2047 — another 30 years from now — and what the world would look like in the face of pollution, climate change, and resource depletion. I also wanted the collection to feature a diversity of voices, so my first step was to join a range of niche Facebook groups dedicated to authors writing about climate change. These included:

After getting involved in these online communities, I quickly discovered the breadth of genres within the area of nature-related fiction: from climate fiction (or cli-fi as some call it) and eco-fiction to environmental fiction, solarpunk, etc. But even with these different labels, it was clear these authors had an interest in common. After reaching out directly to many authors, I ended up with a group of ten (including myself) from six countries.

Our stories focus on very different issues. Some are about what will happen to nature and the animals around us, and some are about the science we will need to survive, while others are about how we will manage with all the pollution around us. Some of them are hopeful; others are less so.

I was the “project manager” throughout the process: I set deadlines for first drafts, and encouraged authors to pair up and review each other’s work. I was the point-of-contact with the editor and designer, and I was the one who ultimately published the anthology as an ebook as well as a physical book with POD.

I discovered that each author is different in their approach to writing. That meant I could not treat everyone in the same way. Some authors needed more time while others needed more encouragement. Some contributed a lot of ideas, while others provided very solid writing. In other words, it was important to interact with each author individually in addition to the group discussions — and it was always important to be patient. But that is all part of the package when you work with people — and I truly enjoy it!

The importance of working with professionals for a co-authored book

Since our self-published anthology was written by multiple authors, we knew it was important to hire a professional editor to ensure consistency in the style, format, structure, and language of the story. So we ran a crowdfunding campaign on Indiegogo and raised enough to hire Angela Brown to edit the entire book. Angela was extremely professional in the way she gave feedback, and each and every author felt that their story became better as a result.  Thanks to her, the anthology is now of a quality we’re all proud of.

We hired Reedsy cover designer, Kristian Bjornard — and he ended up being a star! Due to his interest in the anthology’s subject matter, he was willing to be extremely flexible in terms of our short deadline and tight budget for the cover. Straight off the bat, he sent me a large variety of iterations for the cover using an illustration of earth that I sent him, and a second hefty batch of his own concepts.

Ultimately, we ended up going with two covers that we cohesively felt best represented our book. I alternated covers depending on the platform I was selling the book on. It was just too hard to pick one!

I whole-heartedly believe that fiction can make a difference in the world.

At the beginning of the project, there was skepticism regarding the challenge of publishing a book with 10 different authors. Writing can be such a solitary and personal experience for authors — allowing not one, but nine other writers into the process can be a daunting thought! But I believed in the idea and today the project is a reality. Joining forces to produce a book with a group of people who share the conviction that fiction can make a difference in the world was an incredibly rewarding experience.

2047: Short Stories from Our Common Future is available on Amazon and Amazon Kindle.

Please share your thoughts, experiences, or any questions for Tanja Bisgaard in the comments below!

Thank you for this. I’m curious ...how did everyone who submitted get paid or how was payment handled for each entry?