Submitted into Contest #77 in response to: Set your story in a remote winter cabin with no electricity, internet, or phone service.... view prompt

Will tries to pull the door open, while I watch, slowly unable to feel my feet which are almost covered in ice.

I shake the snow off, trying to get some feeling back in my feet.

I rub my mitten covered hands together and put them on my face, attempting to feel some heat.

He keeps pulling at the wood, and finally, with a jerk, it opens, pushing him on the snow-covered ground with a loud thud.

I stifle a grin as he sits there, unable to get up from the slippery ground.

As our eyes meet, he smiles back, his cheeks turning a shade pinker than before, but this time, not because of the cold.

“Maybe it would be best if you left. Maybe we shouldn’t be together.”

My smile fades when I remember what had happened just a few moments back.

He looks away, recalling it too.

As he pushes himself up, dusting off the snow and wrapping his scarf tighter around his neck, I enter the winter cabin in the middle of the woods that Will had rented for the weekend.

The walls are worn out, with pictures placed in different positions, clearly in an effort to brighten up the place, but ending up doing the opposite.

There is a picture of a fruit basket, the colours suspiciously bright.

Another one is an aerial view of a river, lined on either side with lush green forests.

I hear Will grunt as he brings in our luggage and closes the door.

Suddenly it’s dark, a beam of light coming through a small window being the only source of light.

I reach on the wall for a light switch but find nothing.

Will looks at me feeling around for a while, and then decides to interject.

“Oh, by the way, there is no electricity. Or Internet. Or phone service. It’s the middle of the woods, for God’s sake,” he says, rolling his eyes.

I curse underneath my breath.

After what had happened in the car while coming here, I had made up my mind to spend the next two days on my phone, just because I knew that Will hated it.

But now I couldn’t do that.

Will frowns, now realizing what I had just realized.

I’m sure he had the same plans.

I find some matches and light the lanterns on the sides of the walls, illuminating the room in orange.

I light the fireplace as well, daring myself not to ask or say anything to him, knowing that the words that I want will not spill out.

The heat fills the room and gives me temporary comfort.

We start unpacking in silence, the tension almost thicker than the snowstorm outside.

Will says nothing to me, only gestures to pass him something or the other.

We eat the sandwiches we had packed before leaving, now soggy and tasteless because of the cold.

I stop myself from gagging, not wanting to anger Will further.

Without even asking me, he takes the single bed, ignoring my exasperation.

I pull out the sleeping bag, making sure to be loud about it, trying to make him realize that he should be sleeping in it instead of me.

But he doesn’t protest to my grunts, he just turns his entire body and looks away from me.

In a few minutes, I hear snores emanating from him.

As I get in the sleeping bag, I’m shivering from the cold.

I lie here, head on my hand, trying to sleep.

“Guess what? I got the job at Mistora!” I say, having forgotten to tell him before leaving.

“Really?” he asks, sounding surprised, almost as if he didn’t think I would get it.

“Really. Aren’t you proud of me?” I say, ignoring the lack of excitement in his tone.

“Of course I am honey, well done,” he says, training his eyes on the road, trying to smile.

“You don’t sound like you’re proud,” I say, pouting.

“You’re not proud, you’re not even happy for me. Why?”

“I am! I am so happy, can’t you see it on my face?” he says, looking at me and displaying the fakest grin.

“Stop it!” he yells, and my body immediately curls away from him in fear.

“Stop talking! Stop bugging me! Can’t you tone down your voice a bit, do you always have to scream so much? I heard you, you got the job. Great for you. Now would you just leave me alone?”

I lean back on my seat, feeling the tears form in my eyes.

“What is your problem? Can’t you bear to see me happy?” I say, my voice breaking with every word.

“That’s the problem! You are always the one to get the happiness. Where does that leave me? Crawling after you wherever you go?”

He ignores me entirely, and instead delivers his final blow.

“Maybe it would be best if you left. Maybe we shouldn’t be together.”

I blink away the tears and try to get some sleep.

I’m awoken by his deep voice, asking me to get up.

I turn my face to see his towering figure standing there.

I get out of the sleeping bag, rubbing the sleep out of my eyes.

I brush my teeth and wash my face and come out of the washroom.

“I’ve put the heater on, you can take a hot shower,” he says, smiling gently.

I do a double-take.

He’s talking to me.

How is that possible?

“I thought you wanted to break up with me,” I say, crossing my arms and getting straight to the point.

He sets his jaw, trying to look anywhere but at me.

I tentatively touch his arm, and that gets his attention.

“What’s wrong Will? What are you not telling me?”

He lets out a long breath and seats himself on the bed, while I sit next to him.

“You got a job. I got one too,” he says, his hand running over his face.

“That job I applied for, at that firm I’ve always wanted to be in. I got the job,” he says.

“That’s wonderful! Why are you so upset about that then?” I say, confused.

I put my head in my hands, unable to take it.

That’s in another country.

He pulls me to him and hugs me like I’ll float away if he doesn’t.

I pull away from him, and kiss him, whispering apologies between kisses.

The kisses soon become sweaty and uncontrollable, and our clothes are soon on the floor as we shiver in the cold yet get our warmth from each other.

As we become one, we savour it, for it may be the last time we are together like this.

It may be the last time we’re in the middle of nowhere, but we are still with each other, and that’s enough.

It may be the last time our hearts beat as one, and we don’t have anywhere else to be, other than this cabin in the middle of the woods.

We don’t know what will happen next.

But we do know that we won’t let this moment go.

We won’t get it back. 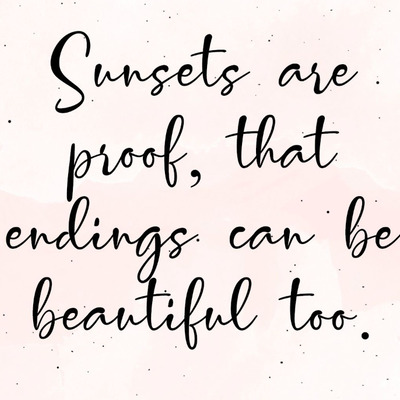 Nice story and I always like your story. Well, I would start with the ending. The end was steamy and lovable. Your maturity is reflecting well there. I kinda love it. I did not like the guy there. And when I see him individually I hate the ending. I felt that he used her. Ahhhhhhhhhhhhhhhhhhhhhhhhhhhhhhh I think I connected with the story a lot. Overall I loved the story, I loved the plot, the dialogues, and everything. Keep writing.

Any problem here. I think i am appreciating you here. Can you tell me what I said you bluntly.

Thank you so much, I really appreciate it! Everyone has their own opinion, so that's okay if you didn't like the guy. Anyways, thanks for the feedback! I would love some critique on my latest story 'Paper and Ink' :)

Thank you so much, I'm so glad you liked it! I would love some feedback on two stories I'm really proud of, 'Not Worth It' and 'Game Over' :)

oh i already read those! they were SUPER good too! I mean, if i were you, I would defintly be proud of those stories! Um, if its not too much trouble, could you read my story "PEACE Tea and LOVE?" thats one im proud of. But no problem. Keep writing!!!

If you've read them, could you leave a comment? I'll be sure to read yours when I get the time!

yeah sure, right after break hold on

Your details were so vivid. I felt like I showed up at this cabin with them. I could see every little detail. At first I thought for sure the man was a narcissist. The way he waved her off, almost mocked her even when she announced her new job. The way he dug into her about having no internet, knowing it would effect her. But it was a nice little twist to see that he was hurt. Hurt people, hurt people.

Thank you so much, I'm really glad that the story connected with you! Thank you for your sweet comment :) I would appreciate some feedback on two of the stories I'm really proud of 'Not Worth It' and 'Game Over' if you haven't read them yet :)

I'll make my way to those in the morning, after I begrudgingly finish my story for the week😂 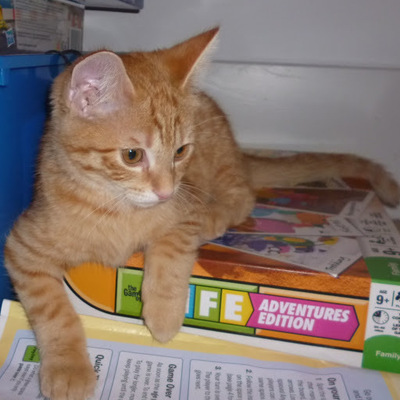 Oo, I really liked this story! I like the twist you took from the prompt but yet incorporated it well too. Great job! Also, I'd love it if you could check out my recent story, if possible :) - Zahra

Thank you so much, I really appreciate it! I would love some feedback on two of my stories 'Not Worth It' and 'Game Over' as I'm really proud of those two :) I'll be sure to check out your latest story!

I will try to get round to that! Just upvoted you :)

Thank you so much, I appreciate it :)

I'll be sure to check it out! Would appreciate some feedback on my latest story as well :)

Thank you! Oh sure, will do:D

I loved this- you captured the roller coaster of emotions beautifully.

Thank you so much, I'm glad you liked it! I would love some feedback on 'Not Worth It' and 'Paper and Ink' if you haven't read them yet :)