When can a ghost catch a break around here?

Submitted into Contest #64 in response to: Set your story in a Gothic manor house.... view prompt

I am exhausted from haunting.

It gets rather old.

At first, it was enthralling––I’ll certainly admit to that. Perhaps not the inception, when my father butchered me in cold, agonizing blood because his auditory hallucinations advised him that I was possessed by a demon. Those memories are particularly distressing, and ones I shall choose not to elucidate; no amount of persuasion will convince me otherwise.

But after that pleasant little episode, things became...interesting. Yes, I couldn’t leave the walls of the manor. And, yes, I was stuck living with the ghost of my deceased nanny, who unfortunately could not understand the perfect peanut butter to jam ratio (the woman used twice the amount of peanut butter to jam; oh, the horrors I have endured). But, when people started arriving to the supposedly haunted manor––visitors and tourists and annoying teenagers who boasted of their bravery before being found sobbing outside the wrought iron gates three days later––I finally had the chance to unleash my first deeply wicked, severely evil, grotesquely harrowing trick:

I closed the doors.

It was the lazy man’s magic trick, of course. But its convenience led me to enjoy the petrified looks on my visitors’ faces whenever a door slammed in their faces without cause. They’d scurry away, breathless, sweat dripping from their brows, gasping for air. Some would faint, which was, frankly, quite stale. I couldn’t do much with the poor souls after they slumped to the ground. Others would release a piercing scream, to which their friends would sprint from every direction and besiege them, comforting them, enveloping them in their arms, telling them it was all make-believe, or magic, or imaginary––until I slammed the door again. Then there’d be howls and wails and shoving and pushing and an “everybody for themselves” mentality.

I’ve precipitated quite a number of separations and divorces. It had to be done. Honestly, I believe I did them a favor.

But it all got boring after a while. Door after door after door…eventually, all their reactions melded together, the same person and the same scream and the same sprint away from the manor, back to the safety of their cities and their mundane lives. Eventually, the visitors grew sparse, trickling through the doors like raindrops, and I’d race all around the house, thirsty for any modest drip of joy they could offer me in this drought of boredom. But they’d soon leave, and I’d stand there, staring at the grand entrance door, for hours and hours and hours.

I needed something new.

And discovered my ability to control the lights.

It didn’t take much; I just needed intense focus to break through the invisible dimension that separated me from the living. I narrowed my eyes at the light switch, envisioning my hand reaching through the barrier, forging a rift in the façade. And then my fingers landed on the gadget––and I smiled.

Once word spread that the haunted manor on the outskirts of town had inexplicable flickering lights––and slamming doors––people started arriving in droves once again, all hoping to catch a glimpse of the presence that preyed upon its visitors. They appeared late into the night, sneaking around the manor with flashlights and hushed voices. At first, the screams were plentiful as soon as I switched the lights on and off. They’d shriek in fear and clamber to the door, rattling the doorknob and leaping through the entryway, shaking and shivering. The confident ones could stay for the first flickering light; but, they’d always be running through the lawn back to their cars by the third flicker and a door slam or two.

And the drought returned.

So, I had to up my game once more.

And started the whispers.

It took practice; it was not easy to speak through the delicate dimension separating our worlds. But I discovered that by concentrating with even more focus than it took to move the doors or lights, by imagining the invisible wall weakening and crumbling, only then I could send my voice through the dimension like a breeze through a tunnel.

And so, the visitors came to hear the ghosts.

I made up stories about murders and exorcisms and demons. The visitors came far and wide, gasping their scrumptious gasps and screaming their delicious screams upon hearing the ghastly stories I wove. I’d whisper a word here, a phrase there; behind the door, in the shower stall, sitting on the couch. The whispers and the murmurs came from every direction, in the ears of terrified guests that were soon to be seen in that familiar dash through the entry doors and across the lawns and to their cars, where they would jump inside and speed away, tires squealing against the asphalt.

Not because they didn’t leave. No; that wasn’t it.

It was because they started laughing. Instead of screaming.

The first giggle ripped through my heart like the blade my father killed me with. And I relived the memory of him there, standing over me, laughing maniacally, screaming in joy as he sliced through the demon he thought possessed me.

Their laughs provoked the memory to play repeatedly in my head.

The visitors laughed and guffawed and chuckled all through the days and weeks when they heard the whispers. They’d taunt me, mimic me. Even children wandered through the doors, giggling as their parents scoffed at the whispers and rolled their eyes.

They all thought it was some…joke. As if some man behind the curtain controlled it.

They thought my manor was some “Ripley’s Believe It or Not” house.

I tried everything I could. I tried making the stories darker, more grotesque. Full of cannibals and murdering spouses and the most wretched creatures I could dare imagine.

The laughs only intensified.

I tried slamming the doors so hard the foundation would shake. I tried flicking the lights on and off so desperately that a strobe effect ensued.

They only rolled their eyes.

I had to find some way to stop the laughter, to bring back the fear. I had to.

And so, I stopped. Everything.

The doors. The lights. The whispers.

And the next time a group of visitors wandered in, I followed one of the young men into the kitchen, where I grabbed a knife.

And then I drove the blade upward, ripping from the base of his throat to the top of his head, splitting his skull in two.

I know it worked. Because nobody laughed after that.

WHATTTT. That ending though. You wrote with such a compelling voice here. The pacing was perfect and I enjoyed your descriptive word choice. I feel like this could have been a great story for the "first Halloween as a ghost" prompt this week, too!! Maybeeee you could do a prequel? I don't have any edits!!

Ohhhh a prequel is such a good idea, also because I'm struggling with the remaining prompts this week! I didn't even consider that! Thanks as always for the amazing ideas and for the wonderful comment. I appreciate you!! :D

This tale is well thought out. I feel like you ran up against the word cap at the end and had to squeeze in the conclusion. I really enjoyed following his descent into deeper and deeper hauntings and wasn't sure until the end if he would give up entirely or rip someone to shreds. Thankfully it was the latter. My only critique would be a lack of climax, it felt quick. Again, I'm sure it is due to the word count restrictions. Loved the concept, and as always the story is well edited. Great submission! –people started arriving in drones on...

Thank you so much for this excellent feedback!! I will take another look at the ending and mess around with it. On one hand, I did want it to be sudden and vicious (the sudden tone shift to murder, rather than just light-hearted “tricks”), but I can definitely see that I might be just too hurried here. And yup, I definitely meant droves—whoops haha!! Awesome catches. Appreciate your comments, as always. :)

It's a wonderful story! It's funny and frightening. Please read my stories

Thanks! I'm a bit slammed this weekend with work/school but I will certainly get to them when I can. :)

Yay for violence! I mean, what? Looooooved it. The pacing was crisp and pleasant, like a walk down a long hallway with carpeted wood—only to have the rug ripped out from under us! And then we were stabbed. I love your ghost's voice. It has the perfect mixture of melancholy, humor, and sick enjoyment. I love this little quip: "...I finally had the chance to unleash my first deeply wicked, severely evil, grotesquely harrowing trick: I closed the doors." It's so mundane and yet, so telling. I found one or two like teeny tiny edits to ...

At it again with the superb edits!! "And then we were stabbed." Ahahaha. And damn those rogue commas; I'm setting fire to all of them. Always appreciate your excellent feedback! For video evidence, please watch "Ghostfacers" on Supernatural. Lol.

Oh my gosh, that makes so much sense now, haha! That episode is one of my all-time favorites! I need to go back and watch that now...Yes, yes. BURN THEM ALL! Just watch out for dry quotations and bursting exclamations!

Hahaha thanks as always for your watchful eye and superb critiques!! Always appreciated. And, #supernaturalforlyfe 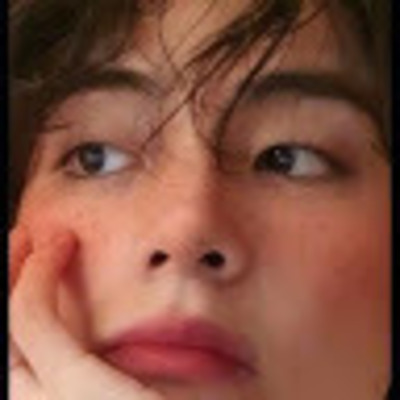 Hi lina...that was a funny and frightning piece of art... Frankly what a perfect ending...i liked your story Keep up the good work👍

Thank you so much for your lovely comment and for giving my story a read! Much appreciated :)

Hi Lina, I liked your story. The emotionally detached ghost is hinted at well right at the beginning by the way they describe their own death. I liked how the ante was continually being raised as the story went on, foreshadowing the final trick to play on the visitors to the manor house. I also liked how abrupt the ending is, reflecting the shock/fear the that wouldn't have been felt. Well done, it hope the feedback was useful. Happy writing

Thank you so much for your thoughtful comment, Andrew! I really appreciate it, and I'm happy you enjoyed my story! Happy writing! :) 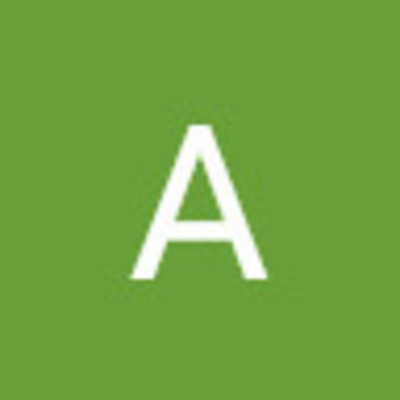 Hello. I hope you have a good day ahead of you. I am actually a student from Malaysia and is currently in my last semester in college. I have to create a website for my individual project and I've decided to create a website for young writers to write to their heart content. If you would like to check out my website, here's the link. https://dayangnurulaisyah.wixsite.com/el-dorado Would you be interested in helping me out with the project by sending me your stories through email or participating in the festive writing/ monthly writing ...