Submitted into Contest #78 in response to: Set your story at a convention for a hobby most people have never heard of.... view prompt

“If I see his face in the crowd, I swear to God, I will straight up puke on stage.”

Carter is trying his hardest not to feel ashamed. It’s the story of his life, really. He's on the verge of hyperventilation and trying his damn hardest not to let the presence of a single person make this day any different. He came to win, dammit! He came with the intention of getting a massive trophy, and no one will get between him and that humongous piece of metal... Or so he tries to convince himself.

Blake doesn’t even bother looking up at him from her phone. “Carter, calm the fuck down,” she says mindlessly, the boredom evident in her voice. She keeps scrolling even though she knows her frazzled friend is looking down at her expectantly, eyes wide in disbelief.

“You think I don’t want to? I just… I can’t! You know how I get around him, you can’t just tell me to calm down! What is he even doing here, how did he know this was happening? He’s going to judge me so hard, Blake, I feel it in my stomach. I feel sick. I can’t go on. I might actually die from embarrassment if I do it.”

Blake checks her watch for what feels like the hundredth time in the past hour. Carter thinks it’s to check if it’s already his turn to walk onto the stage, but really, she just can’t wait to get out of here. She definitely should’ve packed more books for their weekend trip.

Carter looks down at himself with a miserable sigh. "And the costume! Good Lord, why did I think the whole cowgirl thing would be funny? I look like an idiot in this cow-print skirt, and Christ, the boots are even worse," Carter whines. He looks and sounds as though he's truly about to cry.

“Is your anxiety also suddenly making you stupid? The outfit is funny, plus you look good in it. And anyway, if he’s here, then he must be into this weird shit too. What normal person would waste their Saturday afternoon at a goddamn animal sounds convention if they weren’t just as into it as you are?”

Carter's ears completely skip over the initial compliment. He gives her the dirtiest look he can muster but even if she’d paid him enough attention to see it, she’d have been far from affected by it. Blake has always been the type to speak her mind impatiently without a care in the world for the repercussions or people’s reactions.

“Well by that logic, you’re also into all this, hm? He could be like you, just accompanying a friend. He probably thinks this is stupid. I won’t be able to do it if he’s here,” Carter complains, not at all comforted by Blake’s words. He thought this would be a breeze!

“You’ve got 5 more minutes before they call your name. I suggest you sit, take a massive breather, and do whatever else you need to do to prepare. If we don’t leave with a podium position, I’m never going somewhere freaky like this with you again,” Blake threatens harshly.

It works. Carter stops pacing the hallway and walks into the bathroom right next to where his friend is sitting against the wall. After looking underneath the stalls to check no one would hear his motivational speech to himself, he props himself against the sink counter and looks at himself in the mirror. “No one can do it like you do,” he starts, slowly but surely regaining his confidence. “You’ve been practicing for months. You got it down to a science. You can do this, don’t be a coward now that you’re so close.” The words themselves are convincing, but coming from his mouth, they’re worth very little in his mind. Still, he pushes through the awkwardness of it all and continues: “Now, you’re going to step out there, and give them a show, ok? And you won’t even look at him once. You’re here for one thing alone. You’re here for yourself.”

Behind the heavy black curtain, Carter waits for his name to be called. He runs his hand over the smooth synthetic fur of his cheap and rather skimpy costume, readjusts the ears on his headpiece again and again without ever being quite satisfied. He’s never been this nervous, but it’s way too late to back out now.

“Oh my, what wonderful bear sounds you just delivered, Mitchell! And now, let’s welcome our third cow contestant of the evening. Everyone, please put your hands together for Carter Donoghue!” Carter doesn’t know where the man’s voice is coming from, but it is excruciatingly loud and manages to send chills down his whole body. People start clapping, and soon after, Carter steps into the spotlight.

He clears his throat, which makes a few people giggle in the audience, then braces himself, and after counting to three in his head, he opens his mouth wide and simply moos. He moos louder than he ever has, even in the comfort of his own home. He moos like he really means it, because he does. He’s been practicing his moo for so long, it just wouldn’t be fair to himself not to give it his all. Then, he starts moving around the stage, getting more and more comfortable. Carter has a full minute and a half to demonstrate his talent, so he does just that. He gets on all fours, and even though he feels parts of his costume moving out of place in this strange position, he knows it was the right thing to do; it allows him to really get into it. He moves from left to right on the stage’s wooden floorboards, sometimes going in circles, and makes his favourite animal sound, again and again, mooing for different amounts of time and at different volumes every time he opens his mouth. The more he does it, the more he becomes certain he’s absolutely killing it. Suddenly, he sees him in the crowd. Well actually, he spots Blake first, what with her neon green hair, but she’s standing right behind him, as if to taunt Carter. However, instead of breaking down like he thought he would, Carter stands up again. He knows he’s almost at the end of his time, so he gives a final moo, a great, big, powerful one for the finale. As he moos for the last time, Carter looks straight at him, and the boy looks right back. Against all odds, the boy even smiles. And when everyone starts to clap, and Carter bows, blushing and feeling incredibly proud of himself, the boy is clapping too.

Day 2 unfortunately comes to an end. As the staff and volunteers start cleaning up the convention center, an ecstatic Carter and a bored-looking Blake stand alone in the parking lot.

“I did it! I actually did it! Oh my God, Blake. Look at it. Look at how shiny it is. It’s gonna look so good on my desk. Or maybe on top of my bookshelf? I don’t know yet,” Carter says excitedly. He’s been jumping up and down, holding the first place trophy in his hands, for at least ten minutes.

“Yes, Carter, I can see it quite well, you can stop jittering now. Ugh, where is that dang taxi?” She looks around for the ride that’ll take them back to the hotel. Sure, she’s proud of him, but she would never say that out loud.

“You make for a pretty good cowgirl, if I do say so myself. Where’d you learn to moo like that?” The voice comes from behind the two friends, but before they even turn around, Carter knows exactly who it is. His heart drops when he spins and locks eyes with the dashing boy for the second time today. He looks at Blake for help, mouth already half-open and not knowing what to say, but she just shrugs.

“Hum, thanks. I’ve been practicing for a long time,” Carter admits with a shaky voice. His cowgirl costume suddenly feels dumb, and way too short and his trophy, way too heavy. He knows he’s growing redder by the minute, the confidence he had found on stage now completely gone. Never in a million years did he expect his first conversation with Eden, his crush of way too many years to even count, to go this way.

“Impressive,” Eden answers, and Carter can tell it’s sincere. “To be honest, I didn’t think you were the kind of person I’d run into here. The people I’ve told about the whole animal sounds thing always think it’s too weird, so this is actually the first convention I’ve had the balls to attend. And now I learn you’re a superstar cow? Crazy!”

Carter cannot believe the words he’s just heard. He spent all day nearly vomiting in fear of outing himself to the boy as a bizarre animal sounds enthusiast while Eden was walking around, feeling exactly the same? Eden, the boy who is now donning the wide, joyful smile Carter has always loved looking at from afar? The grin and the ridiculous situation make Carter feel warm inside and he almost instantly forgets about all the day’s worries.

Blake walks away, knowing they'll need some time alone, while Eden and her giddy friend get to talking. From the bench she decides to sit on and wait, she discreetly snaps a picture of the two boys. Looking down at the photo, she smiles to herself in satisfaction; she knows Carter will want this for later.

Aw I loved it! Definitely something I'd recommend

Thank you very much :)

What an adorable romance story. I never thought I'd read such a moving story that was also about animal calls. Great job. 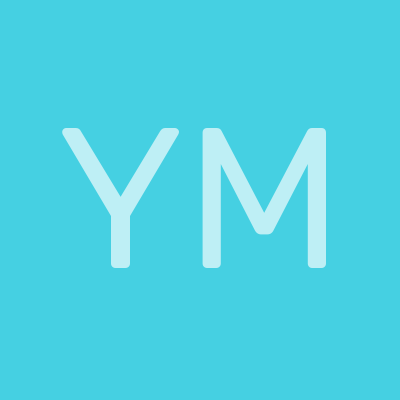 Happy and funny story - love the bizzare hobby! Really well described - I could imagine every scene. Only one comment though and that's referring to Eden as a boy continuously as I began to think it was Carter's son so it was a bit weird when he ended up being a romantic interest. But that's only a minor thing still really liked the story!

Ah, that's actually a good point! Even writing "boy" repeatedly did feel weird but I didn't really know how else to make it clear the three of them are quite young, and that Eden is of innocent nature. Thank you very much for reading, leaving such a nice comment and for the good feedback :)

This story is super cute, funny, and perfectly out-there! The characters and setting all feel very realistic--the whole scene was remarkably easy to picture! Awesome job!

Oh, thank you so much! I was pretty unsure of what I was doing and where I was going while working on this submission, but I'm really glad I somewhat managed to get a lighthearted story across :)

You definitely did! I really enjoyed reading it!

Thank you, I really appreciate it :]

Sweet and cheerful. Are there really animal sounds conventions?

Thank you for the comment! I actually got my idea for this story after hearing about a mooing contest that used to happen in Wisconsin, I found this video from 2011 if you wanna see :) https://www.youtube.com/watch?v=LPRHSYaEbe8 But as for general animal sounds "conventions", I'm pretty sure those have yet to be organized haha

How interesting...there really is something for everyone.