Which writing app is best for you?

What is a Dynamic Character? Definition and Examples

A dynamic character is a type of character — usually the protagonist or hero — who undergoes major inner change over the course of a story. Usually, this transformation is shown through a development in their personality, behavior, perspective, or understanding of life. A famous example of a dynamic character in literature is, of course, Hamlet.

So in this section of our characters guide, let's dig into the world of dynamic characters. We'll reveal why almost all protagonists belong to this category and give you some prime examples from popular culture. 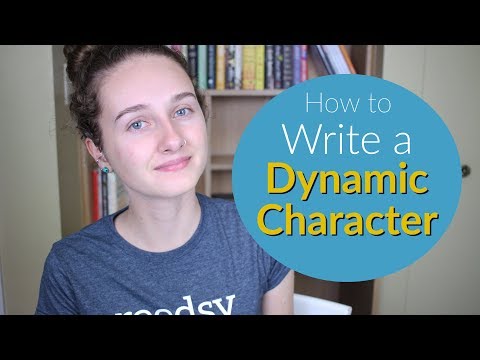 Characters at a crossroads

In everyday life, human beings do change, but usually over a long period of time — or because they reach a particular turning point, such as college or retirement. The narrative arcs found in fiction, however, are all about exceptional moments: the moments when characters are confronted with drastic circumstances and forced to adapt.

For example, in The Curious Incident of the Dog in the Night-Time, Christopher finds out that his dad killed a dog and that his mum is not dead, as he previously thought, but instead living with his neighbor’s ex-husband in London — events that would surely change anyone’s perspective on life.

Christopher only has these revelations because he discovers a dead dog at the beginning of the novel and decides to find out who killed it. His quest for answers sends him on quite the journey, during which he has to overcome several personal obstacles. To surmount those obstacles and solve the mystery, then come to terms with everything that’s happened, Christopher has to become less naive and more independent — changes that inspire new hope for his future.

Christopher’s is exactly the kind of trajectory you’ll find in lots of novels: a condensed, dramatic transformation, kick-started by a character’s goal, and brought about by the personal obstacles they face while trying to achieve that goal. So not the sort of change that happens during the life of your average Joe.

Writing a book? Tell us a little bit about it and we’ll give you the perfect backing track for your writing sessions.

As a coming-of-age novel, The Curious Incident is particularly introspective and character-focused. But not every dynamic character needs to experience an earth-shattering change. In fact, characters in serialized narratives probably shouldn’t have life-changing epiphanies in every installment, lest they transform into an incredibly demented version of themselves.

Demelza from Winston Graham’s Poldark series is a great example of a serialized dynamic character. At the beginning of Demelza’s story, Captain Ross Poldark saves her from a brawl in the streets and employs her as his maid. Dirty and ragged, Demelza needs cleaning up before she can work in the house.

Here the reader might expect an ugly duckling transformation, but it doesn’t happen like that. Demelza grows more into herself, helping Ross to see her beauty, but it's a gradual change: though she’s trying to fit into her new world, she continues to be awkward and different.

Even when she marries Ross and learns how to read and behave like a lady, she still retains a lot of what makes her character so unconventional. She stands out as brave, brazen, and strong (in an important juxtaposition with Ross’ previous love interest), yet also grows in her social capabilities — achieving her goal of belonging among her new society in her own way.

What Demelza shows is that it’s possible for a character to undergo meaningful change — no matter how many books they star in — without losing what makes them interesting, or becoming a caricature.

As mentioned in the previous post, it’s certainly possible for a main character to be well-rounded without changing at all — but it’s rare. Among the protagonists we call “static”, you’ll find several examples of characters who resist fundamental change, clinging even more closely to who they are. So does this mean they haven’t changed at all? Let’s take a look at a couple of examples.

From the outside, The Hunger Games’ Katniss Everdeen wouldn’t be your first example of a dynamic character. She starts out courageous, resourceful, and principled, and stays that way throughout the story. Even after the Games put her ideals to the ultimate test, it's only through her goodness and resourcefulness can she beat the system and leave with them intact.

In Andy Weir’s The Martian, supremely chill botanist Mark Watney is trapped on Mars. He quickly realizes that only his ingenuity and scientific knowledge can save him. He then encounters a chain of disasters that threaten to break his resolve — but by maintaining his trademark cool and returning time and time again to science, Watney is able to survive and ultimately escape the Red Planet.

Both Katniss and Mark Watney find the strength to survive by sticking to their guns and having faith in their unique skills and beliefs. But this doesn't mean they haven't changed at all — it's just that the primary change they've undergone is a strengthening of their character traits.

In other words, Katniss and Watney aren't what you'd call "exemplary" dynamic characters, but they're not totally static characters either. And clearly their journeys were compelling enough to engage readers, since both The Hunger Games and The Martian became mega-hit bestsellers and blockbuster movies!

Heroes can evolve into villains

Much like in real life, saying someone has “changed” isn’t always a good thing. Dynamic characters sometimes fall to the "dark side" over the course of a story, like Walter White in TV’s Breaking Bad.

For those who haven’t seen it, Walter White starts off as a devoted family man and high school chemistry teacher with terminal cancer. To make money before his death, he starts manufacturing drugs and becomes involved with the criminal underworld.

Over the course of the series, Walter White's morality is put to the test in ever more extreme scenarios. Each external conflict Walter faces has an internal result, and throughout the series we watch him toe the line between good and evil. His original intentions — to protect his family even after his death — are noble, but his means to this end are nefarious. As a result, Walter “breaks bad” in what has become a modern paragon of character evolution.

Speaking of Walter White, let's take a look at an infographic (featuring three of your favorite characters) we’ve put together to help you nail down the arc of a dynamic character.

Infographic: What does a dynamic character's arc look like? 🤔

To see how a protagonist's desires, strengths, and flaws influence how a story plays out, we took Han Solo, Walter White, and Katniss Everdeen, and placed them in an unfamiliar setting. Let's see how they develop over the course of a narrative.

If the characters in your story don't follow typical character arcs, you may find it’s harder to nail down exactly how their internal flaws and external conflicts should play out. But even in unconventional narratives, you can almost always rely on the basics. What does your character want? What’s stopping them from getting it? And will they find the strength to change? These questions will help you — and your characters — find the right way.

Of course, too many dynamic characters can spoil the broth. To learn how to flesh out your story with purposeful static characters, read on to the next post!

Thank you for a great post - one of the best I've read on character creation!

I'm glad you enjoyed it, Nicholas! Thanks for reading :)

Absolutely loved this article- really broke it down and the infographic was spot on! One of my favorite book characters is Blue from Maggie Stiefvater's The Raven Cycle series. I would say that one of her main flaws (especially in the first book) is that she has trouble letting people into her life. Her family is full of psychic women, and she is the only one it seems, who is 'normal,' which she tries to tout even though deep down, she feels apart from them and this stirs a deep self-doubt within her. That self-doubt makes her slightly more cynical, and even though she sees the truth of magic/supernatural throughout the book, she still has a hard time accepting it, or letting others in to see it as well. Her strength however, is in her loyalty to her friends, and her own strong will to help her friend (and love interest), Gansey, in his search for the proverbial treasure.

I'm glad you liked it, Jerri! I haven't read the Raven Cycle books, but after your recommendation, I might have to check it out :) Thanks so much!

Thanks for this wonderful blog, it's so interesting for new authors. Thanks

Great article. One of the easiest ways to make characters dynamic is for them to have conflicting ideas or for their inner world and their outer world to be in conflict, which creates tension and conflict. Think about what a person says in comparison with what they think, and show the difference in your fiction. A simple example is a character who is a mother who feels inadequate, who is not a supermarket, who does not always know what to do or say as a parent. Often, using two or three (apparently) disparate character traits and combining them, can work to achieve this. You can write several personality traits on separate sheets of paper and pick up two or three randomly. Then write about the character who shows these traits.

Which writing app is best for you?