A “novella” is a piece of prose fiction shorter than a novel but longer than a short story. No hard rules govern a novella's length — though publishers and awards like the Nebula or the Hugos commonly cite a word count between 17,500 and 40,000.

Authors like Stephen King — who has written a number of classic novellas — will argue that the in-betweenness of novellas has made the form difficult to categorize and therefore market: too long for literary magazines, but too short for book publishers. And yet, they clearly hold an appeal for authors and readers alike.

Certain stylistic choices and elements common to novellas allow authors to retain the intensity of shorter fiction while still benefiting from the nuance afforded to longer novels, creating something distinctly different from other forms of prose.

What is a novella? (Apart from a shorter novel)

So, what common features can one expect to find within the pages of a novella?

Most narratives are driven by a central conflict, experienced by characters the reader can root for. Of course, this is true when writing a story of any kind. However, in the novella, the main conflict is rarely accompanied by the many side plots one might find in novels.

In the novella, the central conflict is often concise and sharp. The author is often very clear on what point they want to make and will do so either through a simple but effective plot or by exploring a central character. Rather than taking a wide approach to a general conflict, novellas tend to hone in on a specific question and dedicate every part of the novella to exploring possible answers.

Example: The Factory by Hiroko Oyamada

Chronicling the effects of corporate culture in an unnamed Japanese city, Oyamada’s novella follows three characters as they navigate a conglomerate workplace, ambiguously dubbed “The Factory”. 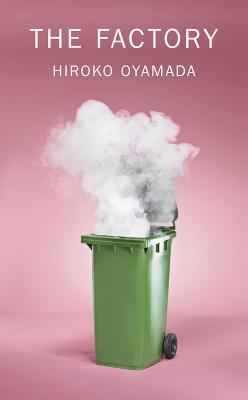 As “The Factory'' slowly begins to establish a monopoly, it starts to swallow the everyday workers that make up its rank and file. Losing all sense of reality and blurring the boundaries between private and professional life, the workers also begin to notice strange creatures at the margins of their world.

The novella provides an absurd but powerful commentary on the meaningless of modern life, where the concept of knowledge has decayed to the point where they can no longer question what is happening to them.

They aren’t overcrowded with characters

The novella also offers an excellent format to explore a main character's mind and emotional universe. Unless the central conflict is the family unit or somehow involves many characters' points of view, a novella is often focused on a single protagonist.

There may be a handful of side characters but any major character development is reserved for the star of the show, because of the logistical factor of word count. Trying to develop too many players in a condensed word count can lead to a shallow, one-dimensional cast of characters. If the author spends time developing side characters, you can bet that they’ll be significant to the central conflict (at which point we should ask ourselves if we can still call them side characters).

While novels can also focus on a single protagonist in this way, the shorter length of the novella means that the central figure's position is usually elevated, and you’re unlikely to find one with an ensemble cast or multiple points of view as you might with a novel.

Before it became a box-office sensation, Breakfast at Tiffany’s was a 1958 novella of roughly 26,500 words. It follows an unnamed narrator — a writer — as he becomes acquainted with his remarkable neighbor, Holly Golightly.

The real star of this show, Holly is a young socialite who lives off of wealthy men. She thrills in disrupting social norms and niceties with her candid revelations and opinions. Through her escapades and in an immersive character study, the reader experiences a life of opulence and decadence, as the drinks keep flowing from cocktail hour ‘til breakfast at Tiffany’s.

Novellas can sustain a faster pace

Despite the propensity for introspection and single-issue focus in novellas, they can also be quite fast-paced. It goes without saying, but it’s difficult to meander with a more narrow word count, so don’t expect the author to beat around the bush. No words are wasted, lending a sense of urgency to the writing. Though it moves quickly, the reader is prompted to pay attention to details, while being guided through the story.

Example: The Lifecycle of Software Objects by Ted Chiang

In 1950, Alan Turing suggested two approaches to creating artificial intelligence: approaching it logically, like you would a game of chess, or approaching it like raising a child. This Hugo award-winning novella is Chiang’s take on the latter.

Ana Alvarado is a former zoo trainer hired by a software development company to help raise their digital AI creations. She forms a close bond with a software designer — Derek — who develops unrequited feelings for Ana. As the AI goes through updates and relations between humans and AI start to take shape, the reader gets a nuanced distinction between them.

Just shy of the 40,000-word mark, The Lifecycle of Software Objects spans two decades — covering birth, death, and everything in between with tremendous economy.

They often feature a wendepunkt (an unexpected turning point)

Following the German tradition of the novelle, the fast pace of the novella may eventually lead to a wendepunkt — an unexpected turning point in the narrative. More so than with novels, plot twists are one of the trademarks of novellas. As authors don’t have all the space in the world to pull at their reader’s heartstrings, they often go for high-impact, gasp-worthy, or poignant turning points to bring their point across.

Sometimes called a novel, sometimes a novella, Passing is a Harlem Renaissance exploration of race and the concept of “passing” as white. The story follows two women — Clare and Irene — as their paths diverge and converge.

Irene, the novel’s protagonist, lives a comfortable life in Harlem with her husband (a doctor) and their sons. She arranges charity balls to gather Harlem’s elite and lives in relative privilege. When she reconnects with Clare — her light-skinned and charming childhood friend — she becomes invested in Clare’s dangerous double life, passing as white and hiding her identity from everyone, including her racist husband.

Through its themes, Passing addresses the psychological and emotional effects of race and racism in 1920s America, hurtling towards an unexpected ending too shocking for us to spoil.

Symbolism is a popular literary device in most genres and forms of writing and is advantageously used in novellas. Don’t mistake the distinct central conflict and fast pace for directness — novellas usually play with what is left unsaid.

Since the author can’t afford to waste precious words on clarifying things, the reader is urged to read between the lines, and seemingly insignificant objects or symbols are often made to communicate a central message and contribute to the plot twist. An author may spotlight an item or character trait to indicate that it will be significant to the narrative.

The key point is that novella writers write with intent: all elements introduced in the story are likely to hold a function in the overall narrative (see Chekhov's Gun for more on this).

This novella, which goes under several different names but was originally published as Schachnovelle, is Zweig’s final contribution to the literary world. In 26,000 words, Zweig explores the effects of Nazism by following a narrator — Dr. B — and his obsession with the royal game of chess.

Driven into despair as a result of the total isolation imposed upon him by the Nazis, Dr. B’s personality splits in two when he begins to play against himself. Traveling on an ocean liner towards Buenos Aires, he comes across a group of chess enthusiasts like himself, including the world champion. Dr. B quickly becomes consumed with the idea of defeating the chess champion and the two engage in a battle of the minds. Here, chess is used as an allegorical tool to express the detrimental effects of logic and strict rationality.

They encourage experimental and conceptual writing

Traditionally, novellas have been focused on more realistic motifs. These days, however, they cover everything between heaven and earth, often through innovative and experimental writing.  With fewer words at their disposal, novellas urge authors to be creative and to approach Big Questions and abstract concepts in new ways. Not only does the format encourage this, but it’s perhaps ideal from a reader’s point of view as well — experimental writing can get pretty tiring when you read too much of it. So, while the word limit might make it more challenging to write, it can also make it that much more rewarding when it’s successful. Besides, if the experiment is a total flop, at least the time investment is likely to have been less, right?

Reflecting on the events leading up to the Russian Revolution of 1917, this allegorical novella comes in at about 26 000 words. It depicts what happens when a mismanaged farm is taken over by its animals. A thinly disguised critique against Stalinism, the animals set out with idealism and slogans aplenty to create a paradise of equality and progress, only to find their revolution descending into chaos and destruction.

While allegories and fables are not exactly new forms of writing, it’s a clever way of delivering a political message, which manages to make it both specific and general enough to appeal to generations of readers. This deeply stylized approach to storytelling (as is typical of literary fiction) may have been tiresome in bigger doses, but the novella format provides the perfect playground for Orwell’s experimentation.

The novella is a truly versatile form of writing which allows authors to flex their writing muscles but doesn’t allow them to go off on a tangent. The result is often crisp, well-thought-out stories that make the reader think, either through a punchy wendepunkt or by putting common themes and Big Questions in a new light.

If you’re keen to turn your own hand to this kind of fiction writing, be sure to check out our post on how to write one.