Submitted into Contest #68 in response to: Start your story with someone admitting a secret and end it with someone telling a lie.... view prompt 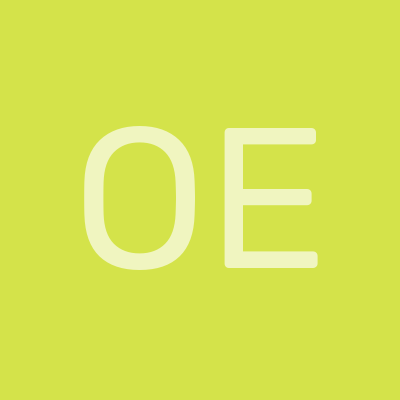 " I have to go Dylan, my boss needs me at the office"she said carrying her bag from the table.

"Alright" I said moving towards her and pecking her lips. "I'll come to pick you by 2:00pm" I told her.

"Yes sweetie, I should be done by then" she said getting out of the door.

Hannah has been my girlfriend for two years now after I ran away from Thailand. She's the only person that knows me and why I have been in hiding. My parents and two brothers all did in a car accident with I being the only survivor. I was taken in by some mafia groups and was like the second in command for my boss. But after killing lot of people, I suddenly realized that being a mafia leader gives me no future, so I decided to leave but being an active participant of the group, Nakimura my boss and caretaker refuses to let me go. I sneaked away killing five of his men. I moved to America hoping I'll be safe here but I got news from one of my loyalists that Nakimura has decided that I should be brought to him dead or alive by all means. It was Hannah who took me in the night I was attacked by one of his men and since then I have been hiding at her place and since we've started dating, I've been given another reason to live, a future but not here. Somewhere far away, where no one can find us and she has agreed to go wherever I want to with me. Shaking away from my thoughts I heard a knock at the door. I wasn't expecting anyone and I had promised to pick Hannah up by 2:00 and this is just past twelve. Picking my gun from the shelf in the nightstand, I move slowly to the door and peeped to see someone I was never expecting. I opened the door sharply, his hands were dripping off blood. "What the heck are you doing here".

I moved into the uncompleted building knowing that no one knows there apart from me and Nakimura, my father.

"Father, why the sudden visit" I asked.

"Is that how you greet your father you have seen since a decade , you bastard"he slapped me hardly making my lips bleed. "You said you will hand him over to me as soon as you find him but what did you do, you kept him in hiding, thinking I won't find you?"

"I can't give him to you father, I love him and he does the same for me and I can't betray his love for me", I shouted to his face.

"Oh really, well I was hoping to do this the easy way but it seems like you want it the hard way so am gonna give you the chance to chose between me killing your wretched mother and your so called lover" he said smirking.

"Well I have already done it, I know where you both are hiding so I give you two days to decide and bring him to me yourself if not your mother will be gone and so is your boyfriend gonna die,take good care of him till then darling" he said exiting the building.

I sat on the floor sobbing, I can't lose the two of them. My mother has been paralysed for 10 years now, father didn't let me stay to take care of her instead he sent me to America to study and be his spy on his enemies. I hate him so much and the guy who made me know what love is, he is going to kill him. I stood up and got out of the building, it was already past one and Dylan mustn't know I didn't go to work and my so called boss is my father who wants to kill him. I have been lying to him for two years and I don't know what to do now. He has always been truthful to me but I never even let him know anything about my family. And I don't want to lose my mother either.

Getting to the front of the supposed company am to be working at even though I have never entered it before, I waited for Dylan.

Few minutes later he stopped his car in front of me and I entered pecking him on his cheeks. "I already missed you sweetie" I said smiling but instead he glared at me.

"Who are you" he said angrily.

" Hello Miss khaning, I am Nakhun,one of your father's men" I heard from the back seat.

"Dylan, I can explain everything to you.

I was so angry when I heard from Nakhun that Hannah was not who I thought she is. So she's been lying to me all this while making think I've got someone to share the rest of my life with but I was wrong.

"I didn't know you were one of my father's men that is being hunt down the night I saw and took you in. It was after a while that my father informed me about you but by then I was already liking you, he wanted me to bring you back to him now and he is blackmailing me using my mum as a threat. And I have just two days to present you to him or he will kill both you and my mother". She finished crying.

"So do you think after keeping all that a secret I will believe what you just told me. Well you are wrong. I don't want to ever see you again in my life, now get out" I shouted.

She kept pleading as she got out of my car but I wasn't listening. I can't believe she betrayed me. Am so disappointed in her.

"Nakhun where is the way to the hideout you were talking about" I asked Nakhun since I've packed my load and he said he has somewhere safer for me to stay.

Two hours later, we got to a bungalow that looks hideous since it was built in a secluded area. We both got out of the car as I started walking in as Nakhun was walking behind me.

As I got into the house, I was immediately knocked out from behind.  Waking up, I realised I was tied to a chair and as I looked forward, I saw a duo I never expected to be together, Nakimura and Nakhun.

"Welcome back to Earth, Dylan. You thought you are smart. Did you think I won't discover the sharing of information going on between and Nakhun" he said laughing.

"Nakhun, how could you do this to me. I trusted you" I said angrily.

"Well sorry you trusted the wrong person. After you left I started informing the boss about all your movement. Everything I said to you for the past two years was all a lie. I was told to tell you that by Nakimura. You were just so foolish to know".