Submitted into Contest #85 in response to: Write about someone fighting to change their city neighborhood for the better.... view prompt

Murder is common in Lark city. Life is cheap and the integrity these scumbags claim to have is shot into their veins. I hate the filth. Last week I surrendered my badge and walked away from the police department. It wasn't easy to leave everything I worked for but that was the first step to make this city a better place.

The problem with being a cop is the restrictions. Sometimes to beat the criminals you have to lower yourself to their level. That's exactly what I plan on doing.

I stand by the window of my apartment and keep watch out of the dying traffic. Nobody feels safe to be out at night anymore. In a few hours, the streets will be filled with the night crowd and crawlers. Lined up by the alleyways and street lights, peddling their products. Most nights I sit in my recliner and question how many gunshots I will hear during their business transactions.

It's time to start preparing to make my stand. I sit at the kitchen table loading bullets into magazines. I find comfort knowing soon enough, my shells will be on the ground, while the smell of gunpowder lingers in the air, and a real difference has been made.

"Brian, we have to stay positive and focus on better days." I hear Kelly's voice so clearly saying those words to me. She was always so optimistic and willing to forgive the guilty. Those rotten scumbags took her from me. They took her life for the money in her wallet. Of course, they needed the cash to get their fix. How could I hold that against them? After their brains are scattered across the wall, I'll try to answer that question.

Kelly was the forgiving one. She was too golden for this city of broken dreams. I don't know why I didn't get her out of here. We could have gone someplace warm or traveled the world together. No. I wanted to stay for my career, and now my wife is six feet under. I blame myself for this. The only thing that matters to me now is bringing punishment to those degenerates.

I walk to the bedroom and slide open the closet door. I reach in the back toward the section I haven’t touched in years. Slip my leather jacket off the hanger and throw it on. I have a .45 in my shoulder holster and another tucked into the back of my jeans. I’m packing enough ammo to hit these guys like a small army. I check the clock and see it’s almost ten now. It’s time to go.

I walk the streets getting closer to the drug house with each passing block. One crew runs this whole area. They call the leader Lucky. Lucky and his thugs should all be in the house, they don’t come out for a few more hours.

While I travel I watch the dull faces of the taxi drivers that pass me by. It’s hard to believe how much things have changed since I was a kid. Lark city used to be something and now it’s been reduced to this grim wasteland.

It’s starting to rain now. I feel the droplets touch down on my skin. I hope it pours and washes all the sins into the sewer. The house is in my sight. The unkempt hellhole sits at the end of the street. All the homes around it have been abandoned. The last of the good people were scared away but tonight the page will turn. Tomorrow will be a fresh chapter and maybe, the good guys will stand a chance again.

I’m no longer on the good guy list. It’s too late for me. When I shot that mugger between the eyes last week, my fate was sealed. I had plenty of options on the table. I’m aware of the difference between right and wrong. I did it because I wanted to taste victory more than justice.

Inhaling a deep breath I stand on the sidewalk before the porch steps. My hand reaches into my jacket and grabs the handle of the .45. This ends tonight. There is no tomorrow for me.

I take long strides carrying myself up the porch before I come to a stop. I chamber my leg before my boot makes contact with the door and bust the panel through the wooden jam. I race into the dirty home, feeling deaf from the adrenaline that courses within. I spot a bald thug in the next room over. He’s snagging the needle out of his arm as I approach. He goes for the gun on the coffee table but doesn’t make it before I sock him in the mouth with my piece. My hearing returned in time to hear his jaw snap. He flung back into the cushions of the couch with a petrified stare. I pull the trigger and put him to sleep without wasting a second longer.

I hear commotion upstairs, there is no turning back now. I reach for the gun in the back of my jeans. I hear them shuffling down the steps as I lunge out of the living room to greet them with two barrels blazing. Before they can react they plummet with the fresh burning holes in their flesh. Three more goons are down gasping their final breaths. I lower the barrel in my right hand to speed up the process. I’ll see you boys in hell.

I hear more footsteps pounding the floorboards. I’m not familiar with the large house. I try to stay calm and not make any sloppy moves. I step to the right to take cover behind the wall. My magazines fall to the floor as I quickly reload both guns. Popping my head up I find myself in a gutted dining room.

Past the stairs, I saw a room I assume to be the kitchen. There is another entrance to the dining room on my far side. I gotta find Lucky. I swing back out in the open firing rounds upstairs to keep my enemies waiting. I hurry down the hall where I see cupboards lining the wall. I bolt in and find two guys making their way toward the second dining room entrance. They didn’t make it.

My boot lands next to one of their skulls as I pass by to return to my previous safe room. My heart is racing but I’m beginning to feel confident. I go for the stairs yet again to engage. I hit another goon who dared peer over the edge.

Now it’s time to make my way up to the second floor. I waste a few shots in the rails to keep any shooters back while I ascend the staircase. The burning sensation tore straight through my shoulder. I lost my balance and tumbled down and almost face-planted into the wooden steps. I quickly glanced at the front door where a guy with a mohawk entered the battle.

I fire with both guns and watch him dive out of the way of my fire and crash into the living room. I stay strong and carry on. When I arrive at the top of the stairs, I see an empty hallway with many open doors running down the pathway. The closest room to me is a bathroom. Before I can approach any other doors I see the thugs popping out to get me. I race to the bathroom with bullets blazing toward my body. I get in the room and immediately spot a second door that crosses into a bedroom. I’m not here to play it safe. Without stopping I burst through the panel and managed to put a bullet in the head of the bedroom’s only occupant.

I hurry toward the opening to get some rounds out. I drop my clips again to reload. I’m slower this time with the harsh pain in my shoulder. I stick the guns back out to continue the fight. I took out one more guy and caught a glimpse of Lucky in the last room darting for cover.

I rush down the hall and enter the room to find Lucky climbing out onto the roof as the rain pours. I fire and catch him in the gut. Unfortunately, I took a hit from behind that toppled me over. The guy with the mohawk is approaching to finish the job. I get my gun up and we fire at the same time. His bullet hit the outside of my neck while mine ripped through his eye socket.

It’s hard to breathe now. I had to sacrifice one of my guns to bring my hand to my neck wound to avoid bleeding out. My work isn’t finished here. I stumble closer to the window to join Lucky on the shingles. I can tell he’s suffering from the shot he took. He teeters his way up and we enter a blaze of fire. I nailed him in the stomach again and he got me in the chest. We both went down.

I see red and blue lights flashing in the distance, my friends from the precinct are on their way to help. Don’t worry boys. I’ll finish him off before you get here. I grip my gun and use the last of my might to rise and make my way over to the drug peddler. He looks at me but he doesn’t say anything. I am the justice he deserves.

“The world will be a better place without you,” I tell him as I claim his life. I lower my arm and allow my gun to drop off the roof. I’ve lost too much blood to go any further. I fall next to the deceased and slowly slip away.

For a second I saw a light. I believe it’s Kelly coming to get me. “I’m so sorry I couldn’t protect you, my love,” I whisper as I fade away. I made sure they could never hurt anyone else. The city you love will be a little better tomorrow.

Awesome story! Had me hooked!

This is really a work of art :)

Some very nice twists and turns in the telling of this tale.

Great story. Makes me feel privileged to live in the UK where guns aren't tolerated in society. Very raw and dramatic narrative. Super. 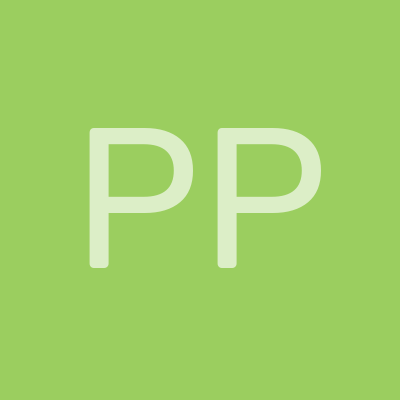 Awesome story, I didn't want to stop reading it.

I love this story! You can’t stop until you know the end! There’s a lot of action to keep you on your toes & the ending was perfect!! If you liked this story you should definitely check out his book Dominance is Key. It’s quite the page turner!! ☺️

Good storyline. I liked why the main character wanted to bettter his neighborhood. For love. But, it just seemed very generic to me, ( the whole story.) I'm sorry if I sound harsh, it's just the way I felt reading it the whole way through. Believe me, I'm no professional critic & I've had my share of critics on various stories I wrote. I tried to learn from them. But since I'm not a professional writer either, I can't teach you what to do different. I do give you kudos though for trying!! Keep trying!