Submitted into Contest #10 in response to: Write a story about someone who is unexpectedly wise.... view prompt

The water was black. Feathery fingers of swill rested atop the clear black waves, rushing along to the south and bringing their familiar stench to the city with it. Wrecked boats, bloody rags, a whale’s worth of dead leaves from upriver, old clothes, wreckage from long-gone houses; everything ended up in the river at least once in its lifetime.

Edward Piecewise stared down at the water.

He contemplated his reflection, or at least what forced its way back up to him through the garbage that obscured the water. His face rippled, and anyway it wouldn’t have been a very good likeness, considering the height he was at. Edward watched as a boxcar load of wicker baskets floated past, and he wondered if downriver, someone would look down and see his body, just another thing floating past, just another everyday suicide.

Edward felt a small drop worm its way out of his eye, and he watched as the tiny collection of hydrogen and oxygen fell, fall, kept falling, down toward the blackness. The tear was caught and held in the palm of a Styrofoam lid, and Edward stared at it as it flowed underneath him and was gone.

Another part of him that had left him and would not return.

He looked up at the horizon. The stars were beginning to come out, winking and smiling at him, as if teasing him to reach out and see, see if he would try to touch them. The moon was rising slowly, heavily, into the sky. The weatherman said the moon this night was to be the best one in the century, a blue-blood-super-moon.

The moon looked fat and orange and Edward told it to get on a diet.

The night sky, aside form the stars, was the blackest he’d ever seen it. It was so dark it was like looking down through a void. Though he’d never seen Star Trek he assumed it had something to do with space, space, and even darker space, and he figured this black night might be something out of that show.

A car roared past him, huge blur of red and screaming lights, and Edward dropped down to the edge of the railing, though the driver could never have seen him even if he was going ten miles an hour.

Then suddenly the car was gone, and the bridge was quiet again.

Edward stared down again at it, the water seeming to draw his eyes to itself like a magnet. Maybe he just liked water, or rivers, or maybe he looked at it with some sort of horrified fascination, like a prisoner did at the firing squad.

Sofy had loved the water, with a deep and difficult love.

Tears fell thick as rain now, as he remembered her. She’d left in a whirlwind of blue, the color she always seemed to represent. Her last words still left a hole in his heart like a carving knife, the fact that she’d yelled in his face how much she hated him.

At first he’d been glad. Maybe I hate her too, he’d thought, and I’m just better off without her.

But then as the weeks turned into months and she didn’t call or visit, the pain began filling up the hole that she had left in him. Sadness seeped through his every particle, and he spent his days in alcohol and gambling money, trying to burn away the regret and pain.

He loved how she laughed, how she tied up her hair so messily it always came undone after a few hours. He’d loved how she had a fetish with brushing her teeth and how she’d scold him when he didn’t do his own, even though she knew very well he’d forgotten on purpose because he loved it when she scolded him.

Theirs had been a quick romance, a highschool sort of romance. He would bring her flowers and she would take one from the bunch and push it though his jacket buttonhole.

Edward tore his thoughts from her. Remembering only brought a new wave or sadness, a wave covered with shame and remorse like the river’s waves were covered with refuse.

She’s better off without me.

A lie. It was all a lie. She’d loved him too. Surely, she was lying awake that very night, thinking of him. Edward laughed. No, she wasn’t. Sofy hated him. She’d taken her things and wished him a happy life.

More like a life of insolvency and pain. Not a day went by that he didn’t think of her.

Edward pulled himself up on the railing. It was cold, and he sat there a little while, letting his body heat warm up the inflexible steel.

He leaned a little out, bracing his toes against the metal.

He thought about life.

In school he hated learning about philosophers; why did they spend all their time thinking, instead of doing? He couldn’t understand that. But sitting out on the cold metal bridge railing, realizing and wondering what Death might have in store for him, Edward realized those ancient old men really had the right idea.

It’s hard to live without some idea of what life is. Edward thought he might never have really appreciated things in life—the way the mirror laughed at him, the way the cherry blossoms danced outside his window, the way the magnolia leaves shone in the sun.

Edward laughed. He was no philosopher. Who was he to be asking life-and-death questions, right here, right now?

All humans have that right! he thought. Everyone does! That’s merely being human!

He was only distracting himself. He thought he was wise, but he wasn’t.

Carefully he bent back and pulled off his shoes, unlacing them gently and setting them side by side. They’d come into this world together, and by golly they’d go out together to, and properly, with their laces knotted like they’d been when he’d bought them. He laughed to think that he was being careful not to fall in, when that was the reason he was here now.

He left his shoes on the bridge, with his nice new belt wrapped protectively around them. He emptied his pockets; a little money, his grandfather’s pearl-handed knife, and his confession, printed out neatly on white paper, saying that he’d jumped and regretted nothing, but could the authorities tell Sofy Hanneson that he still loved her and would see her in Heaven?

So what, he said back.

So you’ll never see her again, not unless she—

Edward brushed back his hair and prepared to say a little prayer to himself and that overweight moon. He reminded it to get on a diet. Don’t forget, he told it. I won’t, it said back.

I lift my eyes unto the h—

And then a car screeched past and the ferocious air gave the push he was unwilling to give himself, and he was falling, falling, falling, still breathing, anticipating the awful impact, wondering when the officials would find his shoes and confession, and his last thought was that he hoped they would find Sofy Hanneson.

The man’s body disappeared under the waves, the leaves and waste atop them parting as though to welcome a brother, moving to the side as the man calmly plummeted, not screaming as so many more had done, and the waves listening, pausing, waiting, then sweeping back over his head, smoothing themselves back into place, as though the man had never been there.

A city far away, the woman in blue awoke with a jerk. Something was wrong. 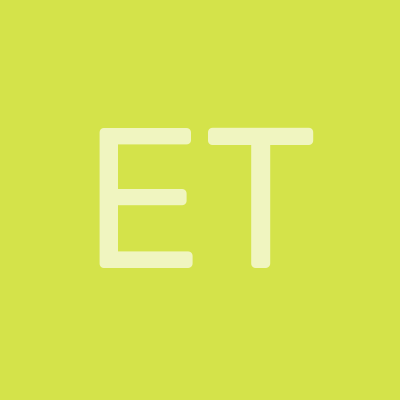