Carved Pumpkins and Bowls of Treats

Submitted into Contest #65 in response to: Write about someone taking a child trick-or-treating for the very first time.... view prompt 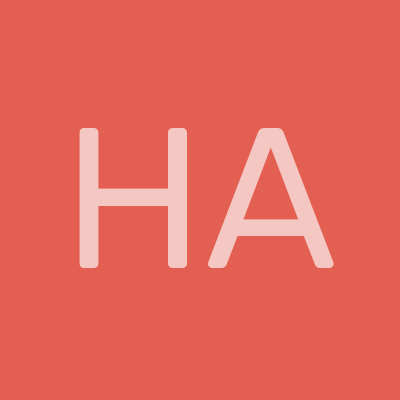 Carved Pumpkins and Bowls of Treats

It’s the night before October 31st. My brother called me and asked me to take his son Trent trick or treating tomorrow afternoon. My brother couldn’t get the afternoon off of work and Trent is five and a quarter. He ‘s been looking forward to wearing his ghost costume and carrying his plastic pumpkin bucket up and down the street with the other kids for a whole year. My brother didn’t take Trent trick or treating before this year, because he didn’t know any of the neighbors. They had moved to the neighborhood a little over a year earlier. My brother texted me the house numbers we could go to and thanked me profusely for helping out in his time of need. I am Trent’s favorite aunt, I thought to myself. I am also Trent’s only aunt. My sister-in-law Lourdes has three brothers. She is out of town on a business trip this week. I don’t have children of my own. I keep thinking about how quiet Trent is and how he always listens to his parents. He never questions directions or complains. I thought this would be as simple as walking two-year old Trent in a stroller through the park was.

The next day arrived. I met Trent in front of his house. He was dressed in a simple ghost costume his mother stitched together a few weeks ago. The babysitter was so relieved to see me she gave a hug and said, “Good luck.” Trent was beaming. He had his plastic pumpkin bucket in his hand and grabbed my hand. He started running to the first house. There was a pumpkin with a cat carved along on side. I double checked the address and confirmed this was one of the houses my brother said we could go to. Trent looked at me and I looked at him. I told him he could knock. He tapped on the door. Dr. Sorenson answered the door. He is our family dentist. I had no idea he lived in my brother’s neighborhood. Trent lifted his basket up and whispered the words, “Trick or treat.” Dr. Sorenson dropped a travel size toothpaste tube in Trent’s bucket. Trent lowered the bucket and took out the tube of toothpaste.

“Dr. Sorenson, where’s the candy? Why are you giving me toothpaste?” Trent demanded.

“Candy isn’t good for you young man. Your smile will thank me later.”

With that, Dr. Sorenson chuckled and went back inside his home. I told Trent that there would be plenty of candy at the other houses. He looked up at me and said, “There better be.”

We walked across to the next house. There were five kids and a toddler in a stroller in front of us. Trent lifted his bucket over his head and lowered the bucket. He put his whole face in the opening of the bucket. At the bottom of the bucket sat a sealed taffy piece from Coney Island. The woman who answered the door said she ran out of the candy she bought at the grocery store. All she had left were taffy pieces from Coney Island. Trent tried to hold a tear back, but it dropped on his costume. The woman gave Trent a small carved pumpkin with a bat carved on it and promised him she would invite him and his mother over for cookies next week. Trent took the tiny pumpkin and plopped it in his bucket.

The next house had lots of carved pumpkins leading up to the front door. Each pumpkin had a face. Some were smiling. Some were crying. I hoped that the person who opened the door would have some sort of treat for Trent. The older woman who opened this door looked at Trent’s raised bucket. She dropped in three candy bars and two different flavored lollipops. Trent smiled from ear to ear. I reminded him to thank her and she invited us to stay for homemade donuts and hot apple cider. We did so. The woman took out her sewing kit and stitched up the front of Trent’s ghost costume. I hadn’t noticed but he was stepping on it as he walked up the stairs.

We stayed and visited with the woman for a while. Her name was Mrs. Roper. She told us about all the costumes she had sewn for Halloween parties in the past. Her children were grown and her husband had died a few years earlier. She said she loved this time of year. She knew her grandchildren would be coming for Thanksgiving and she would get to hear all about how their costumes looked and what treats they received today. Trent was anxious to get to the next house and tugged at my coat to get my attention. We thanked Mrs. Roper and went on to the next house. Trent received a box of popcorn with a plastic toy at the bottom. It was a pull back racer that utilized a rubber band and a penny. At the next house, Trent received a box of crayons and two pencils. The house after that had a carved pumpkin that said, “Boo!” Trent laughed at the sight of it. At the next house Trent received two chocolate bars. I showed him another carved pumpkin with the word “meow” carved on two sides.

Trent announced, “ I have to pee.”

What? No, not here. Not now. Sure enough. Trent made his way to one of the backyards. He was gone before I could say anything and returned with half his ghost costume tucked into his pants. I adjusted the costume and we went on our way to the next house. I knew we did not have much time left for trick or treating. It was getting late and the temperature dropped. By the end of his first trick or treating adventure, Trent came home with candy, new toys, an invitation for cookies, a full belly and we got to visit neighbors we never would have met otherwise. I learned from my brother that Trent and I weren’t just trick or treating for gum and candy. We were catching up with the neighbors. We went to the houses that were often overlooked because they didn’t always have the best candies. As my brother pointed out, Halloween didn’t have to be about how much candy fit in your bucket. It could be about spending time with the people you don’t always see and live next door.

This is a sweet tale about family and friendship. The ending had a great message. I would say you should maybe add some descriptions of people and actions. Rather than just telling the reader, paint a picture of what is happening! Thanks for sharing!

Thank you for the helpful feedback.