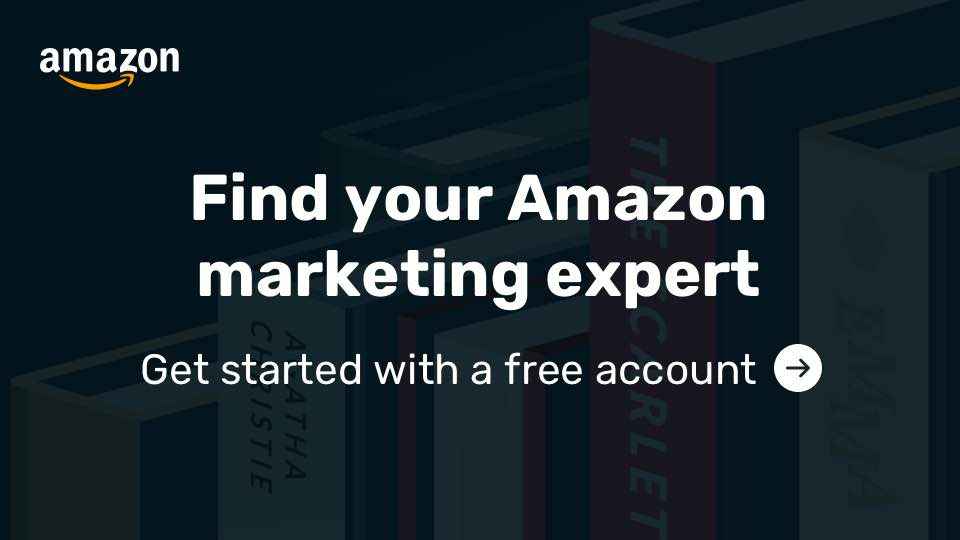 Thousands of writers use Reedsy to sell more books.

Amazon announced the launch of the new Kindle Vella program in April 2021, a few months before actually making it available to readers — already pre-loaded with hundreds of stories from authors.

Kindle Vella is Amazon’s foray into the “serialization market,” currently dominated by established apps such as Wattpad or Radish, and with a readership consisting mostly of young readers. So how is Kindle Vella different, and what opportunities does it offer authors? That’s what we’ll uncover in this post.

What is Kindle Vella?

Kindle Vella is a serialized reading platform, in the vein of Wattpad and Radish, where readers can access stories released in short episodic installments, either on the Kindle Vella app for iOS or Android, or on the Kindle Vella website on desktop. Episodes can range from 500 to 6,000 words, and while the first three episodes of any Kindle Vella story are free to access, readers need to acquire and use tokens to unlock future ones. Readers can also interact with stories by giving them a “thumbs up,” or by “faving” them.

The number of tokens required to unlock an episode will depend on its length, and authors are remunerated for their stories based on the number of tokens spent by readers to unlock them. Faves are only available to paying readers — who can fave a maximum of one story every week — and are used by Kindle Vella to curate and feature the most beloved stories on their app.

❗️Note that Kindle Vella is open for English-language submissions from US authors only since mid April 2021, and launched to US-only readers in the summer, though there’s no doubt that more countries will rapidly follow.

How does Kindle Vella work for authors?

One of the best things about Kindle Vella is that it’s pretty straightforward and easy to use for authors. You can create “stories” and “episodes” directly from your KDP dashboard, and in just a few steps:

Note: if you use the Reedsy Book Editor to write your stories, you can easily export a .docx version of your story by going to the export page and scrolling down to the bottom to find the “Back up as a .docx” option.

Since it’s so easy to publish a story on Kindle Vella, I’m sure you’re wondering whether you could just break up one of your existing books into episodes and release those in Vella. Well, the answer is… no.

What stories am I allowed to submit on Kindle Vella?

Kindle Vella is adamant on providing an original “serial reading experience” and its content guidelines are pretty strict. As an author, you may not submit stories or episodes that have already been published in the form of a book or long-form content, in any language.  In other words, you cannot break down a previously published book into episodes and release those on Vella, even if you unpublish the book, and even if the book was in a different language.

That said, Kindle Vella does not require exclusivity: your Vella stories can also be available elsewhere, as long as they are not freely accessible. So for example, you can’t post your Vella story on your blog — unless you put it behind a paywall — but you could very well cross-post it to Radish or Patreon.

Wondering if you should self-publish or traditionally publish? Take our free 10-day course to learn the pros and cons of each.

Make the informed choice with our free 10-day course.

Finally, if you wish to compile the episodes together into a proper book, you’ll need to make sure you meet the following guidelines:

Can I interact with Vella readers?

Both Wattpad and Radish owe a big part of their success to the interaction features built into their apps: readers can leave comments on stories and sometimes discuss them with the authors directly. This direct line of communication with readers creates engagement and allows authors to build a proper fanbase.

Kindle Vella boasts “new features that allow readers to interact with your story,” but these are actually limited to standardized “interactions”: follows, likes, and faves. In other words: no comments.

Authors, however, are able to leave an “Author’s Note” at the end of each episode to “share additional thoughts, insights, or let readers know when to expect the next episode.” Naturally, Amazon discourages authors from including any links in these Notes, or “prompting readers to leave the reading experience.” Whether they leave this as a discouragement or enforce it as a rule remains to be seen.

By now, you’re probably wondering about the money bit, so let’s get into the economics of the platform.

How do Vella authors get paid?

On paper (i.e. KDP’s help topic on Kindle Vella), it’s pretty straightforward: authors earn 50% of what readers spend to read their episodes on the app — on top of a “launch bonus based on customer activity and engagement.”

Now, the important part in that statement is the bit about “what readers spend to unlock your story’s episodes.” See, readers are able to buy tokens in bulk, at a different price point depending on how many tokens they acquire. Here’s an example screenshot of what Amazon says it could look like:

Note: token pricing is not definitive and may change at any point.

Your earnings will basically depend both on how many tokens readers use to read your story, but also the actual “purchase price” of those tokens.To give you an example: if a reader acquires 200 tokens for $1.99, and spends 30 tokens to unlock your episode, you’ll earn 30*$1.99/200*50% = $0.15. If you have 20 episodes (of the same length) in your story, that would be a payout for the story of almost $3.

Sounds too good to be true, compared to what Kindle Unlimited authors earn? You guessed it: there’s a catch — or rather, two catches.

In our examples above, that’d reduce the payout on the 20-episode story to:

So the rates above would be the maximum you could earn per episode/story on Kindle Vella, and you could very much end up earning a lot less — but only time will tell.

Is Kindle Vella for you?

Whether Kindle Vella’s payout terms end up being better or worse than those of Kindle Unlimited, the real opportunity for authors lies in the fact that Vella seems aimed at an entirely different market, one which KDP authors weren’t necessarily able to reach so far.

Opening up new demographics and genres

Serialized fiction platforms — like Wattpad or Radish — have cemented their success on capturing a young readership (mostly teens), with different reading habits. These readers generally don’t own a Kindle; they read directly on their phones, and prefer reading (or bingeing) short instalments. And while authors were already able to try to reach and monetize those readers via Radish (it’s a lot more complicated on Wattpad), the fact that Amazon is entering the game will no doubt expand the market.

So the first thing to consider here is whether your genre and writing style would be a fit for both the target demographic and the serialized reading experience. If you’re unsure, you can download Radish and check out the bestselling series on there. According to TechCrunch, “Radish stories are mostly in the genres of romance, paranormal/sci-fi, LGBTQ, young adult, horror, mystery and thriller.” These are the genres that are the most likely to do well on Vella, too.

On top of your genre and target demographic, you should also consider whether the episodic release model is one that would be a good fit for your writing. The most successful authors on Radish and Wattpad tend to release new episodes very often (on a weekly or even daily basis) and have some consistency so readers know exactly when to expect a new episode. In other words, you can’t expect to be successful on Vella/Radish/Wattpad if you post a new episode every few weeks, or if you suddenly stop posting after a few months. It takes commitment and dedication, as well as a solid writing routine.

How to Build a Solid Writing Routine

In 10 days, learn to change your habits to support your writing.

Finally, you’ll want to remember that readers get access to the first three episodes in any story for free — meaning you have exactly three episodes to hook them and convince them to pay to keep reading. So stories that start with a lot of exposition and worldbuilding and require “patience” to get into will most definitely not be a good fit for these platforms — though one could argue that they probably won’t be a good fit for a commercial book, either.

All in all, Kindle Vella, just like Radish and other serialized fiction platforms provide a way to reach a new readership — and hopefully to grow that readership by getting these younger readers to well, read on their smartphones (as opposed to playing or watching video content). These should be celebrated as new opportunities, yet studied very carefully to determine whether they’re right for you and your books, or whether they’re more likely to be a waste of time.

Thousands of writers use Reedsy to sell more books.