Thirty days may not seem like a long time, but trying to stay prolific for the entirety of National Novel Writing Month is easier said than done. Here are tips from writer Shaelin Bishop on staying productive through NaNoWriMo:

1. Have multiple writing sessions per day 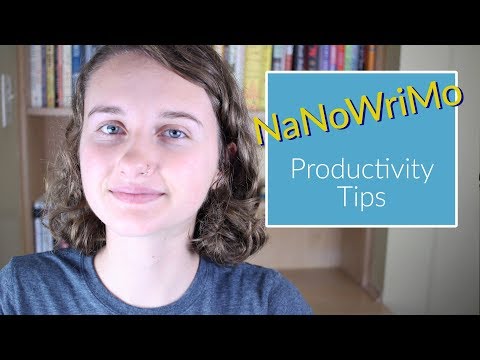 Writing in multiple sessions also helps you break down the word goal. It might be a lot for you to sit down and write 1,700 words. If you can break it up into smaller writing sessions throughout the day, it makes the word goal so much more manageable.

Before the beginning of the month, I think it's helpful to identify a couple of days where you can block off time for yourself to write. Maybe you have the free time, and you kind of commit to not making plans on that day and that day being a writing day. I think giving yourself the gift of time to create is really great and really healthy.

4. If you're behind, catch up over several days

If you miss a day and you fall behind, it can be really hard to try and double your word count the next day. Instead, I would take that amount that I'm behind — say 2,000 words — and divide those 2,000 words over several days so that, by the end of the week or the end of the next five days, I'm all caught up.

This works better instead of trying to just double my word count in one day, because that can be really hard and it might just be more than you are capable of writing in one day.

I always felt that if I can make it to 1,700, I can make it just 300 beyond that and get to 2,000. And at least for the first week or the first two weeks, giving yourself just a slightly higher word goal helps you build a cushion for later in the month.

Need an extra boost to help you smash your word count goal? Write your manuscript with the Reedsy Book Editor and let its productivity features keep you on track. 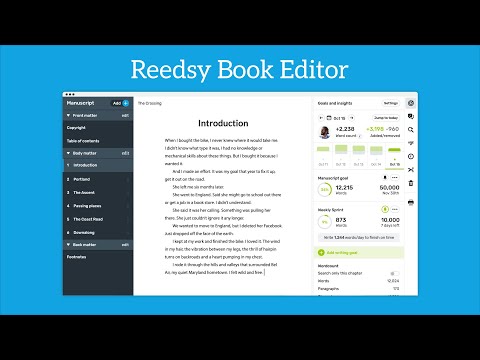 Find out more about the Reedsy Book Editor.

6. Write wherever and whenever you can

Carry your writing tools everywhere and always be ready to write. We do a lot of waiting, and the habit we've developed is to just go on our phones — but what if we used all those little increments of time to write?

Write WHEREVER and WHENEVER you can during #NaNoWriMo

You'll need to determine a system for balancing NaNo and other work. I always did NaNoWriMo when I was younger, so I was in high school every time I did NaNoWriMo, and as a result I had to figure out the best way for me to balance writing and schoolwork. So you might have to adjust your system here, depending on what else you have going on.

The system that I found was that if I didn't have a lot of schoolwork to do that day, I would try to get all that work done and then just have the rest of the day to write. But if I had a lot of work to do, I would set myself a goal, get this assignment done, and then as a reward for that, I would write for a certain amount of time. Then get another assignment done or study for this test, and then as a reward, I would write.

I think in NaNoWriMo, and also in general, it really helps to view writing as a reward rather than something you need to be rewarded for.

I find if I'm having a bit of a sluggish day and I have a lot of work to do, I take myself out of the house, go to a coffee shop or to the library, and I don't let myself come home until I've done the work that I have to do.

It's so much easier to procrastinate when you're at home. If you just get yourself out of the house and make that your work time, you say, "I'm leaving the house. I'm going to work now" — even if your workspace is a coffee shop — "and I'm not coming home from work until I've done my work," that works much better than staying home to write.

9. Make editing notes to come back to later

The whole point of NaNoWriMo is to turn off your internal editor — stop nagging at yourself to edit this and to make it perfect before you move on, and just write it.

However, this can be stressful if you're writing and then you go, "Oh, wait, I have to change that scene in chapter two." You might not have time for that because you have a word goal that you want to reach! So during NaNoWriMo, keep a list of editing notes for yourself for after NaNoWriMo.

Whether it's just the dialogue in the scene is a bit clunky or whether it's to completely rewire this chapter, keep notes for yourself so you have the mental assurance of "I'm not going to forget. I can do this later. I've set this note aside for myself, and I will be able to fix it, but for now, it's not what I'm focused on."

Tip: keep editing notes for after #NaNoWriMo — so you won't forget but you don't break your flow

NaNoWriMo is so fun because of the community. Even though it is fun to push yourself to be productive and get a project done during NaNoWriMo, and I always really enjoy doing that, I think it's always good to remind yourself that this isn't probably the most important thing in your life — and if something else happens, it's okay, and trying is just as important as winning.

Remember to signup for our free NaNoWriMo survivor's kit: