Find the perfect marketer for your book ➔ 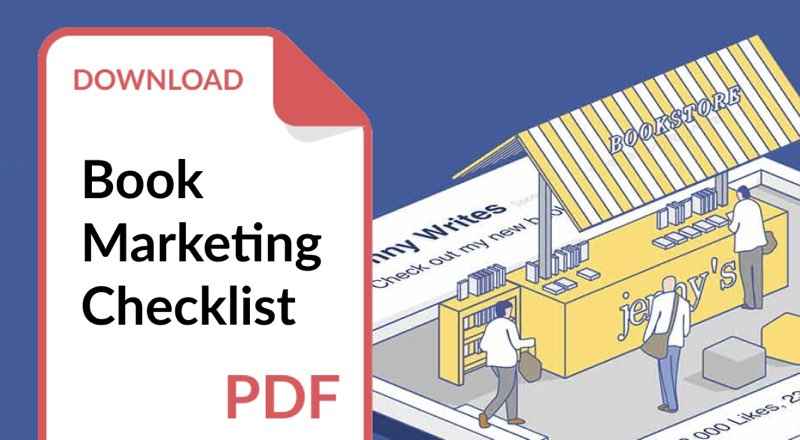 Boost your book sales with our #1 marketing resource.

We're often asked for our do’s and don’ts of indie book marketing. To be honest, it really isn’t all that complicated: the execution requires work and finesse, but the principles are simple. By now, EVERY AUTHOR should know the basic no-nos of marketing a book. But there's one writer who we can forgive for his ignorance...

At the recent London Book Fair, we were introduced to the notorious Caveman Author. Recently unfrozen from a glacier in Alberta, Canada, he has since learned enough English to reveal that he was once the most popular writer of the Stone Age — the Stephen King of his era, so to speak, if King wrote about haunted beaver pelts instead of clown demons.

We sat down for an interview and asked Caveman Author for his top 5 book marketing tips. Remember that his advice is from the Paleolithic era, so follow it at your own risk.

1. “CAVEMAN AUTHOR NOT WORRY ABOUT MARKETING”

Reedsy: Thanks for speaking to us, Caveman Author. I guess we should start by talking about your overall book marketing philosophy...

Caveman Author: CAVEMAN AUTHOR NOT WORRY MUCH ABOUT BOOK MARKETING. CAVEMAN HAS SAYING: WRITERS WRITE. CAVEMAN NOT SALES-CAVEMAN. IF CAVEMAN WRITE GOOD BOOK — READERS WILL HEAR ABOUT IT AND WANT BUY IT.

Reedsy: Buy your book? Did your society use some kind of currency?

Caveman Author: THEY PAY ONE LIVE CHICKEN FOR EVERY COPY OF CAVEMAN BOOK. CAVEMAN HAD SO MANY CHICKENS. ONE TIME, CAVE FULL TO TOP WITH CHICKENS.

[interviewer’s note: at this point, the Caveman Author took a long pause, as if expecting a reaction]

Caveman Author: IT WAS! IN MY TIME, NOT MANY AUTHORS EXCEPT CAVEMAN — SO NO NEED TO WORRY ABOUT COMPETITION.

Reedsy: That’s fascinating. I mean, in comparison, today’s authors are competing with thousands of other writers. Successful ones who publish their own books, as you did, will spend as much time marketing as they do writing.

Reedsy: Now, I’ve got a copy here of your book, To Kill a Pterodactyl...

Reedsy: Now, I can see that the cover is just an irregular slab of granite with a hand-scrawled title...

Caveman Author: CAVEMAN SMART! WHY SHOULD CAVEMAN PAY ARTIST MAKE COVER WHEN CAVEMAN CAN DO HIMSELF? KEEP ALL CHICKENS.

Reedsy: To be honest, it’s very hard to tell what this book is about from the cover. Did you ever run into problems — like, did readers perhaps think your book was about one thing, only to be disappointed by what was inside?

Caveman Author: CAVEMAN COVER LOOKS A LOT LIKE COVERS OF ALL OTHER CAVE-BOOKS. SOMETIMES, READERS BUY CAVEMAN BOOK AND THINK IT BE LIKE OTHER POPULAR BOOK, EAT, CAVE, LOVE. THEN THEY READ AND GET ANGRY.

Caveman Author: CAVEWOMAN TIRES OF HECTIC CAVE LIFESTYLE. MOVES TO OTHER CAVE. LEARNS YOGA. IT’S OKAY IF YOU INTO THAT SORT OF THING.

Reedsy: Maybe if you had hired a specialist to design your cover, it could have distinguished your book from the competition. It would have looked more professional, and it could have helped readers get an idea of what the book was like before buying it.

Reedsy: Everybody? Did you even have an age or gender demographic you were eyeing up?

Reedsy: That actually makes a lot of sense.

Reedsy: That’s actually harder than it sounds. All the biggest crossover hits were initially written for niche audiences: the first Harry Potter was written for middle-grade readers...

Caveman Author: WHAT THAT?

Reedsy: Harry Potter? It’s a book about an orphan who goes to a wizard school.

Caveman Author: HMM… SOUND A LOT LIKE CAVEMAN AUTHOR BOOK, GROFF GROMER AND CAVE OF CAVES. ABOUT BOY WITH NO FAMILY, WHO DISCOVERS HE HAS SPECIAL ABILITY.

Reedsy: You’ve just described every book in the YA genre.

Reedsy: So, imagine you’ve just finished writing your new book, how do you let your readers know about it?

Caveman Author: CAVEMAN GO FROM CAVE-TO-CAVE AND SHOUT: “HEY! IT’S ME! BUY NEW BOOK! IT ABOUT CAVEWOMAN WHO FAKE BEING EATEN BY TIGER TO MAKE PEOPLE THINK HER HUSBAND KILL HER!”

Reedsy: What if they’re not at home? What if they’re out foraging for eggs, or something? And what if their cave was in the next valley? Would you walk all the way there, just on the off-chance they want to buy your next book?

Reedsy: Did you ever consider building some sort of contact list? To keep track of everybody who’s interested in your writing? That way, when you have a new book to sell, you can just contact them all at once, instead of having to find them all over again.

Caveman Author: LIKE, USE A SYSTEM — MAKE BIRDS FLY TO OTHER CAVES AND PECK MESSAGES ONTO SLATE?

Caveman Author: NO SUCH THING AS BIRDMAIL. CAVEMAN TIMES NOT LIKE FLINTSTONES CARTOON.

Reedsy: You say that, but the way you describe it…

5. “CAVEMAN NEVER GIVE BOOKS FOR FREE”

Reedsy: Now, amongst all the standalone novels, I can see that you also wrote a hit fantasy series, A Song of Ice and Caves.

Caveman Author: “WHEN YOU PLAY GAME OF CAVES, YOU WIN… OR YOU LEAVE CAVE AND BE EATEN BY TIGER.” VERY FAMOUS LINE FROM BOOK.

Reedsy: Getting eaten by tigers was a big everyday concern, huh?

Caveman Author: BOY HOWDY. YOU NOT KNOW HALF OF IT.

Reedsy: I’m interested to know how you leveraged the earlier books from that series to promote your later entries? For example, did you give away your first book for free?

Reedsy: Many modern authors find it a great way to either collect contacts for their email list…

Reedsy: …or they set the first book in their series to free on the Kindle Store, as a way to entice readers into paying money for the second, third, and fourth titles. It’s a proven method for acquiring and converting new readers.

Caveman Author: CAVEMAN NOT A CHARITY! NO FREE BOOK FOR YOU!

Reedsy: Now, in the 21st Century, we have something called advertising that big publishers will often…

Reedsy: Oh… yeah. Sorry about that…

Caveman Author: WAS NOT CHEAP. WON’T SAY HOW MUCH, BUT WILL TELL YOU: CAVE WAS LESS FULL OF CHICKENS THAT MONTH.

Reedsy: Did the billboard work?

Reedsy: Tell me about it. These days, a lot of folks are getting great results from Facebook Advertising. It lets authors find audiences based on things like geography, age, gender, and interests. If you’ve got a mailing list, you can even use it to generate ‘lookalike’ audiences with creepy accuracy. And because you can test advert sets from as little as five dollars a day, there’s little downside to it.

Reedsy: Thanks for speaking to us, Caveman Author. I think I’ve learned an awful lot. Best of luck getting used to the 21st Century.

If you have any questions for the Caveman Author about his backlist or pre-historic book marketing practices, leave it in the comments below. Or, simply follow him on Twitter for more publishing tips.

This was hilarious, and at the same time was very accurate. Thanks for the great post!

Glad you liked it, Joshua! We'll pass on your compliments to the Caveman Author the next time we see him :)

In this post, we’ll explain why Amazon editorial reviews are such a big deal, how to get them in time for your launch, and how to display them for the biggest impact.

An Ode to Independent Bookshops: Lessons from the Road

How can independent bookstores and self-published authors support each other? Hear about a Reedsy author's book tour. 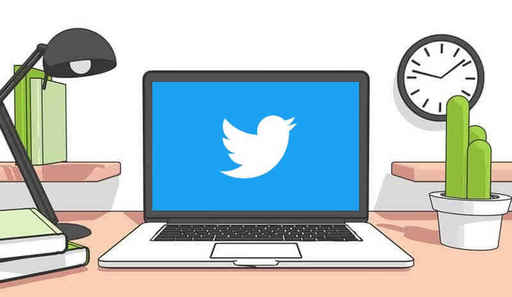 There are many types of social media for writers. Learn all about these platforms and how to make the most of your social channels as an author! 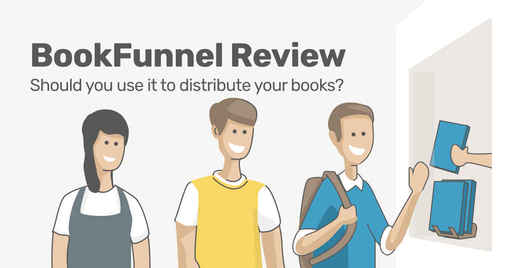 BookFunnel Review: Should You Use It to Deliver Your Ebooks?

Thinking about using BookFunnel to deliver your ebooks? Here's what it has to offer, from stellar reader support to group promotions.

How to Build an Author Email List in 6 Simple Steps

Your email list, unlike social media platforms, is entirely within your control, and leveraging it well means you won’t be losing readers who can be turned into life-long fans. 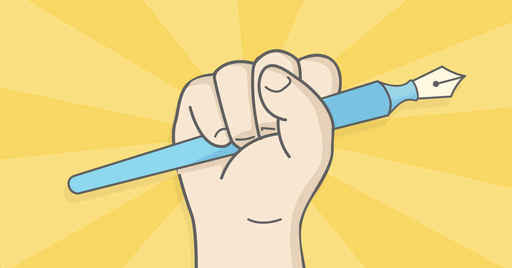 A strong author platform allows writers to reach readers by virtue of their name. Here's how you can build one.

Boost your book sales with our #1 marketing resource.