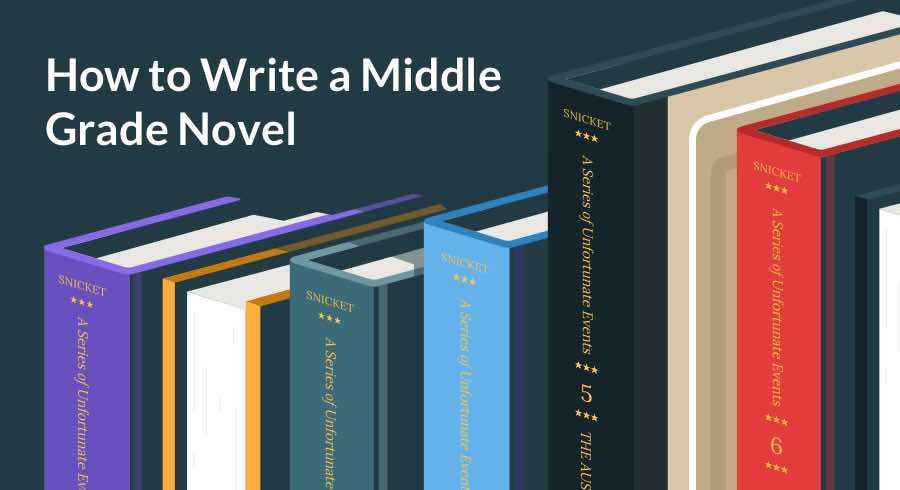 Enroll on this 10 day publishing course.

Jamie Evans is an editor and writer based in Atlanta. Her passion is young adult and middle grade lit, and she also specializes in romance and new adult fiction. In this post, she reveals 4 key differences between writing for YA and MG readers.

I attended my first writing conference in 2016, armed with a YA manuscript and anxious to pitch two different agents that day. Still incredibly unsure of what to expect, I sat down during my first pitch session and braced myself for the agent’s questions.

However, it wasn’t her questions that threw me off. It was this comment: “Your story sounds more like middle grade.”

As writers, we sometimes start off with a story that we think fits squarely into one category. But in reality, those lines can become blurred and hard to differentiate. That’s why it’s important to think objectively at times about the story you’re writing, as well as what audience you’re targeting — all in a very subjective industry. Sounds like a challenge, right?

Well, it doesn’t have to be.

That conference was a game-changer for me, because after I let that agent’s comments sink in, I started reading more MG in addition to YA, and now I’m quite enamored with both.

What are the differences between writing YA and MG?

When figuring out whether you’re writing MG or YA, there are a few factors you should consider. In this post, we’ll take a look at those.

One of the biggest issues that crops up when determining if you’re writing middle grade or young adult is your target audience. In general:

However, this is where we face our first blurred line.

Young readers like to read “up.” In other words, they like to read about characters older than they are. For this reason, aim to have your protagonist's age be on the older side of your readership age range. So:

Tip: Anything older than 18 for YA is getting into new adult territory, where the characters are generally in college.

This brings me back to my own experience learning that the YA manuscript I wrote was in question. The protagonist was 14 years old (a bit of a gray area in terms of whether that’s considered an MG- or YA-aged character). The story also followed him from middle school to high school. To the agent I pitched, that just didn’t work.

There has been a discussion about the lack of an in-between MG/YA mix, and I encourage you to explore those points, too, starting with this helpful blog post. For the purpose of differentiating between these two categories, however, I will say this: If you’re working toward publication — especially traditional publication — you want to be the rule, not the exception.

Another issue that is often discussed revolves around subject matter. What’s appropriate for MG, and what’s better saved for YA?

There has been a lot of conflicting opinions about this, but personally, I believe we should give younger readers the credit they deserve.

Middle grade readers are constantly reading up and looking for subject matters that reflect their own lives. So if you’re not sure that stories centered around darker subjects are appropriate for their age group, I’m here to tell you it can be done… if done right.

Both of these are deeper and heavier subjects, but they’re written in a way that leverages a sense of hope, as well as a dose of reality within their pages.

In general, young adult fiction can take this up a notch, addressing issues, such as:

Writing young adult fiction sometimes also means having to choose less optimistic endings, like The Fault in Our Stars by John Green. I recently read You’ll Miss Me When I’m Gone by Rachel Lynn Solomon, and while it ended on a powerful and hopeful note, it still lent an ominous tone for what was to come for one of the main characters.

When it comes to content, this is sometimes overlooked by authors of kidlit: the gatekeepers. Middle grade readers are generally not buying their own books, and while many have a say in what they choose, their parents/guardians are the ones ultimately providing them. That’s not to say you should avoid certain subjects, but bear in mind that language and graphics can have an impact on what parents buy for their children.

Young adult readers are starting to seek out books on their own, either through libraries, bookstores, or online —maybe even trading with friends. However, while some teens have more leeway in how they acquire their books, not all of them have this ability just yet.

The most important thing is to tell your story, but keep in mind who you’re trying to sell it to. Sometimes your readers won’t be your buyers.

Write a book that 8-12 year-olds will LOVE in this free 10-day course. Get started now.

When considering your character’s voice, think of reactiveness versus proactiveness.

When it comes down to technical terms, such as POV and tense, I’m noticing the following trends:

Regardless of the above, the tense and POV you choose depend entirely on your story and how you can best tell it.

Lastly, we arrive at word count. Middle grade fiction will generally be shorter than YA fiction, but again, there are exceptions.

As a general idea:

Of course, there are numerous exceptions (hey there, J.K. Rowling!), but as a debut author, this is still your time to be the rule and not the exception.

Do you know how long your MG and YA novels should be>?

By highlighting the basic differences between YA and MG, I hope this serves as a helpful guide as you draft your stories!

Jamie Evans is a Reedsy editor who is ready to help you with your manuscript. Share your thoughts and questions in the comments below.

I have a manuscript that is half way done which started as YA but I feel that the content, an Animal Crossing type world which the main character is like Alice in Wonderland seems a little too young. There is some darkness behind everything that could be a little too scary for a 12 year old but not for some that I know. I'm a little stuck!

Hi Malina,This may be coming to you a bit late (apologies!), but it sounds like your manuscript could work as upper middle grade. Your main character's age is also a factor, so if you choose to write it as middle grade, you'll want to have a younger character than in a YA novel. I am firmly in the camp of trusting younger readers with darker content. In many cases, they can handle it!Hope this helps!Jamie

I've written 3 volumes of fiction for 8-12 children, but each volume is about 13000 words, accompanying with graphics. Shall I consider it as a MA work or it cannot be considered as MA because of its length?

If your goal is to sell the book to a traditional publisher (and this is your debut book), then you may struggle to convince agents and publishers that they are viable Middle Grade books that booksellers will want to buy and shelve.

Need inspiration for your next personal narrative essay? Take a look at these ten fantastic examples from recent years.

Enroll on this 10 day publishing course.