Iris looked up from the book he had been reading, eyes wide and heart racing. He looked around, first at the tall bookshelves surrounding his table, then at the pile of novels beside him. He could have sworn he heard a voice...

No. It was nothing, he was just tired. Iris rubbed his eyes and yawned. How long had he been sitting there? Four hours, according to his watch.

Iris jumped up from his chair. That didn't sound like it came from his head. The voice sounded strange, not human. It sounded crackly, yet muffled. Kind of like how it sounds when you fold a piece of paper.

Iris shook his head. He was going crazy, he knew it. He reached towards the pile of novels he had collected, rummaging through them. Every Saturday, his mother allowed him to check out three books from the library to read over the week. He wished he could read more, seeing as he could easily finish an entire novel in the course of three hours. But he had to make do with what he had, and usually read the first chapters of a few books to help him decide which ones he might like better.

Iris glanced at his watch again. It was 5:30, almost time for the library to close. He had to be quick. He grabbed three books that were on top of the pile and was about to exit the reading corner when something caught his eye. Something golden.

It was a book.

A book made of what seemed like solid gold. It shone brightly, almost blinding him. His eyes burned, and he let his three novels slide from his grasp. Ignoring the sound of them toppling to the floor, he reached out a hand and touched the book. He wanted nothing else but to touch that shiny, smooth metal...

The gold vanished under his finger in an instant. The book was now black and burnt, the cloth cover ripped and charred. Bits of it came off in black shreds as Iris picked up the heavy volume. It smelled of smoke, as well as something metallic and sharp... blood? Why would a book smell like blood?

Iris coughed slightly and brushed away a few more pieces of cracked cloth so he could read the title: Tales of Absinthe Valven Blackheart.

Absinthe Valven Blackheart. Who was that?

Iris stifled a gasp and dropped the book--or, at least, he tried to. The book was stuck to his hands, the cloth seeping into his skin, as it was now a part of his body instead of a book falling apart in ashes...

Iris's breathing became heavy. He ran over to the bookshelf and slammed his hands against it, but the book only stuck stronger. His hands shaking with pain and fear, he took a deep breath and looked at the book sternly.

"What are you doing?" He whispered, terrified.

A frightened tear rolled down Iris's cheek. With his hands bound to the book, he couldn't brush it away.

He didn't understand what was happening. He didn't even understand why it was happening. Was this a prank? Had someone put this book in his pile when he wasn't looking, stuck glue on it, and was uttering those strange voices while they watched him struggle? No, that wasn't right. He was respected at school, though mostly ignored. Nobody bothered him, and he didn't bother anybody in return. He didn't have any friends who would want to do such a thing to him. They knew how much he hated things like this...

"Fine!" Iris hissed, desperate to get the book off his hands. "Fine, I'll read you if you let me go. Please."

In response, the book swung open in Iris's hands. Hopeful, he tried shaking it off, but it was no use. Sighing, he glanced at the first page and began to read.

To all those who have suffered at Absinthe Valven Blackheart's hand:

Iris's heart seemed to stop. He turned the page, not by choice but by instinct, as if his hand was more in control than his brain was.

The Needle shall cause pain

And you will suffer Absinthe's bane

The choice is yours

Will you speak here, or is your voice too hoarse?

A single uttered word will cause your ending

This book is for anything but lending

If it opens in your hands,

It means more misery than you will possibly understand

I hope your time on earth was well spent

You should have not talked in the library

Because surviving the incident is a true rarity

The book dropped from Iris's hands the second he read the last word. Rarity. The black volume fell on the floor with a dull thunk, echoing throughout the whole room, so loud that Iris had to cover his ears to block out the sound.

Iris couldn't feel his own hands, they felt as if they were gone. He was so cold, he felt immobilized, unable to speak...

The edge of his vision turned blurry. It was getting dark.

Then he saw it. A girl. A girl with ragged, black hair and a stained nightgown. She pushed the table aside as if it were as light as a feather and stepped in front of Iris. He couldn't see her face, it was covered by bangs so greasy that oil could have dripped from them...

His bones were freezing. His mind was freezing. Iris couldn't do anything but stare, horrified, at the girl. Fear pulsed through his brain. She reached a hand down her front and pulled out a long black needle that glinted dangerously. The only part of Iris moving was his heart, pounding relentlessly against his chest.

The girl raised the needle.

Do not talk in the library...

Ahhh more Absinthe. My very favourite, literary, mass murderer. This story was just as good as all the others. Well done!

Haha thanks!! Be careful the next time you're reading a black book... *scary horror music intensifies*

Hahaha... *Stares at my copy of Pride and Prejudice with suspicion*

OMG! that was sooooooo scary! XP 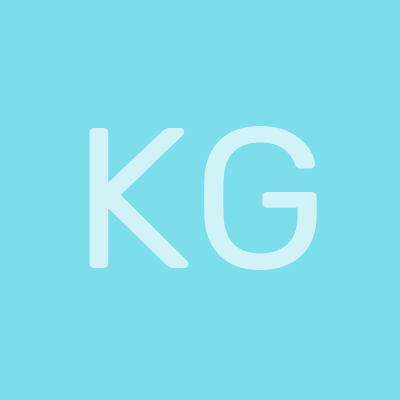 This was a great story girl keep up the good work

i got chills woahhhh

Great story!! You really captured the terror here for me.. I have talked in a library before, luckily my name isn't on the list!!

Thanks so much! Oops, better try to tune down the talking... you never know when Absinthe might add a new name 👀

Fantastic! This so reminds me of The Twilight Zone. Great job!

ooh! THAT WAS SCARY, in a subtle way. I liked it. No way I am talking in the library any time soon!!!

Nice...where are you from? Please read and review my stories too!

No problem! My nationality is Malaysia but I’m European-Indian :)

Aw, I'm sorry. Downvoting happens to most of the authors here. But at the end of the day, they're just points. It's the stories that count, remember that.

Aw, I'm sorry. Downvoting happens to most of the authors here. But at the end of the day, they're just points. It's the stories that count, remember that.