Submitted into Contest #103 in response to: Write a story about someone who starts noticing the same object or phrase wherever they go.... view prompt

The ice cubes slowly melted in the bottom of the glass as Stacey swirled it around in one hand, not noticing the people around her even as they jostled and shoved, as she stared at the faded oil painting hanging in front of her.

The red car shining as it shot along a road.

“Last drinks!” the man behind the bar yelled, his cheeks reddened from the warm air.

The person perched next to her waved their hand in his direction.

“Are you sure?” the man asked, glancing at the man’s glazed eyes.

“Just fill her up,” the man slurred. “You said last drinks.”

“You’re not driving, are you?”

The man nodded and shook his head.

“Oh well, it’s your funeral,” the barman said, handing him a foaming glass of amber liquid. “What about you?”

Stacey jumped as she felt him stare at her.

“Me? No, I’m good, I’ll be going in a minute,” Stacey said, placing the glass firmly on the bar. The bare skin on her arm brushed against something cool and wet.

She glanced down. A pool of condensation from the glass sat on the polished surface, chipped and marked from decades of service.

And a skull and cross bones.

Stacey shivered as her skin felt cold and goose bumpy as a dark shadow walked behind her.

“What was that?” she asked, looking around her.

“What did you say?” the man next to her slurred.

“Oh, I just felt as if someone was behind me.”

“No one that I saw,” he answered, twisting around on his stool and sliding off onto the filthy tiled floor, his drink splashing on top of him.

“Alright, that’s it,” the barman said, nodding to the security guards hovering close by. “Time for you to go.”

“But what about my drink?” the man wailed, trying to push the hands of the guards off him.

“You’ve had it,” one of the guards said, pushing him firmly out.

The man replied but the obscenities were muffled by the slam of the door.

“Never mind him,” the bar man said, his eyes red rimmed from lack of sleep. “He doesn’t mean any harm.”

“Are you sure you don’t want a last drink?”

Stacey shivered again, feeling a cold breeze blow past her.

“Yeah, I’m sure, thanks,” she said, standing and pulling her handbag strap higher onto her shoulder as he started to walk away. “Actually, can I just ask? What’s that painting?”

She nodded at the red car.

“Oh, that belonged to old Jasper. He used to sit here every night on that very bar stool after work before heading home. Always drove his flashy little car. Loved it he did,” the bar man said, tears welling in his eyes.

“Ah Ted don’t be depressing the girl,” another man shouted from a nearby table.

“Hey, you just finish your drink! She wanted to know about the painting!”

Stacey looked from one to the other. The entire bar had become quiet as they listened to Ted.

“So, what happened to him, to old Jasper?” she whispered.

“He died one night on his way home, didn’t he? Maybe had one too many,” Ted shrugged.

“And that’s not all!” the other man shouted.

“Hey, you just shut up!” Ted yelled. “You’re the one who said we shouldn’t be depressing the girl!”

Stacey felt the blood drain form her face,” What’s the rest of the story?”

Ted glared at the other man,” The story is that each year on the anniversary of his death, he comes back to warn one person. Save their life if you like.”

The dark shadow seemed to move and stand behind her, she could almost feel it’s breath on the back of her neck.

“But hey, you don’t want to be listening to that rubbish,” Ted said. “Anyway, last drinks!”

Stacey chewed nervously on her lower lip as she stumbled outside.

“You know Ted,” the other man quietly chuckled. “That story of yours gets better every time you tell it.”

Ted giggled, “They buy it every time.”

“Mum, I just need to…,” Stacey said hurriedly into her mobile, her breath appearing in front of her face, before swearing to herself as she heard her mum’s message.

The street was deserted.

And cold for a spring night. Stacey wrapped her arms around herself as she started walking. Her apartment wasn’t too far away, she’d make it.

A cold shiver ran down her spine as if someone were watching her.

She spun around expecting to see a man with a long, dark cloak and sinister expression, but she was alone.

“Hey, where are you going?”

Stacey turned back around, her breath catching.

“Whoa, it’s just me!” the man slurred, his hands held up in front of him. “I was just starting to walk home.”

Slowly Stacey exhaled. It was dark and cold outside. Obviously, she’d been imagining things. There was nothing creepy or sinister around her.

The man staggered slightly as they continued to walk, stepping off the path and into the gutter.

“Watch out,” Stacey said, one hand outstretched towards him. “You could get yourself killed.”

Grabbing her arm, the man pulled himself back onto the path,” Yeah, yeah, cos that would be such a problem.”

“Of course, it would be, for one thing you wouldn’t be having anymore last drinks.”

A cold breeze blew past them, several pieces of rubbish swirling around them.

“Hey, what was that?” the man asked, shivering and rubbing his hands along his arms.

A loud screeching came round the corner as tires held tightly onto the roads surface, and a red, shiny car shot towards them.

The man pushed Stacey against the nearest building and pressed himself against her as she screamed.

The car sped past them.

A loud crash made them both jump, followed by several screams.

“The bar!” the man yelled, sprinting towards it as best he could. “No!”

Stacey fumbled in her handbag for her mobile.

“Hi, ambulance please, there’s been an accident on….,”

Her gaze wandered to the car, still red and shiny and untouched, and the driver who turned to look at her, his eyes black and dark.

Great story, I enjoyed reading this.🤗

Ooooo great eerie atmosphere kept consistently through. The dialogue was spot on and I like how both characters felt spooked 😱 Great read!

Thanks so much Deidra 😁

Hi Vicky! I'm sorry I'm so late to this one. I haven't logged onto Reedsy in a couple of weeks thanks to an avalanche of work. I loved it! So eerie - a haunting, psychological thriller. Each story I read of yours is getting more and more suspenseful! Great job! 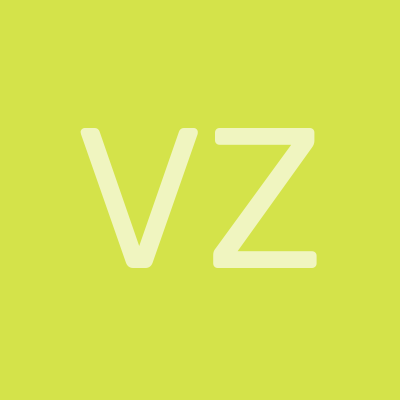 loved it. Love twists and turns

That was fun! Thanks.

Yes, I enjoyed reading this. I could see the picture in my mind as clear as day. Great job.