Sometimes, fate has a twisted way of bringing people together. Such was the case for a couple that I know.

My best friend, Ron, spent most of his teens and early twenties dating girls that he would meet randomly in shopping malls, the gym, and even at weddings. In fact, that is where he met Jessica.

It was our friend, Chase’s wedding. He was part of our bachelor group and said he would never get tied down to any one woman, that was until he met Janet. It did not take long before Chase was out of the race. They dated for a short six months before he asked her to marry him.

Anyway, back to my story about Ron and Jessica. Ron, surprisingly, was unable to find a date for the wedding, so he decided to go stag instead. I had the opportunity to bring a date along, but I did not want Ron to feel like a loose wheel at the wedding, so I went alone as well.

So, here we are, two bachelors in a room full of women dressed in their best. We just needed to find out which ones were single. That was the easy part. When Janet was ready to throw the bouquet, she called for all the single ladies to gather at the foot of the church stairs. Ron and I carefully looked over our options and compared notes because that is what guys do. I have no doubt that women are the same way as well.

I had my eye on a cute redhead and Ron was set on approaching one of the bridesmaids but then SHE walked in. Ron was dumbstruck at first glance. A beautiful brunette bombshell stood in the entrance of the church. Her sleek red dress looked as it were custom made just for her. Every curve flowed seamlessly as she walked gracefully down the steps.

“Jessica!” a woman’s voice yelled out. It was Janet. She was waving this Goddess down to join the rest of the single girls. Ron’s eyes were as big as golf balls. I thought for sure they were going to pop out of his head. Ron’s gaze followed Jessica as she glided strategically through the crowd and joined the other women.

Janet turned her back and yelled out, “One…Two…THREE!” and she hurled the bouquet over her shoulder and into the crowd of screaming ladies. The women fell into one big huddle and as they emerged, the bouquet was lifted high into the air. It was Jessica who held the sacred prize. Traditionally, of course, this meant that she would be the next to get married. For a moment, her eyes met Ron’s, and the chemistry began to mix their lives into a powerful drug. She smiled at him, but Ron was still stupefied by her beauty and just stood there with his mouth hanging open. That is when I nudged him and broke him from the spell. He smiled back, though his face had begun to sweat from the anxiety that he felt.

Jessica gave him a little wave and mouthed the word, “Hi”. Ron waved back and after a little coaxing on my part, he went over to her. This was the first time I had ever seen Ron nervous around a woman. He began his descent on the stairs, but unbeknownst to him, his shoelace was untied, and he tripped, falling against an elderly woman, and knocking her into the priest. The priest then stumbled backward onto a statue of St. Joseph which shattered into several pieces.

Now embarrassed beyond recovery, Ron fled the scene, leaving me behind. While everyone else stood around panicking at the scene that just turned the wedding into a circus, I noticed that the only person laughing was Jessica. I could see that she was looking around the crowd, and I assumed she was searching for Ron. I took the liberty of passing her Ron’s number while the paramedics attended to the priest.

It was a few days later when she got around to calling him, but I believe if she would have called any sooner, he would not have taken her call. He was still traumatized over what happened at the wedding. He would hardly even answer my calls.

Jessica introduced herself to Ron over the phone and told him that the incident at the wedding was the best part of the day. The video of his mishap was posted on YouTube and went viral in hours. Ron did not find the amusement in that and was ready to hang up when Jessica asked if he would like to meet up.

Ron’s ego had been stroked and that was enough to get his mind off his embarrassment for the moment. He suddenly turned back into the suave, silk-tongued stud that he always thought he was. He suggested that they meet for a coffee and see where it goes from there. She agreed.

The coffee shop was slightly overcrowded, and the noise level was high enough to make talking across the table a challenge, so they took their macchiatos to go instead and strolled along the boardwalk. Geese honked out a warning as Ron and Jessica crossed their path. One even tried to snap at Ron with its bill, barely missing his right butt cheek. Jessica laughed as Ron ran frantically down the walkway with a large grey goose chasing him for several feet.

The two of them hit it off despite the bad impressions that Ron felt he was leaving. After their walk, Jessica suggested that they get together for dinner the following night. Trying to impress her, Ron suggested that she come to his place, and he would cook her dinner. She gladly accepted. Unfortunately, Ron was not a particularly good cook, and he regretted asking her, but it was too late. He was committed.

He went online to search for recipes, then went to the grocery store and picked up all that the recipe called for. He spent the following hour watching YouTube videos on how to cook chicken. The recipe he planned to prepare was Tender Italian Baked Chicken. It was a meal that his mom used to cook for him, but he had never made it himself before.

The recipe called for ¾ cup of mayonnaise, a ½ cup of grated Parmesan cheese, ¾ teaspoon of garlic powder, ¾ cup of Italian seasoned breadcrumbs, and four skinless and boneless chicken breasts. He set all the ingredients on the kitchen counter, dug out a mixing bowl and a wooden spoon, the pan for baking it, and then realized that he did not have any measuring cups and there was no time to run out and buy any. He was going to have to guess.

Ron took out a coffee mug from the cupboard assuming that it would equal one cup for measuring. He filled it ¾ full of mayonnaise and dumped it into the bowl. Then he measured out the Parmesan cheese. Since he was also without measuring spoons, Ron grabbed a spoon from the drawer. He filled it ¾ full and poured it into the bowl as well. Unfortunately, he used a tablespoon instead of a teaspoon. He mixed it all together and poured the breadcrumbs into a second bowl.

He then dipped the chicken into the mayo mix to make it moist, and then into the breadcrumbs before setting each one on the pan. By then, the oven was preheated, and he slid the pan into the oven. The directions said that it would take thirty minutes to bake, so he cracked open a beer and sat down to watch part of the ball game.

An hour had passed when Ron began to smell something burning. He rushed to the oven only to find his dinner was burnt to a crisp. He only had one hour left before Jessica arrived. He began to panic and called me. I told him that he would not have time to cook anything, so I suggested ordering a meal from a nice restaurant and having it delivered.

The delivery guy showed up at his door ten minutes before Jessica was expected to arrive. He quickly emptied the bags and set the contents onto plates, set them on the table, poured two glasses of wine that he had chilling, and put on some soft music. A few seconds later, the doorbell rang.

He rushed to the door but paused and composed himself before answering it. He was greeted with a smile that lit up the room. He welcomed her in and told her that dinner was ready. They sat at the table and enjoyed a delicious meal.

“My compliments to the chef,” Jessica stated. “That was delicious!”

“It was nothing,” Ron replied.

They finished dinner and sat in the living room where they discussed their hopes and dreams for the future. Surprisingly to Ron, Jessica shared a lot of the same interests. They were both interested in going on adventures to exotic locations. They both enjoyed movies. Even the dream of having a home near the beach someday was alike.

As the evening wrapped up, Ron walked her to the door. They kissed for the first time as Etta James sang, “At Last!” on the stereo. She thanked him for a wonderful dinner, then said, “By the way, I bumped into a delivery boy that was leaving the driveway as I pulled in. We literally bumped into each other. I had to exchange insurance information with him, or else I would have been here sooner.”

Ron stood in the doorway shocked. He didn’t know how to respond. He just stammered out the words, “I…umm…yeah…about that.”

“Forget about it,” Jessica stated forgivingly. “I thought the dinner was delicious and I appreciate the sentiment. Besides, I could smell burnt food as soon as I walked in, and it would not have taken me long to figure it out even if I did not see the delivery guy.”

She hugged him tightly and kissed him once again before saying goodnight, then told him that next time, he could come over to her place for dinner. She said that she might even cook it herself, then laughing out loud, she turned and strutted back to her car, purposely shaking her hips widely knowing that Ron was watching. When she reached her car, she blew him a kiss, got inside, and drove away.

Ron called me up almost immediately after the date and told me all about it. He said that he felt like he was in love, but he wasn’t sure what love was supposed to feel like. That was ten years ago, but I remember it like it was yesterday. The best part is, Jessica had a younger sister that I ended up marrying. We have spent many dinners together since then, and Ron’s cooking skills have vastly improved. 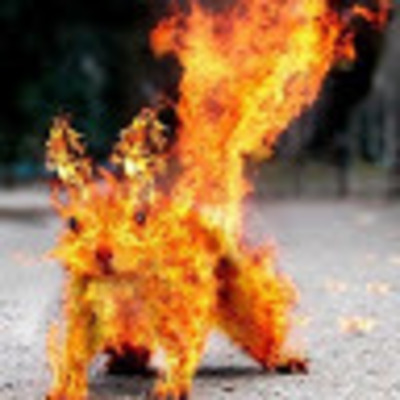 Cute story, and I was glad to see that you included the smell of burnt food. Jessica seems to be willing to brush off his obvious attempts at looking good for her as unnecessary. Stay safe and keep writing!

Thank you. I appreciate the positive response. 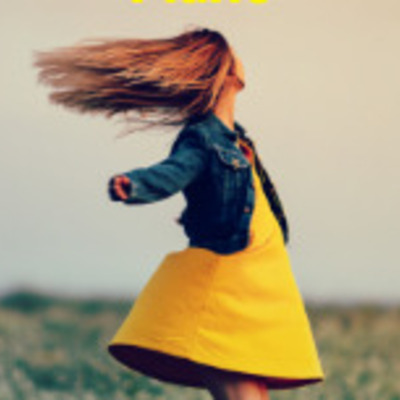 What a beautiful story! I love the ending especially, and how Jessica was very forgiving! Keep up the good work!

Thank you very much! 😁