I slumped against my chair, wearily rubbing my fingers. My desk was covered in bracelets, grouped together or strewn randomly across the light brown exterior. Not that you could see much of the surface since I had been up all night, stringing strands together, twisting the strings until I thought my fingers would bleed. As the night had progressed, it was less about making the colors look good together and more about having something to do with my hands, with my mind. A ring sat buried under a large pile of cut strings.

My eyes were puffy and raw. I hadn’t noticed I had been crying.

I would have to clean my desk tomorrow. I really should be cleaning it right now, but I could barely even fathom standing up, let alone sorting my bracelets and putting them away.

Tears leaked down my face. It hurt me, hurt my sore jaw and aching chest and stinging eyes. Before I knew what I was doing, I reached for my phone and turned it on.

It was a reminder to take my medicine.

I started sobbing uncontrollably. Everything hurt, but there was no other way for my emotions to escape the rising pressure in my chest. I stumbled over to my nightstand and twisted the medicine bottle open with shaking, protesting hands. I poured out a couple of pills into the cap and then grabbed a half-empty glass of water that I think I remembered putting there the night before last. My fingers clutched a tablet and I clumsily dropped it in between my chapped, peeling lips. When I lifted the glass to my mouth, it knocked over the still open bottle that spilled pills everywhere, setting off another round of tears. I swallowed my pill and fell to my knees, clutching my head. I tore off the bracelets on my arms, each of them a memory I couldn’t process.

The pink and red one.

The blue, purple, and black one.

The green, yellow, and orange one.

And finally, the white one.

I was bored. I had tried almost every hobby under the sun in the past couple of months. I was terrible at singing, painting, drawing, photography, dancing, crafting, cooking, hiking, just about every sport, and I had no interest in stamp collecting. Once again, I was on my computer, googling “hobbies for bored people, easy DIY low budget fun”. I scrolled through lists, blogs, and advertisements until I had a headache from the blue glare of my screen. I gulped some milk from a glass on my desk, setting the half-full cup down on a coaster.

“One more,” I promised myself. “And then I’ll give up and go live in the woods or something.” I clicked on the only blue link left on the page.

“Let’s see… already tried that, and that…” I scrolled to the bottom of the page. “Bracelet making? There is no way I’m spending fifty bucks on a kit.”

I opened the page anyway. It led to an online store kit.

“Thirty-nine ninety-nine.” I sighed. “Way too much. But maybe I could…”

An hour later, I had the cheapest string and beads money could buy in my cart. I headed to the store to pick up the supplies. The cashier asked me if I had made bracelets before, smiling brightly. I shook my head and left the store.

A week later, I had my first presentable bracelet done. It had a yellow braided string and various shades of gold and honey-colored beads. I was actually pretty happy with it, unlike the dozens of other bracelets that lay, discarded, in my trash can. I wore it to the store to pick up more string and more colors of beads. The same cashier rang me up. Her name was Valerie, and we talked for a bit. She made bracelets too, gorgeous ones that rivaled any piece of art.

When I went back the next time, she asked me out.

For Valentine’s day, I gave her a sky-colored bracelet, with little birds as the beads that lined the string, and a star chart of the day we met. She gave me a red and pink bracelet that looked like stained glass and a card.

I’m KNOT kidding when I say you’re the best!

Thanks for always being there for me, my love.

We were going on dates three times a week. I had never been more blissfully in love, so much a part of someone’s life as they were mine. We decided to go to a roller skating rink. Two bruised knees, twelve falls, and a ton of money and junk food later, we were crying, laughing, and stumbling out of the arcade.

Valerie gave me a blue, purple, and black bracelet that was the color of the rink’s carpet, with two roller skates dangling from it like a pair of ornaments. By this time, I was nearly a professional bracelet maker, although Valerie’s still continued to be infinitely better. I wasn’t jealous, of course. She had been making jewelry for years longer than I had. We made money by selling them online, and there was a surprisingly large market. Valerie still worked at the store where I had met her, and I had found a job at a shoe store nearby. We took our lunch breaks together, almost always at a sandwich shop in the area whose owner was a frequent purchaser of our handiwork and let us sit at a back table and work on the latest bracelet. I was incredibly happy. Valerie had supported me through all my downs, and had even set a reminder on my phone for when to take my antidepressant.

It was my turn to set up the date. I chose to take her to a gorgeous field blooming with wildflowers. We had a picnic, some sandwiches, fruit, and drinks. The old sandwich shop had gone out of business, so I tried to imitate her favorite, a turkey special. It had ended up lopsided and juicy, but she said it was the best sandwich she had ever had. We brought an old box that we taped strings to, and exchanged bracelets near sunset. I had given her a light brown and blue braid that mimicked her eyes and hair. She gave me a grass-green twist woven through with yellow and orange, the color of the flowers surrounding us. I gave her a kiss on the cheek and tried to tie it around my wrist, laughing when she tied it for me because I hadn’t mastered the art of a one-handed knot. We packed up and went home. We were living together now.

She proposed to me on a chilly fall day, when vivid leaves swirled around our feet. She gave me a silver band and a white gemstone bracelet, which reflected my tearfilled eyes and my beaming smile. I hugged her and cried, both of us sobbing together and happy.

She died a week later, in a car crash. She had been on her way to pick up some more  pink strings, and some white beads. It’s funny how the little details stick in your brain. I remember the texts, then the calls, and then the knock at the door. I forget, though, what happiness felt like.

Hey Raven Achlys, I really enjoyed the impact of your story. It was honestly inspiring a little heartbreaking. I love it. I am an illustration student at the Savannah College of Art and Design. I was looking at your story and was wondering if I could ask you a question about your writing and provide an opportunity for some collabortation. If you're interested, please shoot me an email at kayladunham13@gmail.com. I hope to hear from you, K. Dunham

Hey Kayla! I appreciate you reaching out. You can definitely ask me a question, but I'm unable to contact anyone by any other means than Reedsy at this time, although your offer is flattering. Thank you so much!

Well I was going to ask if you mind me using your writing for a project I have for class. The assignment is to illustrate images to go along with a text as if it was a picture book. With the proper credit distributed, I was hoping you wouldn't mind me using your story?

Oh no, that's perfectly fine! If you don't mind me asking, why did you choose my story?

I am a sucker for love stories so when I saw the description it immediately drew me in. But when I got to the end, it broke my heart. It was a reminder that while the world is a grand and beautiful place, it sure as hell isn't fair. That's why I think it's so beautiful. It's a reminder of the permanence of impermanence. I'm very glad I had the chance to read it. Thank you so much for allowing me to use it for my art. If there is any way you'd like me to contact you to share my illustrative work, please let me know. Thank you again, K

Yeah! I would love to see the work :) If there's a link you could share, I would appreciate it! Your takeaway from my story is perfect- I normally don't write love stories, but I started writing this and it's one of my favorite stories.

Wow, this was actually incredible like..., I can't say any more, I love the way you described... emotions, it was spectacular and sharp. And your name somehow added to it. It's actually quite awesome Lol. Like yur name. Happy Today.

Thank you so much! This is my favorite story I've written, so I'm glad you enjoyed it! Lol, thanks. I like yours, too. Happy Today!

oh, yep, it's awesome! I like your writing style, it has a beat to it. But I guess that you don't mind my lack of constructive criticism tho, I suck at things like those (I'm coolly dumb, I dare say XD). Yur name is the name of a Greek Goddess, I guess, idk, not sure. And ravens are so cool Lol. It's unique. Thank You! I just recklessly smashed together the first gender neutral name I got and a hint about my sorcery skills Lol (okaaaay, I'm still very beginner level) Lol Happy Today! =)

A beat- what do you mean? I always think my writing is terrible, so I'd love to know lol. I suck at cc too XD Yeah, achlys symbolized the "mist of death" and the "eternal night before chaos" so that's cheerful. bUt I liked it, and I needed a last name, so achlys it was. You are the tru(e) sorcerer lol.

You know, a beat, is a beat, which has a beat er? Eh..., beat..., like a rhythm? It’s fun to read things with a beat, while things without a beat bore you fast even if the plot is engaging, you know like, Arh, darn it, just leave it! XD Yep, it's AWEsome, and like raven mist of death? sounds cool Yep, yep, tho in training, very much in training Lol, the clumsiest in sorcery Happy Today

XD I'll pretend I know what you're talking about. It's *actually* more like Raven Death-Mist, thank you very much. (lol idk) How is your sorcery training going? 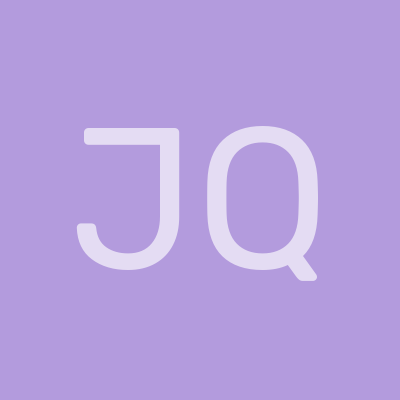 Thank you! That means a lot.