Hi, I’m fourteen-year-old Alex Graham, and I have to tell you yesterday was the weirdest day of my whole life. While I was at Grandma’s house with my little brother Mitchell.

Gran has a television installed in her kitchen, which she watches when she’s cooking. She was following her favourite cooking show, Backwoods Homestyle Delights, when an ad break came on. There I was, standing by the kitchen door, listening to my grandmother laughing loudly at the ad for pickles. You know the one, where a genie appears to two people who are eating sandwiches, green gooey sauce running down their arms. They’re allowed three wishes, and the first thing they ask for is an oversized jar of green pickles. The genie offers them another two wishes, and they request a lifetime supply of the same thing. The sound of the ad-man’s voice gets on my nerves, but Gran thinks it’s hilarious.

“Don’t forget to grab yourself a jar of Granny Gert’s Gorgeous Green Pickles! Well heck, why not several jars while you’re there? In fact, call on the Green Genie at Wal’s Country Store and you’ll never run out! A lifetime supply!”

Now, Gran absolutely LOVES pickles. Her favourite sandwich is corned beef with pickles. She’s been watching this show for years, and there she was yesterday, making some pickles with the stuff she grows- onions, cucumbers, tomatoes, zucchinis, eggplants and cauliflower. The air always reeks of vinegar and herbs. Gran said the television show inspired her to make her own, and she gives them some funny names, like Gran’s Great Guacamole Pickles, (where she puts in avocado), Terrifically Tasty Tomato Pickles, Exceptionally Excellent Eggplant Pickles and Carefully Crafted Cauliflower Pickles. She has jars of pickles everywhere. In fact, there are so many there’s not enough room for a lot of other food in the house She even makes up labels for them and gives them to lots of people.

I’m worn-out from hearing the same ad every day. Besides, I HATE pickles. Yesterday I was cross with Gran as well for treating me like a child, always telling me to read good books, to be respectful of adults, to take care of the things I own, and not to talk with my mouth full.

I really don’t like being told to stand up straight, but she says…. “Come on, boy. Stand tall and put those shoulders back. Make sure your tummy is in. You must have good posture, it’s very important.”

I ran my hand through my spiky brown hair, totally frustrated, and decided I’d had enough. From the kitchen, I wandered down to the pond behind the house, which isn’t far away. I clenched my hands as I heard “Don’t forget to grab yourself a jar of Granny Gert’s Gorgeous Green Pickles! Well heck, why not several jars while you’re there?” blaring out once again.

I stared at the water and scrunched up my face and closed my eyes as I muttered under my breath.

I can’t take any more. Please, somebody, pickle my grandmother.

There was a sound, and I saw something stirring in the reeds, making ripples on the water. For a moment, I wondered whether I’d imagined it.

Suddenly, Gran’s laughing stopped. When I got back to the kitchen, Granny was nowhere to be seen. Suddenly, there was a deep croak from behind me, that made me jump. I turned around and came face-to-face with the ugliest cane toad in living history. It stared at me through its yellow-slitted eyes, its body covered in bright orange warts. Yecchhh! In its fingers it held a small crooked branch. I was gobsmacked and couldn’t believe my eyes.

“Who are you? Where on earth did you come from? And what’s going on?”

‘I am Knee Deep,” replied the toad. “From the pond. I am here to give you three wishes. The first one has been granted.” He pointed the stick at the bench beside the fridge.

An oversized jar of pickles with a bright gold lid had appeared. Underneath the lid stuck out a pair of tiny, skinny arms. I was completely dumbfounded. The label on the jar read, “Grandma’s Perfectly Produced Pickles.”

“You did this? You turned my Granny into a jar of pickles?”

“It’s just as you wished. Desires should always be carefully requested.”

I started to explain that I hadn’t really meant what I said when Mitchell appeared at the door.

I had to answer quickly. “She’s out in the garden. Go and pack up your toys and she’ll be back soon for lunch.” At least my eight-year-old brother hadn’t seen the toad and wandered back to his room. I froze on the spot, my mind churning and whirring. I couldn’t believe how bad I was feeling.

“This is terrible. I don’t want her to be pickled. She’s my gran.” I thought about Grandma and realised that I’d been selfish, wanting my own way. I remembered all the good times with her. She had minded me and Mitchell for a long time while our mum went to work. We had special trips out, we read books together, and we were allowed to stay up late. While Gran doesn’t have a lot of money, she always spends up big on us. And she makes great pizza with our assistance. What would I tell Mum when she came home, and Gran wasn’t there? My stomach began to sink, and I knew that my thoughts and wishes had been wrong. A lot of my friends don’t even have grandparents nearby.

Knee Deep stayed on the bench. I stared at his foul-smelling face.

“Is this forever? Can it be changed?”

“Of course, it can, if that is your second wish. Remember, you will only have one left. Think carefully.”

“Yes, reverse it now! And I’ll never, ever complain again!”

Knee Deep croaked, or maybe it was a rumble. “Your wish is my command.” He pointed the stick and Gran was back, staring at the television, laughing as loudly as before. It was just like nothing had happened. And the large jar of pickles was gone.

“That is correct. Choose wisely.”

I thought about my decision for a moment. “I want Mitchell and me to always be happy with Gran. And for there to be no more pickles ever again.”

“You could make it one wish, though. All part of the same wish.”

“Very well then. Just take note if you change your mind, I will not return.”

The jars on the bench were gone, along with Knee Deep. All the other jars in the house vanished as well. Grandma turned around and saw me standing there.

“Oh, I didn’t see you. Where have all my pickles gone?”

I had to think quickly. I crossed my fingers behind my back. “Uh, I gave them away, because Mrs Jones from school came over. She’s got lots of family visiting. I thought you wouldn’t mind.”

Gran stopped for a moment. “Oh, that’s alright. Do you know what? I’ve suddenly lost the taste for pickles. I don’t think I’ll make any more. Would you like a ham and lettuce sandwich? Maybe Mitchell would like one too.”

Well! I breathed a sigh of relief. Great! No more disgusting pickles. Things were getting better. That was, until Gran’s next remark.

“You know, I’ve got lots of cabbages. I think I’ll make cabbage and mustard chutney from now on.”

I scrunched my face up again and heard a small voice rumbling, laughing somewhere in the distance. “You only said no more pickles.” 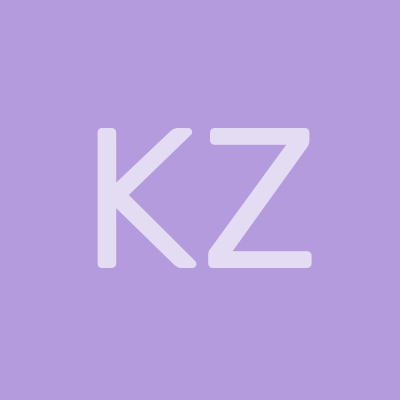 What a fun story!