The last day on Earth

Submitted into Contest #100 in response to: Start or end your story with two characters sitting down for a meal.... view prompt

It was a beautiful day in a small tourist town. A young man was seated at a prime location staring out at the party-goers with disdain. As he was about to voice his anger A huge pile of appetizers and various drinks lined his table. Slightly appeased by the food he began to eat. His broad shoulders slumped back in annoyance. The man who was of tall stature leaned on the table in annoyance as he stared at two similar looking men with dark skin and black hair. Both were strutting around like peacocks. Something James could never understand. They had promised a fun, business-free vacation. However, that was not the case. He was pissed. This was supposed to be a nice family vacation instead it was a work thing. James stood angrily eating at the fancy resort wishing that the day would end. He even wished his brother would just disappear. His father and elder brother were hustling the corporate executives for more money and it was disgusting. As James was about to leave a boy in a mangled suit ran past. He quickly turned back set down and pretended to be reading a menu. A group of security ran passed leaving James grinning.

“Yeah thanks for not sealing me out”

“Oh dear our parents hate each other let's be best friends,”  Alan said happily shaking James' hand. James and Alan broke bread scarfing down the spread of food. At first, James wasn’t sure about Alan but after a few jokes the two hit it off. They spent the next hour pranking the staff. It was as they were leaving the pool area that trouble began. An older man began to tell Alan he was going to hell for thinking that way. At first, James was confused until he saw the pride bravely on Alan's wrist that stood out against the proper black suit. Alan was about to reply when James pulled Alan into a tight squeeze.

“My boyfriend here didn’t ask for your opinion so why don’t you go perv over the little girl's bikinis,” James said easily pulling Alan away. Unbeknownst to James, Alan was grinning like a mad dog. James was holding his hand tight.

“Do you think we’d make a good couple”

James chuckled smirking. “I’d say so” the two were having such a good time just enjoying each other's company that when dinner time came they found each other goofing around in the buffet hall. Neither caring what their respective families would say. The two were scarfing down the buffet when a load crash caught their attention people raced to the windows. Curiously James ran to see what all the commotion was: huge mentors slammed onto the ground. Cars slammed into each other as people panicked. In the distance, James could see a tornado starting. Alan pulled him away from the window as a rouge tree flew into the glass sending every onlooker flying. Alan drug James away from the chaos out into the underground garage. Frantically he looked around.

“Well even more reason not to die here,” Alan said, shoving James down the hall as the whole building began to shake violently. Alan finally found the vehicle he was looking for;  A giant tank of a Hummer stared back.

“Get in,” Alan said climbing into the driver set. James looked around at the crumbling building in terror.

“Do you even have the keys?” He asked climbing into the beast of a car.

“Yes, I lifted them this morning right before we meet that part of the reason I was being chased”

“And the other reason?”

“I was going to tell everyone that I’m Gay and that my father is the biggest homophobe alive, hopefully tanking his stocks for all time,” Alan said looking relieved. James slammed the door and buckled his seat belt as a piece of the roof collapsed in bouncing off the dash.

Chuckling nervously Alan punched the gas speeding out of the building right through the ticket station. The scene of the streets was pure and utter chaos. Dead chard bodies, hellish fire, and panic injured people were everywhere. The concrete street was splitting and in the distance, water splashed and fail as the moon showed its face in the middle of the day. Frightened Alan began hyperventilating and muttering to himself.

Weaving in and out of traffic Alan drove, making a mad dash for a hill in the distance. “We need a place to hide,” he said confidently. His blue eyes burning with determination. “The beach should be safe from fire,” Alan said choosing as he drove towards the beach that’s bridge was disappearing due to the rapidly rising tides.

“Hide?” James said, confused as he looked out into the distance there appeared to be nowhere they could possibly begin to hide.

“Yea I’m hoping if we can ride this out we’ll be okay,” Alan said sounding unsure and fearful.

“You think it's warfare?” James said, looking at the falling debris.

“No it’s too sporadic,” Alan said, shaking his head. “You don’t want to know what I think it is”

“I think it’s the end of the world”

“Why would you think that?”

“I follow this guy online he use to work for NASA and about a year ago he saw an anomaly in the sun's rotation, no buggy right” Alan laughed. “Than one in the moon then boom he’s gone, then this shit”

“Did he say what to do or what would happen”

“He said where screwed life on earth goes bye, bye”

“Oh” was all James could manage. The bridge in front of them was gone taken out by a meteor. Grunting Alan slammed the gas pedal down. With a made leap of faith, they cleared the gap the back tires struggling to get traction. The two exited the car watching the water eat the land around. Fire danced on the rising water glimmering like stars. The two stood there staring in disbelief. Defeated they slumped to the ground watching the fires burn in the distance. They had survived the end of the world as they knew it. No government, no police, only each other and what they chose to do with themselves. The thought was delightful and short livid.

“You know what I’m glad I meet you”

“There is no one else I’d spend the end with,” James said fondly resting his head on Alan who wrapped an arm around him. The blue sky became a toxic purple and orange as the sun exploded and all life on earth ended as the ozone layer tore to shreds. A pop traveled through space leaving behind a void of silence where the human race had once been. The universe became silent as it had been at the dawn of creation. 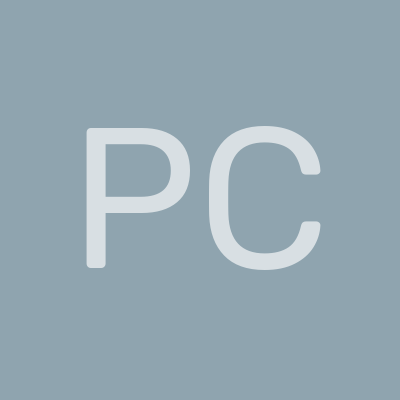 JD, your speeling is atrocious.

Yeah this one is pretty rough I think I wrote it late night. Nevertheless mind giving me some pointers my grammar is rusty.

Awwwwwe it's cute but I'm crying.

Short, sweet and to the point. Love it thanks for not throwing a whole lot of mush at me