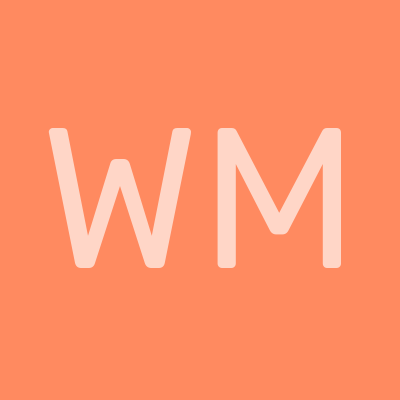 Mauve immediately knew something was wrong when her two best friends slunk into the library, lunch boxes in hand. Riley’s hair was a mess, and Reese was walking slightly faster than usual to get away from him. This was never a good sign.

When Reese got to their spot, he simply stared at Mauve, his lips pursed together, and didn’t even start a conversation. Riley followed after shortly, looking even more anxious than usual.

“What is it.” She frowned at them.

“Oh. It’s nothing. It’s just a certain someone in this room doesn’t value his friendships.” Reese sniffed and rested his head on his hand as he begun to eat.

“I’m a decent study buddy.” Reese said, bitterly, turning up his nose to his ex-best friend.

“Hey! Calm down!” Mauve barked, and her friends shrunk into their seats immediately. “What is going on here? You both value our friendship!”

“Mm… not a certain someone.”

Riley groaned and covered his face as Reese took a bite of his peanut butter and honey sandwich, looking at the friend he was currently on speaking terms with.

Mauve sighed, deeply. “So… you wanna tell me what’s going on, Riley?”

He grumbled through his hands. “I… don’ttt.”

“I do!” Reese grinned at the opportunity, raising his half eaten sandwich like it was a trophy.

“I think you just want to make him look bad.” Mauve said, raising an eyebrow.

She turned her attention back to her lunch, picking up a bag of potato chips and popping one in her mouth. “Ok, you go first.” She said, after a moment of chewing.

Riley sank further into his seat, head still buried in his hands.

“Hmmm… ok so it all started a good 2 hours ago.” Mauve rolled her eyes, they’d been attached at the hip this morning, “We were in English, and Mr. V had been talking about some kind of group project, and we got to choose our partners! Naturally, I turn to my best frie -- ah, sorry. EEEEEX… best friend, and you’ll never guess what I saw happen!”

“Felice had already asked?” Mauve said, through a mouthful of salad.

She was the smartest kid, probably ever, and one of Riley’s friends whom Reese had claimed a never ending rivalry with.

“Yeah! And she’s also my friend so why can’t we be partners?!” Riley said, jabbing a finger into Reese’s face, which made him steal his glasses.

Mauve did nothing about this development, and instead turned to Riley. He was clawing at Reese, who was holding his glasses just high enough that he couldn’t reach them. “What’s your perspective?” She said, in a teacher-ish voice.

He squinted and scrunched up his freckled face at first, but then seemed resigned, like he had now accepted his new glassesless, Reese-less life. “Fine.”

He took a huge bite of his huge sandwich, dabbed his face with a napkin, and settled into his chair. He sort of looked like an old man, now, with his squinty eyes and huge chair.

“I already knew that.” Mauve sighed, trying not to look as bored as she was.

“Aren’t you supposed to be stopping the argument, not starting another one?” He raised his eyebrow.

“Reese then said some… choice words, and now were not friends anymore. I guess. Even though we’ve got every class together. And also we live in the same apartment complex. And that’s been our life for like 13 whole years.” Riley mumbled as he began eating his sandwich, which was huge and packed with vegetables.

Mauve looked at Reese and frowned, deeply. He frowned right back.

“I think you’re stupid.” She said, like it was a fact of life.

“That makes two of you!” Reese interjected.

“Yeah!” They said in unison.

The ate the rest of their lunch in pure silence until the bell shrieked for dismissal and they all went their separate ways. Apart from Reese and Riley, who both had Biology for 6th period.

They walked a distance away from each other, but it was a bit hard because they kept getting smooshed together in the crowded halls like sardines.

Riley gave Reese a dirty look when they bumped into each other for the third time, which he returned gladly.

When they arrived in class eventually, it dawned on Riley that he still did not have his glasses. He supposed this was just how it was, now.

The rest of the day was awfully boring for all of them. Mauve was always bored, really, but the others were never bored. They were always chatting and making jokes with each other, but that wasn’t what happened anymore. Lately, all they did was stare at each other with such an intensity that everyone else got scared of walking between the two.

Mauve got worried when it wasn’t resolved by bus time. They all shared the back seat, and typically Mauve took the left window seat, while Reese and Riley squished together so they could both see out the right one. Today this was not the case. Mauve had been forced to sit in the middle seat while they argued.

That was when she decided enough was enough.

On Saturday, she called an intervention with her two best friends. It was disguised as her dog’s birthday party, and because neither of them even knew dogs could have birthdays, they decided to come. This was clearly the wrong decision, because when they arrived, they saw each other immediately and nearly left.

Mauve managed to grab them by their jackets and pull them inside her house, which was currently filled with dog themed decorations. They were so mad, they didn’t even get excited by them. Mauve did feel a bit worried by this.

After an uncomfortably long silence, Mauve shattered it with a blunt sentence. “You guys need to make up. You guys looked as bored as I do all the time! That’s not okay!”

Riley frowned and snuck a glance at his ex-friend, but Reese didn’t do anything until he said, “Whatever do you mean? I am always this bored.”

Mauve scoffed at him, “Liar!”

“Well I’m not going to be the one who apologizes!” He exploded.

“Me neither!” Riley said, but afterward his frown deepened. He fiddled with his jacket before glancing at his friend again. This time, he was looking too. “Um… maybe I should. Apologize, I mean.”

Reese sat with this for a minute. “NO! I should apologize! I’m sorryyyyy! You can have all the friends you want, I just want you to be my friend, too! I shouldn’t have freaked out. She’s just like… cooler than me. And so are you! I didn’t wanna loose you.” He frowned, his eyes downcast.

There was silence for a bit, Mauve had left to go get cake as soon as Reese started talking.

Riley put his hand on his friend’s shoulder, “Hey… I’ll always be your friend.” He grinned, “I literally can’t escape you! You live right next door to me!”

They broke out into giggles and when Mauve came back, they were still laughing.

“So… you guys want this?” She gestured to the plate of cake before kneeling down to pet her dog.

“YES!” They shrieked in unison, and for just a second, Mauve wished they hadn’t made up so soon.

I thought this story was so adorable and I am happy the friendship was salvaged by the dog's birthday party. I loved the sentence when he says that she lives right next door and how can they not still be friends. How wonderful to learn to forgive.

This was soooo good! My favorite line is - “It was disguised as her dog’s birthday party, and because neither of them even knew dogs could have birthdays, they decided to come.” I can’t tell you how many times I’ve went to things simply out of curiosity. Keep on writing! You got skillz

I wasn't sure what to expect when I read the title of this, but I would certainly say that it's not true that you don't know how to write! This was well written and a lot of personality (both of your characters and of you as a writer) really comes through. I particularly enjoyed how your main character tried to get her friends to speak again by lying to them about a dog's birthday party - this was really funny! Please keep writing. Also, did I just miss a really clever title or is this story really a school project?

Thank you so so much, I'm really glad you enjoyed it! It really is for a school project, that's why it's the teeeeniest bit rushed haha