How To Deal With a Neo-Nazi Of a Trump Supporter

Submitted into Contest #61 in response to: Write about a character who’s obsessed with an era they never lived through.... view prompt

It was a fine day somewhere in La Jolla, San Diego and everyone was out and about...and even Persephone Amelia Shapiro was no exception. She was going to a local bookstore, where she decided to buy a Jane Austen book called “Pride and Prejudice”, so buy the book, she did. You see, there were times that she would’ve loved to have been born in the mid-18th century, since the dresses back then were very beautiful. Plus, Persephone had seen lots of girls wearing revealing clothes in public, mostly bare-midriff tops, either booty shorts or micro-mini skirts and high heels combined...and she didn’t like it one bit, not because she thought that all girls should cover themselves up from chest to ankle, but because she considered it objectifying and violating and she also decided that the Jane Austen era didn’t really have much of that, which was fine by her.

Anyway, Persephone decided to stop by at a local cafe for some lunch, so as soon as she reached a cashier, now was the time to place an order.

“Can I help you, miss?” asked the cashier.

“I would like some basil and tomato soup with croutons, please?” Persephone said.

“Anything else?” the cashier asked again.

“Yes,” Persephone answered, “I would also like a grilled cheese sandwich and a warm spinach salad on the side. As for drinks, I would like some GT’s lavender kombucha, please.”

“Your order will come right up in a moment,” said the cashier.

“Thank you very much,” Persephone smiled prior to walking towards a table, where she would kill time by reading her new book while waiting for her meal to arrive. Just then, a very muscular guy spotted her doing so, so he decided to sit at the same table with her. He had blonde hair, blue eyes and a bushy hipster-style beard; he was wearing a red baseball-style cap with a “Make America Great Again” logo on the front of said hat in addition to a black polo shirt with gold trims, a pair of jeans, a pair of combat boots with red laces on each boot and a pair of sunglasses, respectively.

Anyway, as Persephone continued to read her book, she saw him grab and then shove it down, startling her instantly.

“Hey, take it easy, toots!” the man blurted out in response. “First of all, let me introduce myself. My name is Thomas Pittham. Do you have a name?”

“Oh, that sounds Jewish to me, doesn’t it?” Thomas teased. “Damn, I hate it! Anyway, why are you reading a damn book? You know women aren’t supposed to be doing that, right?”

“Easy, toots!” Thomas boomed. “Women should be cooking and cleaning and squeezing out lots of kids, especially boys, instead of reading! Gee, I wish Hitler was still alive, so he would help Donald Trump put women in their place—“

“How could you say that?” Persephone squealed in horror.

“Simple!” Thomas smirked wickedly. “I wish I could go back to Nazi Germany, where men were men, where women always either stayed in the kitchen or went to church and where Jews knew their place!”

“Thomas, that’s disgusting!” Persephone yelled. “Both sets of my grandparents are Holocaust survivors! And you haven’t even lived through the horrors that they were forced to experience!”

“So your family is Jewish, huh?” Thomas questioned. “I have news for you, toots, so listen up and listen carefully! Jews make me sick! And I don’t care if I haven’t gone through what your measly old ass farts had gone through! In fact, I would’ve helped the Nazis finish them off if I could go back in time to Nazi Germany! And don’t get me started on those idiots for Russians who freed them!”

“Thomas, please stop!” Persephone shouted as she banged her fists on the table. “My grandparents would’ve died if not for those Russians! Also, I’m Jewish and I own it, buster! And if my grandparents hadn’t survived the fucking Holocaust, then I wouldn’t have been here! And neither would’ve my parents, aunts, uncles and cousins combined! By the way, I have news for you too! You’re a horrible person for ever saying that you wanted to live through those evil things that Hitler had done! You sicken me to no end and even when I wish I could’ve grown up in a different era, I would never wish to have gone through something so horrific! You really should be ashamed of yourself!”

Just then, a waiter walked over with Persephone’s meals in tow and was shocked at what he saw, so he decided to take a stand too.

“I’m sorry, sir,” the waiter spoke clearly, “but we don’t tolerate any Nazis or any other bigots, so I’m afraid that you’ll have to leave now.”

Hearing this, Thomas was surprised at first, but then he glared at Persephone with anger in his eyes.

“You’ll regret having me kicked out, you sly little Jewish bitch,” Thomas growled as he reluctantly got up from the table prior to stomping out of the cafe. “Smell ya later!”

“Miss, here’s your food,” the waiter said sympathetically as he laid the food on Persephone’s table, “and I’m sorry that you had to deal with that boorish young man.”

“That piece of shit insulted my grandparents and my heritage,” Persephone growled as she began to eat her soup in addition to eating her sandwich and spinach salad combined. “And come to think of it, he’s not only a fucking Trump supporter , but he‘s even obsessed with that disgusting era where the Nazis were torturing my grandparents!”

“I’m so sorry to hear that,” the waiter said. “You see, this cafe here doesn’t tolerate any bigots and that includes Nazis and Trump supporters. And we strictly enforce this rule by kicking them out for their hateful behavior of any kind. Anyhoo, I hope you can still enjoy your meal. Bon appetit.”

“Thank you,” Persephone said solemnly as the waiter walked off while she continued to do her best to enjoy her meal.

Shortly after lunch, Persephone walked over to the beach nearby, where she tried to regain her composure until she eventually was calm enough to return to her apartment.

She was supposed to enjoy her lunch, but that damn Thomas had ruined it for her and she would never forgive him for that.

That asshole ruined my day, she thought as she walked in. How could someone ever want to go back to an era where so many of my ancestors were tortured or killed? So disgusting! I’ll never forgive him!

Later that evening, she had dinner (which consisted of a bowl of macaroni and cheese), after which she ended up watching TV until midnight eventually fell, and then she had to go to bed afterwards.

How would he like it if he were Jewish and Hitler was torturing him? Persephone thought to herself once more. Okay, get it together, Persephone! Maybe tomorrow should be a better day.

With that, she climbed into bed and drifted off into a fitful sleep.

Wow, I was really about to be very, very stupid and say "This can't be true!" before I realized that I have literally witnessed this and been at the brunt of similar things. Words that need to be said more right here!!! 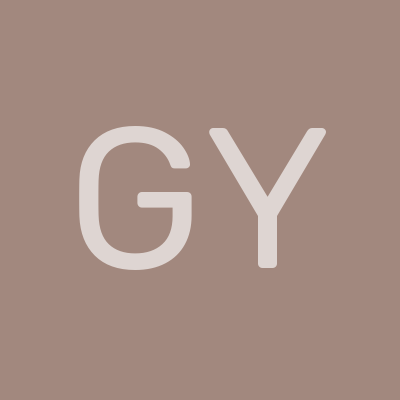 Wow. That was...intense. Have you actually witnessed the appalling actions of a "Thomas", like that? The few Trump supporters I know aren't anything like that. Yikes! A few (hopefully) helpful hints: This paragraph seems awkward: "Anyway, as Persephone continued to read her book, she saw him grab and then shove it down, startling her instantly." I'm having trouble picturing what's happening here. 🤔 The "Anyway" throws off the flow of the story. I noticed that word a couple times throughout your story. I would suggest taking them o...