The Times I Lost You

Submitted into Contest #42 in response to: Write a story that ends with one character waiting for the arrival of another.... view prompt

At first it wasn’t much.

Then we had school together, for years and years.

By the time we reached middle school, we were best friends.

We could read each other’s minds, and we always knew when something was wrong, and our many fights never lasted long.

I told you everything. Like when I first started wearing a bra, and who my crushes were. I thought you told me everything too.

But then came high school. We started changing classes, and you made new friends. They took up a lot of your time.

At first I didn’t mind.

You were happy, so I was happy too. But then I realized I had lost you. My best friend, to a pack of pretty, popular, soul-sucking, she-demons.

I shattered. Into a million pieces. You were supposed to be MY best friend. Together through thick and thin. You were my only real friend. I had only ever needed you.

The first night I realized this I cried and cried. When I woke up the next morning, my eyes were still red and puffy, and my pillow was still damp. But I got up, showered, and tried to move on.

I joined after school clubs. I met people. I made other friends. Kind of. They weren’t the same as you, but it was fine, I guess.

It has been a year since I lost you for the first time.

Today you smiled at me. It was a full smile. It should have been reassuring. We were going our separate ways, but that was okay. You wouldn’t forget me, because we had been best friends. It would have been okay, if that was what the smile said.

But I saw the hurt in your eyes. You were in pain, same as me. You didn’t like the shallow girls you hung around, but you weren’t sure I would want you back.

I came up to you during history, and gave you a hug. Said it was going to be all right. Told you to come over today. Smiled and laughed and danced.

We were best friends again. Almost the same as before.

It was different, but I could accept that. I had my best friend back, and you had yours- me.

I thought everything was going to be good now. Our friendship had some bumps, but I thought now it would be even stronger. After all, that was how it worked in books and movies.

You were quiet, always eyeing our surroundings, rarely contributing conversation. At the time I assumed you were still adjusting, although to what I wasn’t exactly sure.

The few times you did add something to my mostly one-sided conversation was when it turned to discussing boys.

Here you had a good amount of things to say. On my likes and dislikes, on your dislikes and likes, on generalities, and how to act.

When our first school dance came along, you were buoyant. You were asked out, and had energy. More than I had ever seen you with.

Then the dance came along.

I hardly saw you the entire evening. You danced, you drank, you kissed. I did nothing. I danced once, maybe, but otherwise I was a total wallflower.

Eventually, I noticed that you had left. You weren’t in the room. I ran around frantically, calling for you, not knowing if you had left by yourself or with a boy or what. I texted you, but you didn’t respond for what felt like hours.

I had lost you again.

I had no idea where you were. I ran outside, screaming your name. CLARISSA!! I shouted. I desperately hoped you were at your home.

It was raining, pitter pattering, soaking me thoroughly. I started to cry, my tears mixing with the cold, wet rain. Someone came out to check on me, but left after seeing how distraught I was with my blotchy red face, soaked dress, and salty tears.

I gave you a hug. Asked if you were all right. You said you weren’t.

I hugged you again and made hot chocolate. I whispered that everything was going to be all right. We watched a cheap movie on Netflix, then my mom drove you home.

I was relieved you were safe, and I thought everything was going to be better now. You had poured your heart out for me, and I had proved myself to you.

Shouldn’t that be enough?

It wasn’t even the beginning.

The next day, you ignored me. I assume it wasn’t personal, because you were ignoring everyone. You were in a funk. You didn’t even sing your solo in choir.

The next week, you still hung around me, if only so you could stay away from other people.

The next month, you were still quiet. You never said anything to me. You skipped school, and acted sick.

I realized I hadn’t found you again. I was losing you more than ever.

I cried again. I kept losing you. I didn’t know how, or why.

I tried to help you. We did so many things together, and you started looking a little better. I had hope.

But it wasn’t silly or ridiculous. Your moods ebbed and flowed, with more highs than lows.

Doctors said you were absolutely fine. That nothing was wrong, mental or physical.

Doctors said I was absolutely fine. That nothing was wrong, mental or physical.

I knew they were wrong.

You got better, eventually. Your heart healed, and with it mine. You started dating again, and that’s all you could think about. I was still hopelessly single, but you were happy.

You moved away from me, this time for good. You found a loving husband, and your dream job. You know you always will have me.

You asked me to read, so here I am. Very sweet! Your prose is nearly perfect, full of longing, bumpy in some places... been working hard? To make the first few sentences flow better, you could mash them together in one paragraph. I'm glad you understand the value of a period in the place of a comma. And lastly I think you could stretch the ending a bit more, show some scenes of healing, maybe Clarissa's wedding. To give true finality. Well done. I think your style has bled over into my comment, which is high praise. Keep it up!

Thank you so much for the feedback! I agree that a scene of healing would help the story, but I wasn’t exactly sure how to work it in, or even what it could be.

You're welcome! Well, I guess the wedding scene could be cool. Show her enjoying her husband's company and thanking her friend for always being with her.

Oh! That’s a good idea! I’ll probably go back and edit the draft I’ve saved after the competition.

Hey, would you like to read my story Black money and give feedback on it.

I would love too! I’ll probably get around to it tomorrow or later today. ;) 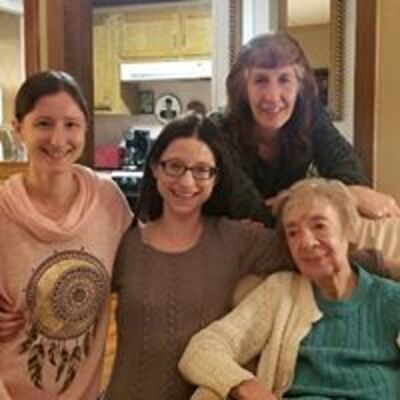 I like how this was all written in the first person. It gave the story a nice tone!

Thank you! I’m so happy you liked it! 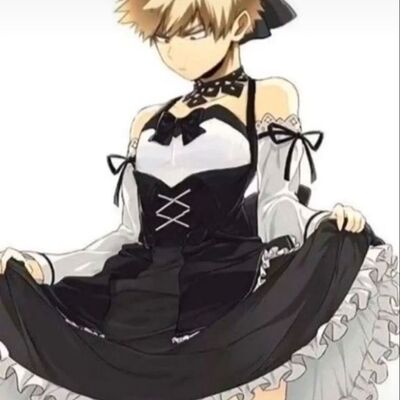 This was a good story, I think you could've made some paragraphs in there, but that is just my opinion, overall, it was a great story. I loved it!

I'm glad you liked it, Ella!

You perfectly captured the monotonous tone of the narrator, the style fit perfectly with your story of her looking back and reminiscing! One suggestion I'd have is to make your story more descriptive to really bring the scene to life!

Thank you! And I'll try to be better about that in the future, I tend to get caught up in the story and forget to describe stuff. I'm glad you liked it!