The Bard of Oceanos

Submitted into Contest #83 in response to: Start your story with someone emerging from the sea, and end it with them looking up at the stars.... view prompt

Webbed toes created webbed prints in the wet sand. Scaled feet connected to iridescent muscular legs that poured water as they carried the legend from the sea. Oceanos tracked up the beach, the moon full and huge behind her. A picture painted in black and white without the soul of sunshine to bring colour to the landscape. She rarely ventured onto the solid planes of shore, but this errand warranted her personal attention.

If you were to look upon the scene you would think of a fisherman’s wives’ tale about the goddess of the sea. A bard would sing of such excitement in port taverns across tropical islands, brought to the rich warm shores by weeks of sea travel with only his lyre and a voice to entertain the crew. And cats. Every sailor knew you needed cats aboard or you’d be drowned by the wrath and waves of Oceanos, the sea goddess herself.

Even now talk was quiet in a rusty wave-side inn as a sea faired bard sung deep notes of one of the many stories. His lithe blue green fingers caressed the strings of his lyre and his voice ebbed and flowed with the tale. Everyone knew the story; a mortal sailor stealing the sea goddess’ trident, only to have his whole family face the punishment of being turned into eels. He tried to care for the eels but they left him weeping on the shore, now preferring the company of Oceanos and her waters. The bard made the sailor’s tears seem alive in their own right, a subtle warning of the power of his goddess.

His goddess that was coming for him now. Oceanos’ shadow hunted ahead of her, casting a darkness that turned the grey sand black and caused crabs to scuttle out of her path. If everything had not been a shade of grey, to look upon her fishlike skin would have given your mind new colours that only the gods possessed. She had many forms but she was, at this moment, nine feet tall, the wrath she harboured made her ugly and harsh. The kind of obtuse grotesque that would force you to stare until the image was ripped from your vision.

She had sent her bard an omen, blessed him with a vision and given him more knowledge than other gods would think proper. Her most committed disciple, the one she had granted gills and lungs to. Even the harmonious voice had been wrapped in ribbon with a shiny red bow, a caressing sound to spread her fantasy. She had thought it proper, but she had been wrong. He was getting too powerful, gaining popularity amongst all sailors and sea folk, even the mermen. This is what she had foreseen. But she had not prepared for him to take it in his stride. To also tell stories of other gods! He was spreading too many tall tales to her followers of deities she did not appreciate. And now there lay a sandy trail of darkness from the lapping waters of her world to the wooden rafters of his.

He could sense her rage, his wave shaped talisman grew hot against his chest. Heat spit up to his throat and caressed his neck. His mouth went dry, the air around him went dry, water sizzling, dissolving from the atmosphere. He abruptly ended his melody and excused himself from the stage. He slunk against a barrel in the depths of the cellar, finding solace in a pool of rum. It was usual that he could sense his goddess’ emotions when they were strong, even from miles away, but this felt different. They were ravaging. He removed the brass wave, an act he rarely committed. The links had started to melt and bond together. A bond as strong as one of pirates and gold. He realised he was now branded. The permanent intricate lines flowed together on his skin. He had not felt afraid of Oceanos for a long time but he felt afraid of her now. He only hoped he’d done enough.

She took her final steps to the inn which held her bard. How easy it would be to break him. He would become nothing, less than he’d been before she had mistakenly raised him, merely scattered shells and seaweed on her ocean floor. Oceanos’ overwhelming outline interrupted merriment and mortals’ chatter. A brush of her fingers shattered splinters through the tavern. Silence broke before a roar of terror and dismantling of crowds. The ceiling capsized and starlight sailed into the wreckage. As soon as any wits returned the land folk fled out of the inn and further away from shore. With clatter and chaos the sea folk followed, no one daring to venture closer to the water.

Oceanos had expected to see her trembling bard bowing and begging. Bent knees before her. But the ruins emptied before she could sense his heart beat. She knew he hadn’t escaped, he can’t have been here at all…

He was still huddled in his own pity, in a tavern with sail still intact. The anger he felt from her exploded vying for a new peak. She had come for him but he was not there. The pact with the god of fire had been enough. He’d sworn service to a flaming monstrosity and he’d been hidden for it. He would need to hope this veil continued when he returned to the seas. He craved the gifts of more than one god, but he knew the tide would pull him back. The waves were where he belonged.

Oceanos felt emptiness as all life propelled away from her. Stood in a grave of her wrath she looked up. Her eyes pooled with stars, glowing hope buoyed in her gaze. This is the moment where a god may show mercy. Another almighty may find kindness and gratitude for the good. But Oceanos was the storm of a thousand scorned woman, the tsunami to navigate non believers into everlasting watery sleeps. Her determination was resolute. She would lure him back to her and hunt him when he returned to her domain. She would drown his vessel, cats or no, and saturate his soul with an undying ocean darkness. 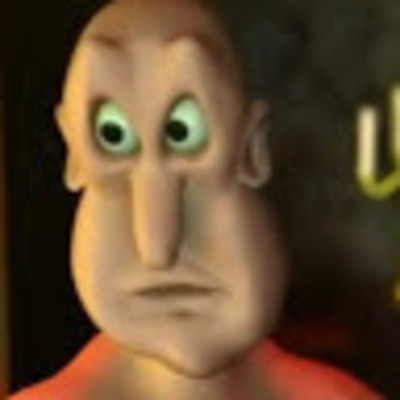