Some of the Half-Truths

Submitted into Contest #94 in response to: Write a story about two people who need each other, but are too stubborn to admit it.... view prompt

Jack lived her life by half truths.

Jack had a big house.

Wrong. Jack lived in a house by the railroad tracks, and it would shake when the westbound freight came by at 7pm every Wednesday evening. The house was little, only big enough for Jack, his mom, and his little brother. Jack said it was big, but what she meant was that it took up a big place in her heart. He didn’t elaborate on that last part. Jack lived in a half truth.

Jack had a happy family and childhood.

Wrong. Jack’s mom worked everyday except Sunday as a nurse from 5am to 9pm. Jack’s mother was always tired and never happy. Jack, her mom, and her little brother all had emotional trauma from Jack’s dad, but his mom had enough trouble keeping food on the table. No way would she be able to send them all to therapy. Jack could remember when her parents would put on a show. They were happy. They had enough money. Nothing bad was happening, nor was it on the horizon. Jack’s past was a half truth.

Wrong. Jack had friends, but she was worried that they would turn on her at any moment. They could be nice, but he could also see what lurked inside of them, like a snake inside a teddy bear, coiled up, waiting to spring. He didn’t know if they would accept her for who he really was, if they knew.

But they would never know.

Jack shouldered her backpack and walked to school. Her little brother, Will, hung close to her side.

He was eleven, and Jack swore she would do anything in her power to protect him. Didn’t matter what it was from, bullies, their father, or literally anything else, she would be there for him. She wished she’d had an older sibling, to watch out for her. On the scary nights, that’d been what she wished for more than anything. She wanted to be that person for Will, because he wasn’t there for the happy parts. She wanted to paint a picture of the better side of their parents.

“So, Will, whatcha gonna do today in school? How’s math?” Jack asked, ruffling her brother’s hair.

“Oooh! I know we’re gonna do an art project, and we’re painting birds! I think I’m gonna paint an owl, but I don’t know yet…” Will rambled on about the different kinds of birds and the pros and cons of painting them.

Will was a smart kid. Jack saw his report card, it was better than hers in fifth grade. She knew if he set his mind to it, it would be the most impressive bird on the wall of his classroom.

“Jack, when I grow up, I wanna be just like you.” Will said, looking up at Jack admiringly.

You really don’t, little guy, Jack thought, but she just smiled. “Thanks, Will.”

Will grinned, showing off his missing front tooth. It had come out later than most kids, but still, Jack was glad it had finally gone.

They walked up to their school. It was a kindergarten through twelfth grade school for the “disadvantaged”. Jack was in tenth grade, Will in fifth.

Jack said her goodbyes to Will and sent him on his way. She drew in a big breath.

It was time to face the day.

The morning sped by quickly for Jack. He usually went meal to meal at school, the students ate breakfast together (free of charge, thanks to the fact that he went to a school for the “disadvantaged”), then they would go to lunch after three hours of classes.

He sat around a table with his friends Parker, Jace, Lars, and Beth. They usually joked around until Jack’s sides hurt. Today was going to be different though, Jack could just feel it.

Parker sniffed. “Today on the bus a weirdo asked if I was gay. And I just...the thought was just...ick.”

Jack almost recoiled. Ick? He had never heard Parker talk like that.

“The nerve.” Jace mumbled, and he actually sounded sincere.

Jack looked around nervously. He had known this side of his friends existed, but he had never actually seen it. He had thought he was just being paranoid.

Beth wrinkled her nose. “Yeah, I was there. He asked because he thought we were dating.”

Beth socked him in the arm. “Shut up!”

Jack felt his face go pale. He didn’t say a word, but just sat still. Maybe he could disappear.

She said it like an insult. Jack almost couldn’t contain himself. He wasn’t gay, and even if he was, what was the problem?

“I’m not gay,” He said. “I just...can’t believe that you guys are saying these things.”

He wished he could take back the words as he said them.

“Because it’s stupid! It's not your life, it doesn’t affect you at all! So what if I was gay? I’m not, but what is your problem? What. Is. Your. Problem.” He got close to Jace’s face, pressing his index finger to Jace’s chest to emphasize every word. “You need to learn to live with it.”

Jace was a big guy. He played football. Jack...didn’t.

Jace grabbed Jack by the front of his shirt and lifted him up in the air.

“Learn to live with it,” He mimicked. “What a piece of garbage. Like you.”

He carried Jack over to the garbage can. Jack kicked and fought to be free, but Jace was simply too strong.

Jace threw Jack into the garbage can. He felt a discarded PB&J squish under his bottom.

“Stay away from us, gay lover.” Jace stalked back to where the girls and Lars were waiting.

The entire cafeteria had stopped to watch. Not even the teachers tried to help Jack.

Jack couldn’t see much over the rim of the can, but he heard a chair screech, and footsteps.

A guy, a cute guy (okay, maybe he was a little gay) walked over and stuck his hand into the can, offering it to Jack. “Need some help?”

The guy pulled Jack out. “My name is Mason. I saw what you did back there.”

“I think everyone did.” Jack mumbled, rubbing his sore neck.

Mason laughed. “Good point. Anyway, I really appreciated it. Someone’s got to stand up for us, eh?” He elbowed Jack lightly.

“Did you want to talk...about anything? Really, I can’t imagine how being with those losers everyday affected your mental health.”

“But…” Mason winced. “First, you’ve got something right there.” He pointed to a ketchup stain on Jack’s stomach.

Jack giggled a little. He didn’t know Mason very well, but he could tell they were going to be great friends.

Jack lived her life by half truths.

But she had some real truths, too.

He had a boyfriend named Mason. Mason was really cool.

Everytime Jace saw Jack in the hallway, he wouldn’t hesitate to push her into a locker. But Mason was usually there, and protected her.

Jack was genderfluid. It took leaving the group of homophobes to realize.

Jack was finally happy. Once and for all.

And that wasn’t a half truth.

I was having...feelings tonight, so I wrote this down and got it out. Hope y'all enjoy. *spoilers ahead, so if you're reading the comments before the story, don't!* Yes, I changed Jacks pronouns pretty frequently. If y'all didn't notice, i put this "💖🤍💜🖤💙" when their pronouns changed (except during the little prolouge-ish and epilouge-ish thing). Its the colors of the genderfluid flag (ignore the sparkles on the pink heart) I actually got the inspiration from a homework assignment, and i wrote "half truth". i ran that through my head a few t...

Alrighty. I haven't really been paying attention, anything happen lately?

Not really... she was posting mean comments to me earlier... then she said I was UGLY so I told her I'd forgive her for whatever she's done and I hope she'll change for the better :)

....does she even know what you look like irl?? funny. well, congrats on being the bigger person

I loved this story and it was so sweet! 🤩 I love how you changed the pronouns-it gave a sense of identity. Amazing job!!! As usual :)

Hey, I noticed you went inactive. You know what I like? The people who say "hey, I'll be gone for a while, but I'm not gone for good. I'll pop back in when it's fall." I don't like it when people delete their stories and leave. I want people to keep their stuff up and promise, or at least suggest, that they might return someday. Like Laila Lavender, who left 100 stories for me to read. I'm glad you'll come back in a few months!

Plz sign my petition to help save helpless cows and spread the word: http://chng.it/tmwTRXTcgq

This is so well written!

So the whole time, Jack was being teased for the wrong thing? I really feel bad for him/her (I noticed the pronouns kept changing, I knew it would come up eventually :) ) I liked the whole half-truth thing, and I really felt for Jack.

yes! thank you so much for reading!

Awesome story Carolina! I love the repesentation in you're stories. Their is so much diversity in them and it gives people from all backgrounds and identities something to be like "Hey, who I am is normal and there is other people like me out there." Flashback ten to fifteen years ago (Or maybe more) and everyone in stories and books and media where hetorosexual cisgender. I love it when there's characters aren't all the same race or have the same sexuality or gender identies. You did an amazing job of really getting across how lonley and cu...

Thank you so so much Maraika! I really try to include everyone in my stories, because as an author, thats my voice, to say, "I stand up and support this." and have those characters Thank you so much!

Of course! I try to make my stories divrese, but I end up making everyone at and look like me. I really need to work on that. :) 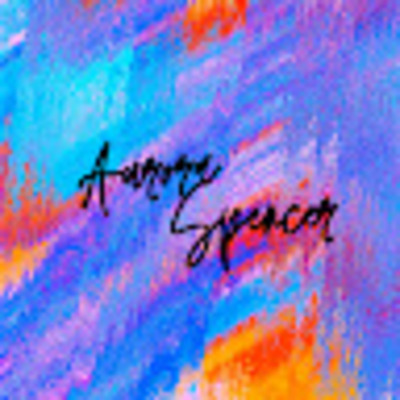 Wow Carolina! This story was really awesome. There aren't many I read which portray gender fluid characters (I've only seen one so far: Alex in Magnus Chase) and I love the representation here. And changing Jack's pronouns? That's ingenious because it shows their true identity and it doesn't confuse the readers either. I've seen cases where people talk against others like in your story and that really has to stop. I believe in equality, too, and I think your story did a great job showing that!

thank you so much Aurora! this really means a lot!