Submitted into Contest #103 in response to: Write a story about someone who starts noticing the same object or phrase wherever they go.... view prompt

“Luna, we’re taking dad to the hospital. Meet us there now!”

Two weeks later… “Pack a few things for mom’s hospital bag. We’ll take her to the same hospital that dad is in. Maybe the same doctor will treat both of them.”

Six weeks of constant stress and constant worry. With both her parents laying in hospital, hooked up to ventilators, machines literally keeping them alive, Luna and her brothers were stretched thin. She felt like a rubber band constantly being pulled, and just as she was about to snap, the rubber band extended ever so slightly. What some people called strength was a feeling that she dreaded and prayed would end, that the God to whom she so fervently prayed would deliver her parents from their illness and bring them back home. Afterall, even though she was an adult and had kids of her own, she could not live the rest of her life, however long that might be, as an orphan.

Luna grew up as a Christian. Not your average church girl, but someone who was severely flawed, made mistakes, but who knew that the higher power she so greatly believed in, loved her despite and in spite of her mistakes. She had multiple piercings and she fell pregnant before she was married (just a few of the countless things one wouldn’t expect from a Christian), but she couldn’t deny she was blessed by that higher power, especially with earthly parents that embraced her and loved her far beyond whatever sin she might have ever committed.

So when her parents both fell gravely ill, her first instinct was to pray, and to pray hard. She took on the challenges of daily life and made a special place for time to pray for a miracle.

And so she started seeking an answer from God. An answer to her prayers for her parents to be healed, for them to come home. She wished for a blatant answer to the questions she constantly asked – the question of whether or not her parents would survive. But God doesn’t usually text you an answer to your questions. She wished He would though. But that didn’t stop her from praying for a miracle.

One day, driving to work, listening to ‘A Million Little Miracles’ by Elevation Worship and Maverick City, she noticed a billboard across the highway. At first she thought she was imagining it, but it was practically jumping off the poster into her face. In big, bold black and red letters, made prominent on its white background, read the words: “I have come to give you life and life more abundantly! John 10:10”.

Luna was gobsmacked. Could this be the answer she so desperately wanted? The poster didn’t belong to a church, it wasn’t an advert, and it most definitely wasn’t there yesterday. Maybe her miracle was going to happen. She was consumed by tears. They flooded her vision so much so that she could barely see where she was driving. Dare she allow this one simple sign to relieve some weight off her shoulders? She wanted to take this as her answer, but she was also sceptical. It had been six weeks of bad news, mom and dad getting worse, sometimes feeling like they needed to choose one parent to survive because when they prayed for one, the other got worse; or when one showed improvement, the other got more critical. A constant battle of tug-of-war with no end in sight and no apparent winner.

That night, Luna went to the hospital to see her parents. Her mom, awake, looked good. The nurses informed her that there had been no change in her mom’s condition, but in this case, was a good thing. Her mom got neither better nor worse, and after weeks of battles, she counted that as a win.

She walked into another ICU to see her father, and to her utter amazement and disbelief, her dad was awake. This was an absolute surprise and shock to Luna, she burst into tears and, upon hearing her voice, her dad broke into tears too. He struggled to make eye contact with her, or even to keep his eyes open. Still hooked up to the ventilator and countless of drips and machines, it seemed like he was in pain. He tried to blink in response to her questions and tried his best to just grab a hold of her hand. To hold onto something concrete and real. After all, this was the first time in six weeks that father and daughter had actually seen each other; it was the first time in six weeks that her dad was awake. Perhaps her miracle, her prayer, was being answered.

After leaving the hospital, she drove past a line of shops, and there, outside the first shop, one that she had often missed, was a sign. It was only noticeable because, in March, it was surrounded by flashing Christmas lights – that’s enough to get anyone’s attention. Chalk on a black board, hand written as neatly as the writer could manage, were the words that feel like a punch to her gut, leaving her winded and panting. For the second time that day she sees “I have come to give you life and life more abundantly! John 10:10”.

How can she not believe that this is God talking to her? How can she deny the blaringly obvious? As she fell asleep that night, she allowed herself some hope. This was it, this was her prayer being answered.

The next morning, she woke up full of hope. More than the tiny sliver she just allowed herself to feel the day before. Thankful then, more than ever, she went onto her Bible app, and nearly dropped her phone in excitement when she saw the verse of the day, staring up at her from her phone.

John 10:10 I have come to give you life and life more abundantly!

This couldn’t be happening by chance, and it was happening too often to be marked up to coincidence. She got ready that morning and was practically beaming, knowing that she was going to see her parents well and improved later that night.

As she got into her car ready to go to work, her phone rang. She saw that its her brother and she answered with excitement to tell him what signs from above she had been seeing.

“Hi, oh my gosh, you’re not going to believe what happened…”

“Luna, we have to go to the hospital now. They just called. Dad isn’t going to make it. His heart rate and blood pressure is dropping,” she could hear her brother struggling to talk through the tears.

She sat in her car, frozen. No words came out of her mouth, she realised that she wasn’t even breathing. The punch in her gut…no, it was not a punch to her gut, it was a knife to her heart. She made the drop from 100 to zero, her heart broke into pieces and out of it flowed pain and aches that could not be quantified in words. Instead, it escaped from her as a heavy sob, breaking her mind and soul into a thousand pieces, making her question the God in which she so persistently believed in.

“Dad is very sick. Let’s meet at the hospital.”

Two hours later, time of death was called on her father.

If that isn’t enough to put doubt in your mind and make you question the belief that someone has the power to create life and give it to you more abundantly, than I don’t know what is. Luna spiralled into depression, floating from one meaningless day to the next, stuck in a routine that gave her no fulfilment, until the day she received another call from her brother.

“Mom is discharged. We can bring her home today.”

Luna collapsed in tears. And in the most subtle way of answering prayers, she felt a feather light hand on her shoulder, a whisper in her ear as the breeze from the open window fluttered against her face.

And if you believe in Me like you claim to, you know My words to you have been true, for your dad does have life here with Me, and your mom has life with you.”

In that moment, crying deeper than she ever thought possible, both mourning and filled with immense joy, with tears escaping not just from her eyes but from her heart and soul, the realisation hit Luna. It didn’t hit her like a truck… no, it hit her like a running hug from a best friend – the realisation that she had her miracle, and even in the death of her father, He was healing her mother, and He was closer than no other. 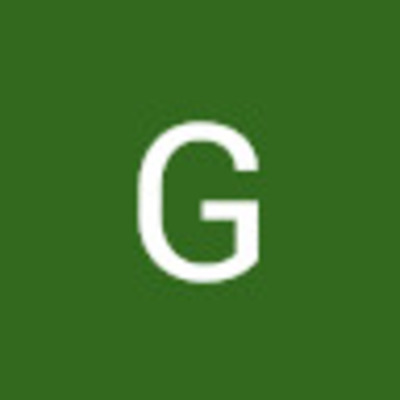 Thank you for sharing this. I know what you went through and how hard it was for you and your family. 🙏 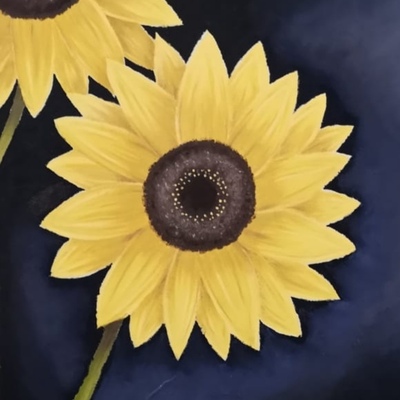 Thank you so much! 🌹

Thank you for sharing this, it is beautiful. ❤️

A very personal story. Thank you so much 🌹

Wow. Thank you so much for sharing this story. I have been thinking a lot about faith this week, as I have been watching the t.v. show, 'Lost', for the fifth time. :) I have also been thinking about Kierkegaard's leap into faith. I take it this is a true story? If so, I am so sorry for your loss. (As I mentioned in my previous comment, my dad passed away in 2013 from pancreatic cancer. He was a pastor and had amazing faith, but he still had periods of doubt. I think this is very normal, to have doubts, during the process of faith.) Again, ...

Ruth, I always love getting comments from you. Especially ones like this! Unfortunately, this is a true story, my mom and dad contracted Covid-19 after my dad was in hospital for major lung surgery. This was in March this year. Being a daddy's girl, I still haven't come to terms with it but I got my mom back. It was touch and go with her for a long time and she was still on a ventilator when my brothers and I had to plan and have my dad's funeral. Needless to say, these events made me question my faith. But my mom coming back to us was def...

Hello Theresa, I enjoy corresponding with you as well. I am so sorry, again, for your loss. I know that there is nothing I can say, but I am here for you, if you ever want to write about what you are experiencing. My email address is: ruth.porritt@aian.org.cn I am also a daddy's girl, :) and I think this theme comes up in many of my stories. (Now, after 7 years, I am at a place where I am trying to talk with my mom as much as possible, so I can know her as much as I can. As a teenager, my mom and I had major issues with each other, but no...