“I saw them die. One by one, he slits their throats with their arms strapped behind their backs. Their bodies, once repositories of people as alive as I am, were slumped over, half-sitting, half-laying and completely naked. Some minutes after, the surrounding air became soaked in their stench. One could pick up the fetor of blood from a mile away.”

The furniture stared blankly, and doubtingly. Of course they didn’t believe a word he said, and he knew but went on anyway.

“They lay like ghoulish mannequins in a waste of blood by the shores of lake Bayport, their entrails sticking out like so much corrugated and rubber tubing.”

“You dumb fuck,” Protested the beat-up office desk, “There’s no such lake in Retroville.”

“I saw the bodies. He left them lying at the shores of a large body of water. I can’t tell for sure if it was a lake though. There was something scrawled onto a little board I found at the shores. I’m not entirely sure if it’s the name of the lake, or just a street nearby, but it reads Bayport in bold, white paint.

“Oh, yeah.” He picked up a note of sarcasm in that tone.

“You have to believe me!”

A blot of silence.

Time crawled as Pan sat in the hot, stuffy room painfully watching the fabricated pecan contemplate inwardly as if trying to judge his report as true or not.

And he thought the furniture was useless. Quite the contrary, they felt more alive than Priscilla Pierce, the medium-sized detective who sat before him, wordless. Her expression was rather stumped than horror-stricken. She hadn’t said a word since they’d exchanged greetings, which was almost an hour ago.

What ails her? He thought with dread. Did she, too, doubt?

It could be that his absurd, and almost unbelievable explanation about some dead bodies he’d found by the lake, is vague and simply monitoring her internal self and is reluctant to settle in a mind that is heavy with uncertainty, and that is repeating ancient mantras of self-doubt.

Oblivious to him, Priscilla was positively awestruck at how quickly he responded to every thought that’d developed in her mind, even when they hadn’t engaged in any physical conversation yet. It felt almost as though he was reading her mind. She was surprised but, nonetheless appreciative.

“Bayport.” She finally said in a low voice, thoughtfully. That was, quite possibly, the only word he’d heard her say since she entered his apartment. “There is no lake by that name, and there certainly is no natural lake in Retroville –only an artificial lake owned by Floyd Richardson, your boss. But I’d be sure to look into it. And most interestingly, I’ll look up the name Bayport. See what I can find.”

She took out a note and began to jot as the interview progressed. The overwhelming scent of permanent ink filled the room like mothballs. He watched eagerly as her pen danced ferociously on white pages, then stuck out his neck to steal a peak.

Her gaze shifted to him and his head returned back in his neck.

“From what you observed, how long do you think the bodies have been there for?”

Again, her pen kissed the pages of the note. He watched silently as its lifeblood drained slowly to make a message which seemed vague from his perspective.

“Do you think maybe this could be a serial murder?” Curious Pan questioned.

“It is still too early to draw any conclusions yet, but we’ll look into it.” She said, without making any effort to return his gaze.

The chair with a face that seemed awake, pressed down by her weight, groaned, expressing its displeasure. He comforted it with a tender gaze, making a silent promise to dismiss the detective the soonest he could. It grunted a little impatiently –an affirmation that his message was quite understood.

“Are we about done here?”

Her features formed a humourless smile which quickly vanished after a fraction of a second. “Sorry if I’m taking your time.”

“No, please, it isn’t so. Just that there’s something I really need to get back to.”

And her pen, stripped of its motivation, danced no more.

Pan watched with wide eyes as her breast pocket swallowed the pen whole in one gulp and her pant pocket took its own fair share of the note.

As she stood, he heard the chair gasped, gaped. “Thanks buddy. I owe you one.”

He winked and gave its top rail a quick bump behind the detective, before proceeding to escort her to the door.

The door protested as it slowly opened and the late afternoon spring air found his face, tyrannous, fierce. He slammed shut the door after they stepped outside and it grumbled in annoyance. He ignored its meaningless promise of revenge.

“Thank you for bringing this to our notice. I’ll alert the homicide department at once, and surely, we’ll get to the bottom of this.” Priscilla assured and sauntered towards her partner –a pedantically neat man in his forties, tall and slightly hunched, with a thick black mustache and round glasses, leaning beside a lime green car.

Pan caught him staring up at his apartment. The bookish detective seemed very much interested in its design. And Pan gave a quick glance at the façade of his seedy apartment, to see what seem quite interesting to him. All he saw was a rundown house gazing down at him depressingly.

Just inches away from him, Priscilla stopped and turned. “Do call me if you remember anything else, anything at all.”

“Oh, I will!” He said dismissively and they both got into the car.

As soon as the sorry engine roared to life, it wheezed its death cough. But the detective was persistent, pushing it hard until the engine came awake. Pan watched as the car staggered from his carport and trotted along the clobbered driveway, taking the detectives along. Then he released a breath he didn’t realised he was holding and turned towards the pewter grey door –now slightly ajar, left open by the wind.

While making his way to the door, it appeared to smile at him mischievously. And reaching the entrance, the door, aided by a sudden gust, slammed in his face –a friendly reminder of its earlier promise of revenge. Last time, it wasn’t so friendly and his nose had suffered for it.

He pushed the offended door. It struggled, but his strength was overpowering. It squalled on its hinges, loud, rusty and cross. But in the end, it acknowledged his might and let him through.

Once inside, he returned to where he sat, frustrated, bad tempered. Left on top the office desk was a tray with glasses and an untouched pitcher of lemonade which he’d offered the detective on entering his apartment.

And just then, the corner of his eye was caught by Soju, an unfinished bottle of Korean Vodka, sitting on the little counter far across the room. Soju stared down at him with big sad sorrowful eyes. She hates to see Pan in such terrible mood –a true companion indeed. While on the other hand, Pastis –her male counterpart –a twin sized bottle of flavoured liqueur, didn’t care less.

Whenever Pan needed to get hyperactive, Pastis was always there to serve his need, though a will not of his. Little wonder then why he hates Pan so much. Soju was quite the contrary –ever ready to serve his needs when he’s feeling down, or whenever he comes home after a sour day at work.

But at the moment, Pan was simply cross and there’s nothing either could do about it.

“Cross? But at what exactly?”

“The door, you degenerate piece of shit!”

The chairs conversed, forgetting that he was seated before them. Pan shifted his gaze and focused on them. And at once they were silenced by his glare.

And just then, his cell phone danced with the vibration of an incoming call. Answering the phone, it mimicked the voice of his boss. “What’s this I’m hearing about some dead bodies you found lying at the shore of my lake?”

Damn that stupid bitch of a detective. He cursed under his breath.

“I’m sorry, what?” The bad tempered phone inquired, barking in his ear.

“I never pointed accusing fingers at you, sir. She did.” He said in a tight voice.

“Let’s hope, for your sake, those accusations are true. If it’s not, then don’t bother showing your ugly face at my restaurant, you two-faced mouth breather!” And the phone went dead after giving Pan a piece of its mind.

The phone, still unsatisfied with all that had been said, screamed to life –mimicking Priscilla this time.

“What bodies?” The phone inquired with an arched eyebrow.

“There are no bodies, and no evidence of a murder here in Retroville. My partner found that all you’d described; corpses devoid of skin, lake Bayport –are not real. They are simply fiction.”

“What are you on about?”

“Bayport isn’t a lake. It’s the title of a murder series.”

The phone weighed so much it fell to the floor with a loud thwack, and its arms and feet scattered across the room.

It didn’t make sense. A murder series? It couldn't be. He saw the bodies early this morning -or did he? Had his eyes cheated him?

Just then he remembered he hadn’t stepped out of his apartment since today. There is no way he could have witnessed the murder.

He thought he heard the door let out a high, lilting laugh.

Now Pan knew for sure he’d watched a movie early this morning before he made the call to Priscilla.

“Well I’ll be damned.” He slapped his face.

He trudged towards Soju and Pastis as they sat at the counter, close beside each other, ready to serve his needs. And suddenly, Pan clutched Soju’s neck with his left hand and Pastis’ with his right. They were both taken aback by the sudden violent display of his rage.

Pan only took one of the two whenever the need arises, and never the two at once. Never, not once. Only until this morning had he allowed the two comfort him, this one time only, and now every inanimate object he set eyes on sprang to life.

Hey, Jeffrey! Great story! I really admired the way you described items such as "Again, her pen kissed the pages of the note." I believe that the ending was a bit confusing for me, but overall great job, and keep writing! :D

Hi. I'm glad it entertained you. Maybe this could help you understand, Pastis and Soju are literally the names of drink and not actual characters. 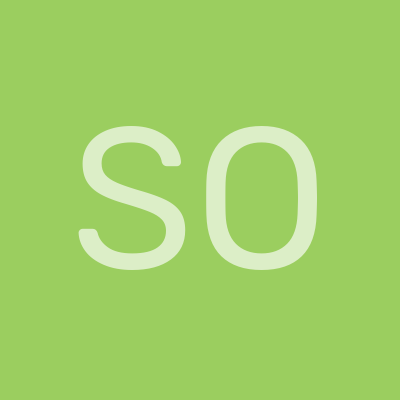 Am wowed by this.

Hi! I love the descriptive detail in this story. While I was a bit confused as to when the various pieces of furniture were speaking (it was a bit hard to distinguish), I thought the idea of the furniture helping in the investigation was positively genius:) Looking forward to reading more! Amelia

I'm psyched you love it.