Submitted into Contest #139 in response to: Start your story with someone having their height marked on a door frame.... view prompt 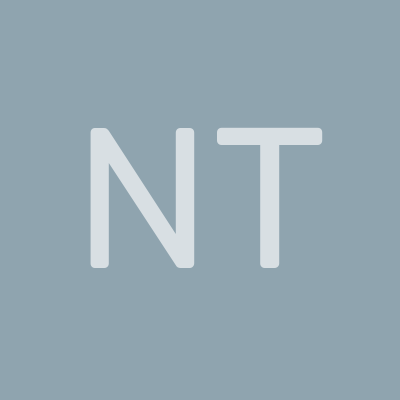 “It's five pm, dad should be home any minute”, I thought to myself as I peered down our driveway. I had already laid down the measuring tape, pencil and even managed to flatten out my unruly bushy hair into a tight ponytail (I wouldn’t want to cheat and pretend to appear taller).

I heard my father's car approaching from a distance, he always managed to procure vehicles that had a distinguished sounding horn ... I was up on my feet and ran towards our main door.

I saw him pull into the driveway. He warmly greeted me at the door, my father doesn’t know this but his evening greetings are memories that I still hold close to my heart.

As a middle-aged hard-working man, my father not once exhibited his fatigue and frustrations of the workday to us when he would come home, when my sister and I were younger we would leap into his arms and we would stay there until it was time for our evening tea.

As he walked into our home, he proceeded to greet my grandmother, who at seventy-six still insisted to do her sewing.

“ Daddy, you must measure my height at once”, I demanded as looked up at my dad with my chin up and shoulders pulled back.

“You aren’t going to grow in a day Ruby “, replied my dad with a gentle tap on my shoulder.

“I know, I know but please dad they’ll be assorting us into our height divisions at school so we can compete in the upcoming sports championship, and I want to compete with all of the tall girls."

My Father without much debate proceeded toward the measuring tape and pencil I had already laid out for him, and I stood by our doorframe still as a statue waiting for him.

With a gentle smile, my dad proceeded to measure me, I tried to look up at him without moving my eyes too much so I could read his expression. Composed, no change…someone should take my father to a poker game.

He stepped back and wound up the tape,

He sat down as he began to take off his shoes “ four feet and eleven inches, the same as yesterday” he said with an almost apologetic smile, I could feel my face turn red and my eyes began to swell up with tears.

“NO! now what do I always say about crying”, he said with a now firm and yet gentle voice.

“ Only fools cry”, I managed to mumble.

With a gentle smile my father proceeded to ask, “ Is my daughter a fool?”, “No” I replied with a small smile of my own.

We dint speak much of my height that night and retired to rooms.

The next day my alarm went off and I was ready at five-thirty am to be driven to school for my first sports event of the season, as I passed the doorway I noticed the grey pencil mark right under the five feet mark. It infuriated me, as I bent down to pick my bags up, I realized that my father was watching me as he sipped on his first cup of tea.

Our car ride today was quiet, contrary to the other days where I would chew my father’s ears off with absolute nonsense, but It was a day I learned something about my father he was oh so very observant. He noticed me looking at my legs as they dangled inches away from the car mat and asked

“Would you tell me why you have a sudden obsession with your stature”, back then the answer was simple... my parents and my sister were considered tall in accordance with Indian standards, on the other hand, at a mere four feet and eleven inches I was the odd one out.

I voiced this to my father, and he proceeded to explain genetics to my then thirteen-year-old self. At the time I thought it ridiculous that my height was a predicament of ancestors who I had never even met.

Like every teenager’s mind, my mind wandered onto other things almost immediately and for months I had forgotten about it.

On my birthday it was almost a tradition that my father would take me out shopping, and almost every year it would be Pepe jeans or Levi’s. Those brands back then coasted a fortune and even in my puny teenage brain, I knew that my parents were splurging on me for my birthday.

Like every year I picked a few colors, tried their fit, and had a few alterations made.

On the car ride back home, I wanted to glimpse my new jeans in the natural light, so I pulled them out of the paper bag and felt something drop to the floor, it was almost twenty centimeters in length, it was all the excess material from my altered denim pants.

I didn't say much on that car ride either, just went into our home and ran towards my bedroom.

My parents were doing their evening readings when I came out of my bedroom, with an eraser in my hand and began aggressively rubbing out the etchings of my height in the past few years.

My father was a man of few words but when he spoke you were compelled to listen and absorb everything he was saying, and every word my father said to me that evening I absorbed like a sponge.

He didn’t try to stop me from erasing the etchings on the wall but simply waited for me to stop and join him on the couch and then gently embraced me as I cried and said in that same soft, gentle yet firm tone.

“ Yes, you are small, I cannot and will not lie to you that you are not at a disadvantage. People might overlook you, not take you seriously and even make fun of your tiny stature. But you are Strong, Intelligent, and so much more than ju­­­­­st your height. So from today you will walk with your head always held upright, chin up and you will command every room you walk into”.

I don’t recall saying anything to my father after his brief advice, but I did from that walk upright and aimed to command a room with my presence alone.

A few years later as we were packing our things getting ready to move into our brand-new house. I remember walking through our house for the last time when little etchings on a wall caught my attention.

I didn't want to lose out on our deposit, so I grabbed an eraser to take them off. I hadn’t seen these etchings in years and from what I remembered I had taken them off. But on closer inspection, I realized that my father probably re-marked them, as I began to slowly erase each carefully marked line I stopped as  I caught a glimpse of something I hadn’t noticed before.

My father had meticulously written down the dates next to each line.

Back then part of my frustration included the thought that nobody in my family would understand or even care about my height or what I thought of my height.

I was wrong, my father did care. Not because he wanted me to be taller, but because to him I was growing.

After all these years, those little outburst dint seems to mean anything. I grabbed a few boxes and headed towards the door and caught myself standing a bit taller and holding my chin up.