Submitted into Contest #59 in response to: Set your story in a place with extreme weather, but don’t use any weather-related words to describe it.... view prompt

It came without warning, fierce and unforgiving.

The village was eerily quiet in the days, weeks, months, leading up to it; shadows and smoke filling the air but never quite reaching the village.

The tiny town carried on, the best that they could, living in constant fear.

Not that he was counting or anything, but William knew it had been exactly 47 days, 2 hours, and 51 minutes since the last disaster.

Each second that passed felt like a rock in his stomach, and instead of drawing comfort from the extended period of peace he was becoming increasingly uneasy.

It was coming, he knew.

Sooner or later, it always came.

He pulled his coat tighter around him, knowing full well the act was pointless, that the thin fabric offered no protection whatsoever from, well, anything. Regardless, the superficial act managed to offer some comfort. Besides, glancing through the trees, he could see that he was almost home.

Not that home offered much more protection than the flimsy coat. But his family was there, his 2 older children playing quietly upstairs so they wouldn’t wake the baby, and his wife Anna anxiously waiting, wringing her hands as she watched out the window and supper grew cold on the table.

He was hardly inside when she quickly closed the door behind him, locking it before wrapping her arms around his neck and kissing him with a familiar sense of urgency and relief.

“Hello love, I missed you too,” he murmured.

She was upset, he knew, but she kept kissing him, his tardiness already forgiven. Around here you couldn’t afford to hold a grudge for long.

They’d both learned that the hard way.

She tensed in his arms as a sudden rumbling shook the room but it was only the children pounding down the stairs.

With a playful growl, he scooped them up in both his arms, spinning around and tickling them as they squealed in protest.

Anna crossed her arms, in an effort to be stern, the faintest of smiles tugging at her lips.

“A hungry bear,” William added, licking his lips and winking at his wife. The children screamed and Anna rolled her eyes.

A soft cry was heard from upstairs, and Anna sighed.

“I’ll get him back to sleep,” William reassured her. “Girls, go help your mother set the table. I’ll be down in a minute.”

He gently opened the door, picking up the crying boy and cradling him in his arms.

“Hello little one. Did we wake you?”

He felt the fluttering of the boy’s heartbeat, struggling to keep up with his own. In no time his heartbeat slowed to normalcy and he had fallen asleep in his father’s arms. He was so tiny, so precious, their little miracle child.

William sighed, about to lay the boy back in bed when the room suddenly tilted sideways, throwing them both against the wall.

A deafening crash came from downstairs, the sound of all of their dishes shattering simultaneously. The girls were both crying, wailing, as Anna coaxed them into her arms, away from the glass, struggling to keep calm despite her own fear. William glanced down at the baby in his arms, making sure he was still asleep, before rushing downstairs, so they’d all be together.

The worst was yet to come.

It always started out innocently enough.

The initial jolt was followed by the most horrendous grinding sound.

The girls covered their ears, trying in vain to block out the sound. Anna buried her face in William’s shirt, silently weeping, holding the, now screaming, baby to her chest, in an attempt to calm him.

Then, all was still, until the music started. Masquerading as the most innocent of lullabies, you quickly learned it was only echoing the horrors of the past.

It was over quickly after that and yet, at the same time, things seemed to slow down and stretch on for an eternity.

And then, with a sickening jolt…. it all stopped.

Leaving debris flying through the air like shards of sparkling glass, covering everyone and everything outside, making it hard to breathe.

They held their breath then, waiting to see if things would settle or if it would happen again.

The little family was still for a long moment until William detached himself and walked over to the window.

Very faintly, so faintly he nearly thought he’d imagined it, a gentle rumbling sounded from the heavens.

“Tell me the story again Grandpa! About your trip across the ocean and the little village you got lost in and the pretty girl with the braids who helped you and gave you this to remember her by.”

“Oh, alright, I suppose I can tell you one more time….”

“Can I shake it one more time first?”

A laugh, so innocent. William shuddered at the sound.

“Oh, alright, I suppose you can shake it one more time.”

For as many years as it had been happening, immediately after each disaster, the bravest would peer out through the kitchen shutters, squinting through the glitter still swirling through the air, hoping to get even the briefest glance at the Omnipotent Being that treated their world so cruelly.

William, however, didn’t believe in any type of a God, much less a God that would be so unfeeling towards their village when they’d done absolutely nothing wrong.

Still, every time, he looked, just in case.

A small chubby face, missing a few of her front teeth, the pink bows in her hair not quite keeping it out of her face; it was horrifying and awe-inspiring, all at once.

Merely a child, this ‘God’ of theirs, who held their entire world in her sticky little hands.

William fell to his knees, helplessly coming to the realization that they were stuck living entirely at the mercy of  this grubby 6 year old girl. She smiled innocently and

Very well done. Enjoyed the read and loved the ending.

Congrats on the shortlist, Emma! :)

This is awesome. I love how you build up the tension and the mystery before it becomes clear towards the end what's happening. I'm slightly torn on your very last line - I think I prefer the story not specifying that it's a snowglobe and sort of leaving it as show, not tell ... but I love the formatting you used to really showcase how awful it is. Either way, great job!

Thank you so much!! ❤️ I totally agree with you. I wasn't sure whether I should include that last line or not, but in the end decided it would probably be better to keep it in, just to clarify in case anyone was still confused about what was going on.

I like the last line, w here it's just some kid messing around with the snow globe of their earth. Good job Emma! (I have a character amend Emma, by the way.)

Thank you, I'm glad you enjoyed it!! And that's so cool!! 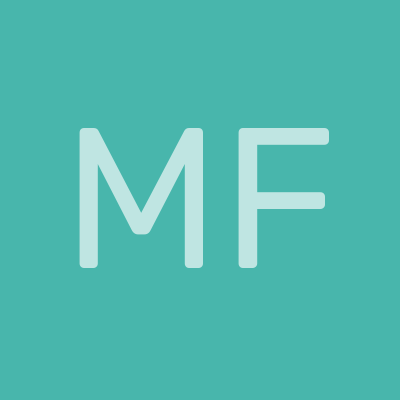 I love this story. A very creative imagining of what it would be like inside a snow globe. One of those stories that only makes proper sense when you have the final piece. Great work.