No More Hiding, No More Protection

Submitted into Contest #69 in response to: Write about someone telling their family they won’t be continuing the long-standing family business.... view prompt 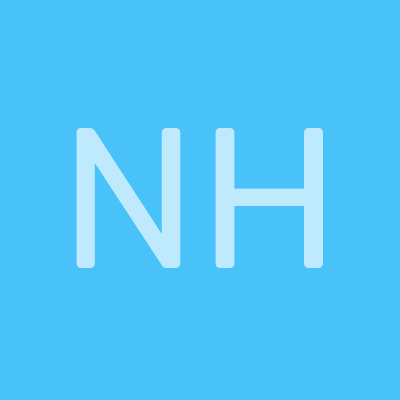 The drink always flows at our family gatherings, and today was no different. Grandpa Bob was slumped in his recliner with a bottle in his hand and his cheeks a rosy red. Dad was on the couch, trying to match his father-in-law bottle for bottle, (and failing, as per.) Cousin Mikey was sprawled out in the carpet in front of the TV and his dad, my Uncle Joe, at the other end of the couch was studying the phone in one hand while drinking from the bottle in the other.

Having finished off at least one bottle of Prosecco, the women, that’s to say Nana May, Aunt Sue, cousin Shelly, my Mom and sister Janette, were shrieking away in the kitchen. Perhaps it was more than one bottle. That left me, Rob, stuck in a kind of no-mans-land between kitchen and lounge. I leaned on the doorframe with a can of soda in my hand. No one had spoken to me since I told Grandpa that no, I didn’t get to any Knights games. Still, it gave me time to mentally rehearse what I wanted to say to them all after dinner.

The guys were watching the pre-game show. It was a ritual I struggled to understand: two former athletes in tight-fitting sports coats talking about what might happen. At least they looked smart while doing it.

In fairness, Grandpa had a clean white shirt on over the wife-beater he habitually wore around the house. You could tell this wasn’t an ordinary day. Dad was in khakis and a blue polo, things Mom had picked out, obviously. And me, I was in my new skinny jeans and black tee, though why I’d made an effort I wasn’t sure.

Spotting my lack of involvement, Nana summoned me into the kitchen.

“Bobby,” she called out, “Start putting the side dishes on the dining room table will you please love.”

Maybe she’d realized I was feeling like a leftover, a leftover what I don’t know. Anyway, I complied.

It was the usual array, a clone of last year’s Thanksgiving dinner, which had been identical to the one before that and the one before that, stretching all the way back to, well at least 15 years because I’d never done anything else on the fourth Thursday in November that I could remember. I dutifully loaded the table with our feast and then followed my next instruction, which was to summon the men and boys to the table.

Shelly and Janette joined us, and then Mom came in with a bottle of white wine which she plonked down in front of Grandpa. “Mom says to do the honors please Dad.”

Grandpa stood to pull the cork with an old-fashioned T-shaped corkscrew. He’s a big man, tall with a bald head that gleamed with just a little alcohol-induced sweat. I can see how people would find him an intimidating presence.

Gripping the bottle in his left hand, he made a show of extracting the cork in a single movement. I think he loves flexing his biceps in front of an audience. Then he walked around the table to fill the adult’s glasses, and after filling the others he came to mine. As he tipped the bottle Mom called out, “Not Bobby, he’s not of age yet!”

Grandpa paused, looked at me and grinned, and poured anyway. “I’m sure he’s had stronger stuff at college, haven’t you lad?”

I was doing a widemouth bass impression – mouth opening and closing while I tried to find some suitable words – when Mom and Sue entered, followed by Nana bearing the tray with the turkey. This was placed in front of Grandpa who had now taken his seat at the head of table.

He got to his feet again and started to carve. Each slice carefully placed on the plate before handing it around the table to the intended recipient. As he carved there was a comment for each person, crude for the men, showing consideration for the women.

“Joe, you like a bit of dark meat don’t you? Shel, tell me if that’s too much.” And then my turn, “A nice bit of breast for you eh Bobby?”

Mikey sniggered. I answered with a simple, “Yes please.” And then the eating began.

A good feast always kills conversation, and this was no exception. Knives and forks chinked, dishes were passed, and everyone ate and ate.

When we were stuffed and no one could mange another blanket-covered-pig Mom got up to gather the plates. I could feel my heart pounding in my chest. It was time. I cleared my throat. And then...

“Sit down please Judy,” Grandpa called out, “I’ve got something to say.”

I closed my mouth. What? What could he have to say

Uncle Joe took advantage of the pause while we waited for Nana. “Well this is a break from tradition.”

We all turned to face the patriarch who solemnly cleared his throat.

“Your mother and I,” he began in his deep Jersey drawl, “Well your Nana, you know who I mean, have been doing a lot of thinking about the future. We’re not getting any younger and, well the thing is, we’ve decided I’m going to retire.”

There was silence. I saw Mom, sitting across from me, exchange a glance with Dad. After a few moments Aunt Sue spoke up. “So who’s taking over the business?”

This was something I’d been wondering since my mid-teens. It didn’t seem like Sue or my Mom, his only children, would be up to the task. Joe and Dad already had their careers established when they came into the family: it didn’t seem like they were about to turn to Grandpa’s line of work. So that left me, the oldest member of the next generation.

Grandpa looked around the table. His eyes seemed to lock onto mine. Oh God, I thought, please no. I can’t do that. And then he spoke again.

“Nobody. I don’t want nobody else doing what I do. I pocked it up from my dad, and he picked it up from his, but it’s time to stop. I’ve talked to some people who’ll take over the books and then that’s it, after three generations we’ll be out of the protection racket.”

Nobody spoke. It wasn’t a secret, well not among those of us gathered around the table. We knew the money came from threats and extortion but we’d always looked it more as, well, insurance. Like Grandpa sold insurance to ensure nothing bad would happen to shopkeepers and restauranteurs.

Grandpa looked at me again. “Bobby, you looked like you were going to say something right before I made my announcement.”

Nana spoke up now. “Don’t be like that Bobby. We all love you and we want hear whatever it is you have to say.”

I took a deep breath. “Well it doesn’t seem so important now, after what Grandpa just said but, well, I’ve been wanting to tell you this for a while. You see, the thing is, since I’ve been at college I’ve realized that..”

I could hear my heartbeat in my ears and my face was burning. I took another deep breath before continuing, “That I’m gay.”

Silence. Nothing. No response.

I looked from face to face, trying to gauge each person’s reaction. The all seemed blank. Not shocked or offended as I’d imagined, just blank. And then Nana laughed.

Shaking her head, she said, “Bobby, we know.”

Now it was Aunt Sue’s turn to speak. “Yes Bobby, it’s been clear a couple of years now. We just didn’t know if you knew.”

I looked down at the plate in front of me, trying to gather my thoughts. Then it started to make sense. I looked up at Grandpa.

“So is this why you don’t want me taking over the business?”

Grandpa raised his eyebrows and thought for a moment.

“Because you’re a fa… gay? No Bobby. Some of the hardest men I’ve ever worked with or for or come up against have been … gay. But you’re not like that. You’re not cut out for the kind of work I do. Bobby, I love you, and it’s because I love you that I don’t want you coming to work with me. I want you to find and do whatever it is that’s right for you.”

I wasn’t sure what to say to that. There was nothing to say, so instead I got up from my chair and walked around to where Grandpa sat at the head of the table. I bent over to him, wrapped my arms around his big frame, put my head against his and hugged him as tight as I could.

This story is awesome! Great job!