Spending the last three weeks recovering her strength and becoming acquainted with her new arm, Ivy was looking forward to the escape of the infirmary for more than just her daily visits to the forest greenhouse. At first the nuns let her recover in the forest, but when a bronto got a little too close to her hammock, the nuns insisted she continue her stay in the infirmary. Ivy did not argue, one sneeze from the bronto and she would have flown from the safety of the hammock. She took daily trips to the forest greenhouse to learn how to use her new arm within the safety of the trees.

Pacing back and forth awaiting the nuns' arrival, Ivy admired the new left arm the forest had gifted her. The bark was rich, cocoa color with streaks of gold and green flowing through it like running watercolors. The arm itself was constructed out of one tree limb which twisted and turned to make the joints. Ivy was astonished that she had full range of motion. More interesting to her was how the branch rooted into her own body, attaching itself to her nervous system. Her left shoulder and chest was a colorful, multi-textural marriage of bark and skin. The connection made the branch feel like her own arm.

The new arm felt very much like her own. During her recovery, the nuns, with Tack’s help,  taught her how to use it. She caught on much quicker than they expected. The forest kept thanking her for the sacrifice she made, but she felt like she got a far better deal out of losing her arm than she could have hoped for.

Lost in thought as she meandered the halls from the forest greenhouse room to the Lead Nun’s office, Ivy barely noticed she was at the door. As she knocked the door opened slightly and she headed into the richly wooded and decorated room of the nun. It looked more like a library than an office. In the far left nook stood a solid and grand desk, hanging ferns were in each of the windows, and above each bookshelf there were small windows and draping pathos plants upon each shelf. Behind the desk stood a large corner bookshelf with a locked glass front. Ivy started walking over to this book shelf, there were some strange looking colors coming from the shelves.

“Oh, Ivy, there you are” said a nun behind her.

Ivy spun around, in her fright some of the vines grew from her arm alarm. Ivy nodded a hello but her vocal cords were still a little tired from disuse. The nun walked past her towards the desk and motioned for Ivy to sit. Walking over to the plush, velvet couch across from the desk, Ivy noted a slightly covered picture with a familiar face on it. She slid the photo out with her right hand and picked it up. Without much thought she flipped over the back to see written in beautiful cursive “Leia and Reggie”.

The world stopped at this moment. That was her mother, Leia. Reggie was her sister, the one the family spoke about is whispers and hushed tones. The last time Ivy had seen her was when she was 4 and in the barn at her parents house. She had been playing in the top of the bar when out the upper door she watched her Grampa pointing a gun at Reggie. To this day, she still has no further understanding about what occurred that day. The wind had carried the voices of the screaming faces away from the barn. Mother never spoke about it, Reggie’s photos all disappeared, Gran cried random days of the year, and her name was never mentioned by Grampa again.

“Oh, that photo must have been accidentally left in here by the Master”, the nun said unphased that Ivy had found the photo. “The young lady on the right came to us starving and close to death. She wouldn’t speak of where she came from, but that did not matter to us because she was a kind and dear person. I believe she said that is her sister on the left there. Her coming here feels like many lifetimes ago”.

“She is my aunt”, Ivy said plainly.

The nun stared at her, mouth slightly opened, lips moving but no sounds came forth. She promptly pursed her lips, stood up straight, and quickly stepped out of the room past Ivy.

“Stay here”, was all she said before leaving Ivy alone in the room.

Her departure felt like a whirling temptress upon the open plains. Ivy could not read her eyes to even know an inkling of what she was thinking.

“That went well”, a voice spoke from within the leaves on her arm. Slowly glancing towards her left shoulder she saw Tack hiding within some of the leaves. Tack stands about six inches tall, main body is poison green, has tufts of feathers that can change color along its spine and head. This small, lightweight creature was a mixture of a bird of paradise and praying mantis, with the brain of a dolphin.

“Mhmm,, I guess we will stay”, she replied in a whispery, crackling voice.

She started to look through the books on the table where she found the photo. Picking one up on the different types of trees growing in the greenhouse, she plunked down on the fluffy velvet covered couch, cracked open the book, and started to peruse the types of trees.

“You don’t need that book you know”, Tack replied knowingly, “I picked the limb out myself from my best friend of a tree. She was very kind and had a branch that looked perfect for an arm.”

Waiting for her to reply, he sat on her shoulder peering at her cheek with his night sky eyes, hoping for her to remark, to beg him for the answer. She stayed silent, flipping the pages of the book. Impatiently, he took a few steps back and forth on her shoulders, going from left to right, back to left again. Getting more annoyed with her silence, he flitted over to the top of the book as a parakeet would and stopped her from turning another page.

“ I said”, he started again giving her a slight head tilt and big pouty eyes, “I could tell you what type of tree you are now made of.”

She pulled a page out delicately from underneath the tips of his toes and flipped it. To not ruin the pages he lifted up the other foot and accepted the pages underneath. Her breathing quickened, she started tapping her right index finger on the corner of the book, looking up at the rather inquisitive creature, she gave a small half smile and then she screamed.

Surprised, Tack jumped up and flew backwards away from Ivy’s person. Ivy placed the book in her lap, pages up and open, and held her face in her hands. From her imminated a guttural, heart-wrenching scream; not one of those girly, shrilling screams. The sound of this scream would shatter the resolve of any person within hearing distance. And in fact, the forest heard and the forest rattled in the greenhouse.

After the initial fright, Tack quickly fluttered to her, hovering in front of her face, “Ivy, hey, Ivy, calm down… please”. He looked towards the door and felt the rumblings from the greenhouse.

He hovered in flight by her fingertips at the top of her forehead. He gently held on to them with his front legs/arms. The gentle air movement of his wings moved the loose hairs from her bun into a dancing motion. Slowly removing the fingers from the front of her eyes, she peered over her fingers tips to make eye contact with Tack. Liquid poured out from the bottoms of her eyes as she quieted into a cry. Tack crawled up into the small space she allowed in her hands, he gently touched her fingers with his legs and rested there. She lowered her cupped hands into her lap, on top of the book. Tack looked up at her as the tears continued to drip on him like the dew in the mornings off of the leaves in the forest. He didn’t complain. He nuzzled into her hand.

A murder of nuns came rushing in. Panic blaring from their eyes, weapons drawn, in a formation which would suggest they were scanning the room for intruders.

“That was me”, Ivy stated as she moved to place Tack on her left shoulder and then the book onto the table, “I apologize if it caused anyone or anything to be upset”.

“You have endured a lot these last several weeks. We have been concerned you may not be human with how well composed you have been. I suppose this outburst will have to give us comfort”, said the Lead Nun.

“The girl needs nourishment”, one of the other nuns stated.

The other nuns eyed Ivy warily, the Lead Nun dismissed them with a nod of her head. They all left, but one nun who spoke did come back with a tray of tea and cakes. She served the tea and cakes onto a plate, handed it to Ivy, and then left the room. The Lead Nun stood at her desk, back to Ivy..

“Ivy, drink and eat. Have more if you want. Once you are ready, we have something to discuss it seems”, the Lead Nun said.

After close to 20 minutes of neither person talking, Ivy finally placed her tea cup down, and returned her small plate to the tray in the middle smaller table between the desk and couches.

“Thank you, that tea made me feel much better already”, Ivy said honestly, she sometimes said this with dishonesty so it made her happy she could honestly say she enjoyed something.

“Ivy,” the Lead Nun spoke looking towards the other nun, “I would like to discuss -”

The door swung open with a thud and a man walked into the office, “Mistress Mildred, we need to talk …” he said to her without looking into the room first. His eyes landed on Ivy and he continued with, “Oh dear, where are my manners”.

Straightening his posture from the rushed, animal-like entrance, he smoothed the invisible wrinkles out of his blue jacket and gave a slight bow, “Please accept my apologies for interrupting ladies. That was unacceptable”.

Looking towards the Lead Nun, he again called her “Mistress Mildred”. Ivy furrowed her brows and turned her head slightly. She had not heard this name used for her before.

“Ria came back again”, he said to her with a reserved hint of emotion.

The nun spun around towards him, making light steps to stand directly in front of him. She grasped his hands, looked over at me with her eyes wide, full of questions.

“This is no happenstance”, she remarked. 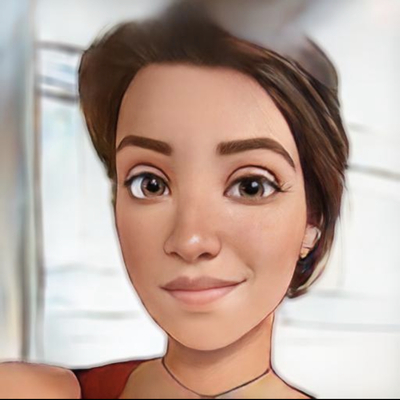