Submitted into Contest #90 in response to: Start your story with someone sitting on a crowded train and end it with them looking out over beautiful natural scenery.... view prompt

Nine-year-old Karen was an only child. She always felt lonely so when the opportunity came for a field trip with her friends, she signed up immediately. At the start of the journey, their class teacher told them they were taking the train to paradise.

“Forget all the fumes, the smog, the heat and everything else technology promised. Leave those behind. We are going back to nature where everything is fresh, green and cool,” their teacher, Mr Kong said.

Everyone settled down as the familiar electric whine of magnets started. The train elevated and, after a brief countdown, shot forward. The passengers were temporarily immobilised by the sudden force as the train accelerated to its maximum speed of five hundred kilometres an hour. Nearby objects rushed by unseen while distant rusting industrial buildings and factories hardly moved.

How long will it take for these human creations to disappear? Karen wondered.

Although the train was packed, she was pleased to at least be inside an air-conditioned environment compared to the scorching heat trapped by greenhouse gases outside. The blue sky she watched in movies and television series made a century ago was long replaced by grey smog. On rare days like today where the sun managed to penetrate through the thick haze, the world was filled with an orange tint. Otherwise, it was just shades of grey.

“Karen, let’s go save the world from the beasts!” her best friend Douglas tapped her on the shoulder.

She put on a pair of VR glasses from the top compartment. The device identified her immediately and restored her settings. In the virtual world, her avatar was a short, chubby girl with ponytails, a stark contrast to her tall and curvy figure. She was fed up with the attention the boys had been giving her, even in the fake, computer-generated world. Karen, Douglas and friends embarked on a role-playing medieval adventure to save a kidnapped princess from the evil clutches of a sorcerer and his dragons.

They were oblivious to the announcement, “This is a direct train to-“ static interrupted the transmission. “Three hours and fifteen minutes to destination. We hope you enjoy the trip.”

One hour into the game, a message appeared right before them. It was time to stand up and stretch. All games had built-in intervals. It was a compulsory feature enforced by the world government to make sure children had their breaks.

“Hey guys, I’m going to take a nap. You all go ahead,” Karen said. “Was too excited to sleep last night.”

With her headset still on, Karen’s thoughts went to some serene, sleep-inducing music. The system recognised her signals but the music only started after three commercials were played. Artificial intelligence came a long way. With direct access to the brain and locations, advertisements were tailored to the individual. It was fortunate for Karen that she had used up all her allowance, and unfortunate for the advertiser because she had no credits to buy the latest hair clips.

The music played briefly before it was interrupted by an emergency message, “There was a major explosion in one of the biggest medical research facilities-“

Karen was too tired to listen to the entire message. She dozed off. When she stirred, the room was silent. It was illuminated by red emergency lights. She stood and looked around. Her friends were gone. She was alone. A chill crept up her spine. She moved to the front of the carriage. The next carriage was deserted just like hers. She kept moving until she heard a growl coming from behind her.

She turned and saw Douglas walking towards her. There was something wrong but it took her a while to figure it out. His eyes were glazed. He was staring into nothingness. His gait was off, like the walk of a mindless zombie.

There was no response. Then, the door behind Doug slid open. More people staggered in. All as expressionless as her best friend. Among them were another friend and Mr Kong.

Run! Karen’s brain shouted but her legs were rooted to the floor. Doug and the others were closing in. Adrenaline kicked in and rushed through her system. With a mind of its own, her body turned and she ran. She jumped from one carriage after another. Some lingering mindless passengers tried to block her way. She managed to dodge two of them. Her body, running on autopilot, punched a third in the face.

She reached the locomotive part of the train. The driver was banging his head on the glass. The smell of a fresh person distracted him. He turned, revealing his bloodied face. Part of his forehead was shattered. He moved towards Karen. The good thing was these creatures moved very slowly so Karen managed to sidestep him and kicked him out of the rear door. She kicked the button and the door closed, just in time before Douglas reached it. Douglas and the others we banging their heads and clawing their hands on the door. The glass began to shatter.

The train just rushed by the last station but it did not slow down. Ahead was a bridge that connected two mountains over a river below. Karen had no choice but to climb up to the top of the train. She looked one last time at Douglas, Mr Kong and the other strangers clawing from behind the door.

She opened the side door and climbed up the train. She held on to the railings as tight as she could, fighting against the wind that was hitting her at several hundred kilometres an hour. At the top, Karen braced herself and waited for the right moment. When the train reached the middle of the bridge, she jumped.

Her past flashed before her in blinding speed while the present rush to the river below happened in slow motion. The last thing Karen remembered was she splashed into the river and hit her head on something. There was a sharp pain and then, nothing.

When she opened her eyes again, bright light streamed through her eyes and hurt her brains. Her head was bandaged and her clothes changed. She was in a room with an open window. It was unlike anywhere she had been. The walls were made of logs and the roof of dried leaves. She leaned on the window ledge and gazed at the scene before her - horses and cows feeding on the grassland, flowers blossoming, birds chirping, and, in the distance, tall pine trees fronting snow-topped mountains.

There was a knock and a door creaked open. A woman draped in leather clothes peered in.

“You’ve been out for two days,” she stepped into the room. “One of our patrols found you floating downstream.”

Karen was silent, still trying to gather her thoughts.

“The government’s been experimenting on a serum for years. They had been trying to develop super-soldiers. Their excuse was to be prepared for attacks by extraterrestrials. They came to our village to recruit soldiers but had secretly been dosing them with some kind of gas. We were the lucky ones that got away.”

Karen was speechless, confused by the events in the past two days and the peaceful scene framed by the window before her.

“What’s your story?” the woman asked. 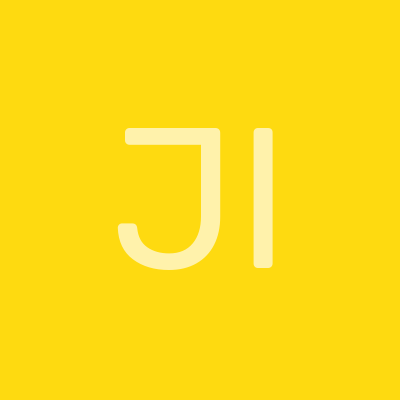 Wow, I want more! This story had me on the edge of seat, especially when she jumped. It almost reminds me of maze runner in a way. Great story!