What kind of editing do you need?

Sensitivity Readers: Who Are They and Should Authors Use Them?

While these readers are not new to the publishing landscape, they have recently risen to prominence. Thanks to encouragement from organizations like We Need Diverse Books, there has been an earnest push to include more diverse characters in published literature, though some of these good-faith efforts have met with a mixed reception.

For an author, the argument over the correct use of sensitivity readers might be smothering what they actually do. This post will clear the fog and uncover exactly what this kind of reader is — and what you can expect when you work with one. Hopefully, by the end, you’ll have a better idea of whether you need one. 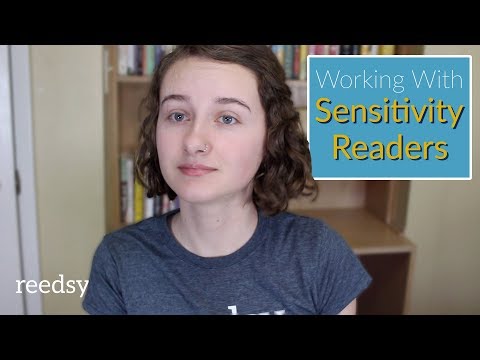 What's the fuss about sensitivity readers

Such readers particularly became a hot topic in 2016, when the pre-release of the young adult novel The Continent was quickly met with online reviews pointing out problematic portrayals of people of color. The book’s release date was pushed back, and galley copies were sent off to sensitivity readers, which resulted in numerous changes. This brings us to both the case for them — and against them.

Asked and answered: What are sensitivity readers? Discover more inside this post #amwriting

The case against sensitivity readers

Censorship is generally at the heart of every argument against these readers. Their detractors are concerned that these readers police expression of thought, resulting in homogenous stories that are afraid to touch complex topics — and a sterilized world of books in which controversial language can’t be used.

Though one of the most common pieces of advice you’ll hear for an author is to “write what you know,” some also argue that the increasingly looming need for such readers discourages authors from experimenting and writing outside of their own perspectives. As Francine Prose wrote in an article for the NY Books: “Should we dismiss Madame Bovary because Flaubert lacked “lived experience” of what it meant to be a restless provincial housewife? Can we no longer read Othello because Shakespeare wasn’t black?”

If you were to take this point of view, you might argue that sensitivity readers monitor freedom of thought which, naturally, would be antithetical to the spirit of creative writing.

The case for sensitivity readers

It's hardly controversial to say that publishing has a diversity problem: not only is the industry predominantly white and middle-class, but the stories overwhelmingly feature white characters. In recent years, the tide has shown signs of turning as inclusion and equity have become increasingly sought-after to represent the variety of cultures and diverse backgrounds that make up the world.

However, the reality is that while more diverse books are being published now, many of them are written by white authors. Like all human beings, writers are the products of their upbringing and often have little real-world context for writing about a culture outside their own — hence where the skills of such specialized readers come into play. Feedback from such readers can:

Moreover, in today’s real-time and divisive online environment — spurred on by such sites as Twitter — this kind of reader helps prevent the worst-case scenario: backlash, resulting in a book being withdrawn from publication. For publishers, these readers can avert the embarrassing predicament of canceling a book launch on the back of a public apology. The Continent was far from the only book that sunk because of a turbulent online reaction to its representation of diversity: Amélie Wen Zhao initially called off the summer 2019 publication of Blood Heir due to criticism of the way that her novel dealt with indentured labor and slavery.

Zhao only recently announced that Blood Heir is back on schedule for publication — after editing the novel and “taking the time to make sure the hallmarks of human trafficking were being incisively drawn.”

What can you expect from a sensitivity reader? 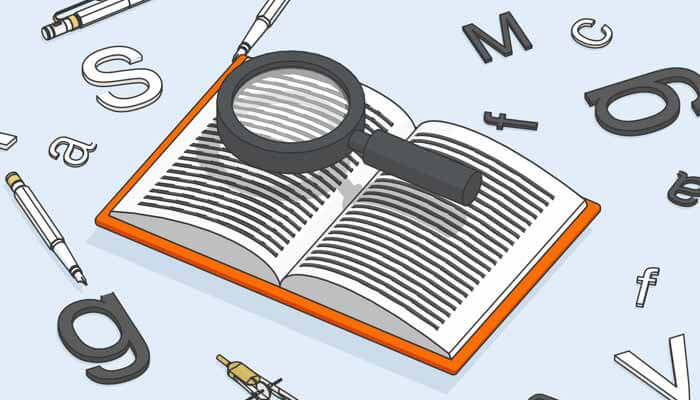 With all of the debate around the topic, what actually goes into a reader’s work can easily get overlooked. So what exactly does it entail? Well, the entire process depends on the individual — but generally, the collaboration between reader and author plays out in four stages.

1. Finding the right reader for the book

To add value to a text, the reader must match the needs of the book. For instance, if you’re a white author writing a book with a black protagonist, your reader would ideally come from such a background and understand the nuances of 1. writing from such a perspective, and 2. depicting the culture. Likewise, make sure that the reader is experienced in the genre. A reader specializing in reading children’s books wouldn’t be a good fit for an adult genre novel and vice versa.

Here are some more best practices to keep in mind for the search:

As for where you can find these readers in the first place, the Writing in the Margins database is a good place to start. Ask around on Twitter and various writing communities — fellow writers will be happy to offer recommendations or share insight from past collaborations with sensitivity readers.

2. Allow time for the reader to, well, read

Once the contract is ironed out and all of the details of the collaboration are fixed, the author will give the reader the entire manuscript to read. As we mentioned earlier, this stage usually takes between 2 to 5 weeks, depending on the length of the manuscript — the reader won’t be speedreading but carefully evaluating characterizations, noting down sentences that are off, and appraising the tone of the book.

3. Listen to the feedback

When the reader is done with the manuscript, it’s time for the reaction. It depends on the reader, but feedback is often shared in the manuscript's margins and in a detailed letter. Usually, a follow-up consultation, such as a phone call, can be taken up to resolve any lingering questions.

Much of the time, the feedback will pinpoint things that an author might not have ever considered. As sensitivity reader Dhonielle Clayton revealed in an interview with Vulture: “I read a middle-grade book about a little black girl who loves to go to national parks, and I told the author that the first thing she needed to reconcile was, how did this black girl get into national parks? Historically, black people weren’t allowed to visit national parks, so going to national parks is not a thing we do, as a group. I wrote to her that if this little girl loves to camp, you need to figure out how that happened, how that passion was stoked, how her parents and grandparents felt about it. Or you have to make her white. Because otherwise it’s a paint by numbers diversity piece and it rings false.”

Keep an open mind when you receive the feedback. The reader will point out blind spots — things that wouldn’t have occurred to an author who is writing about a different culture — and may raise delicate tonal questions. Like a developmental editor does for a manuscript, the criticism is ultimately meant to raise the book's quality.

When the dust settles and all is said and done, it’s up to the author to make the final decision on whether or not to make the reader’s suggested edits. Nobody is stopping you from doing anything — on the contrary, a sensitivity read simply provides you with choices and information.

A sensitivity read offers advice: it’s not compulsory to change the story according to their counsel, though it’s certainly recommended once you’ve reached this stage.

Do you need a sensitivity reader?

So do you, as an author, need a sensitivity reader? It depends on several variables: the subject on which you’re writing, your characters, and where you fall in censorship debate.

If you're working with an experienced editor — either on a freelance basis or through a publisher — you'll find that most of them can confidently identify where a manuscript might be problematic. Literary editors tend to be at the forefront of the discussion around inclusive writing. In most cases, they'll either make suggestions to fix your manuscript's issue, or if it's outside their area of expertise, they may suggest hiring a suitable sensitivity reader.

Ultimately, no one should really tell you what you should or shouldn't do when it comes to working with a sensitive reader. Some writers believe that such readers are completely unnecessary —  however, every writer should aim to be well-informed and understand what they might get out of working with them.

As a final thought, you may find it helpful to hear from authors who have previously worked with such readers. So here are a few personal accounts.

This really interested me because I've just published a novel with both Maori and Chinese characters, and I'm neither. I think it's good to be warned, but surely this should come up automatically in general research for your book? Ask some questions of people of other races, beliefs, whatever. And in my view, if you don't have friends or acquaintances you can ask, why are you including them in your book without doing proper research?

This article is extremely inaccurate. First of all, sensitivity readers do absolutely nothing to prevent the hair on fire hysterics rained down upon authors for perceived wrongthink. We have seen multiple examples of sensitivity reader sanitized books attracting social justice mobs screaming for the authors head. More importantly, the biggest criticism of sensitivity readers is that the concept is inherently racist. Comparing a sensitivity reader to an editor is absurd, one is a person with a strong knowledge of the English language and an understanding of literature, the second is a random person from a member of some group who is supposed to be able to universalize their personal experiences to every member of their group. The entire basis of a sensitivity reader is literally claiming all Gay, African American, Jewish or Transgender must think alike. Ironically, a view that people who support sensitivity readers would be aghast to hear spoken aloud.

What kind of editing do you need?