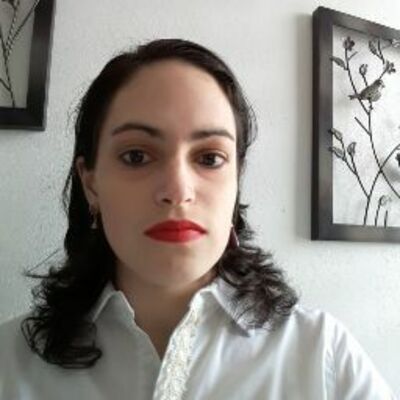 Author on Reedsy Prompts since Aug, 2019

“Witches in the Crossroads” by P. J. Quirindongo

Salem, Massachusetts. The shopkeeper's bell rang and announced to Brigitte that she had another customer. She had been staring through a small, dusty window in the back of the apothecary and had accidentally ground a pinch of belladonna into a powder too fine to be of use. She went behind the cash register, wiped her hands on her apron and put on her face shield. A black-haired woman dressed in a velvety...

“A Vampire, a Graveyard, and a Witch” by P. J. Quirindongo

Williamsburg, VirginiaRed and orange leafed trees welcomed Vlad and his two guards as they drove down the main road to his new home. He scoffed at the absurdity of the situation. The driver, who wore a face shield, glanced at him through the rearview mirror before he looked away. Vlad tightened his jaw and glanced at the trees. The sunset hurt his eyes despite his sunglasses, and his skin tingled underneath his thick black leather jacket. The sun smacked him in his face, and he hissed bef...

“Of Lavender and Pine Needle” by P. J. Quirindongo

Barcelona, October 2017 Life sucked, period. Ian tapped his fingers on the table, his breakfast untouched and cold, while he gazed at the crowded streets from the window of the hotel that he’d been staying at for the last two days after his husband died two nights ago. All memory of Carlos, his handsome and goofy husband with a smile etched on his lips, began fading away with each passing minute....

November 2073 Michael followed his father, Raphael; their guns were ready for fire, their muscles tense, and their eyes wary of their surroundings. The young man listened for any sudden noises as they crossed through the broken-down buildings and windowless skyscrapers, which were swallowed by tall trees and thick vegetation. His eyes lingered on a building that once used to be a cinema and t...

January 1, 2020. I grumbled as I glanced at the calendar that hung on the wall next to my shiny desktop. I snorted and headed toward my small kitchen and fetched myself a hot, steaming cup of coffee. I have always hated this time of year, for it means that my family expects me at their house for their annual activity: New Year’s resolutions. I headed back to my desk and sat. As I turned on my desktop PC, I glanced one more time at the calendar and at the date. A thought came into my gray matter. Perhaps I could continue w...

She's an aspiring writer from Puerto Rico. Have worked in the Rosario Ferré Library and the Historical Luis A. Ferré Archive in the Museum of Art of Ponce in Puerto Rico. In February 2015, published her first micro-fiction, "The Rebirth of Richard Adams". Around March 2017, she published, Short Stories: Don't Underestimate Your Writing on NaNoWriMo's website on Tumblr. Then in March 2018, published her first book, "Rosario Ferré", about Puerto Rico’s famous writer and poet. In August of 2019, she published her second short story, "The Coming of the End Times". Then in November 2019, published her first short story, "Chronicles of a Hurricane-Apocalypse", based on her experience during the events of Hurricane Maria. Currently, she is working on her first Sci-Fi novel, but more on that later. She is also working on the sequel of the Iyahtal series, "The Iyahtals: Secrets Within", and another, "Hidden World of the Yunque" and its sequel, "Aftermath in the Yunque", both focused on the Taino Mythology and Hurricane Maria. She's a member of Mi Libro Hispano FILPRI from the Hispanic Heritage Literature Organization. In August 2020, presented her book, Rosario Ferré, in the virtual 1st Summer Book Fair MiLibroHispano 2020. Her favorite holiday is Halloween.