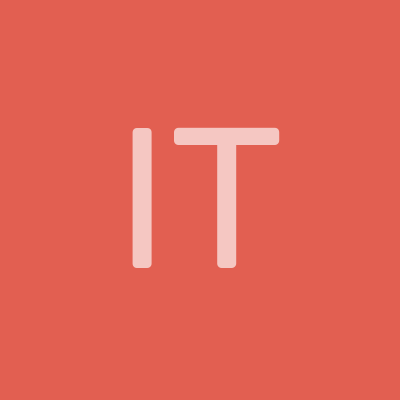 The cold and I are not best friends. Nor are we enemies. We are friends that catch up once every year but have no need or want to be in constant contact. When they arrive, I embrace them with open arms, looking forward to our much needed reacquaintance but when it is time for them to leave, we part happily and readily. We are currently towards the end our of encounter which is why I was rather begrudgingly putting on my shoes to go outside. Everything was crisp; the light, the snow, the air and sun. A white glow emanated from every angle of any object concealed by what had fallen over the last few days.

Out of the window, I could make out my destination, the oddly stocked but surprisingly useful hardware shop. Since Mabel and Joel had decided to part ways for the 5th time (and she adamantly but naively swore last), she had refused to enter any part of the town he might be in. Her theory was that it was seeing him that first time after a break-up that drew her in. If she could wait until she had built up an immunity, the process of which was still undetermined, then the separation would remain permanent. It wouldn’t but I was being dutiful in my adherence to the friendship laws of store owning exes. When the first step of her back porch finally gave way and the shelf that had always hung quite precariously over her bed gave out under the weight of her collectable ash trays, a visit to the otherwise averted hardware shop was called into order. After working herself into a state the last three days this week when she promised herself she would go, I quietly offered to go instead. At first, she pretended to be reluctant telling me, telling herself, she was perfectly capable of going to a shop. Then she realised that she owed it to herself to really commit to the break up. After she thanked me and promised me a gin and tonic upon my delivery of the DIY items.

I checked my watch. Even with the added time of manoeuvring across the roads of untouched snow and deceptive ice, I wouldn’t be late. Padded up in every way possible I tentatively pulled open the front door to the empty canvas outside. The parts of my body unable to be covered instantly pricked up and the cold that had looked so crisp was actually cutting. My cheeks stung as the covered top of my head already began to sweat after the first few steps outside. Under foot my boots dipped into soft snow only to meet impenetrable ice underneath adding a crunch every time they did. It did not look like anyone had been down the street yet, although there were a couple of faded footprints coming from the Tikhman’s house further down the street. Past the residential rows on streets leading to the main street, I could hear some cars moving along at a glacial pace. There were few sightings of wildlife with only an occasionally tweet in the distance. It made the white plains feel even quieter. Except the rhythmic crunch of my footsteps and rough exhale of condensation there was no one stirring yet or those that were made the sensible decision of staying inside.

It was why it was noticeable that as I prepared to turn down the long road to the shop, the crunching appeared to have stopped. I had noticed it getting quieter during my so far ten-minute walk, that was already starting to numb every part of me. Assuming it was due to the density of snow, I had paid in no thought but now I looked down. My feet were full submerged. Someone walking by would not be able to tell if I had clown shoes on or was getting ready to ice skate. I lifted up a heavy booted foot and pushed it back into the snow, though it went through no sound followed. Turning I looked behind me onto the path I had just taken.

My house was still in sight, I had turned left up my street walking opposite the frozen lake and low shrubbery that was picturesquely outside of my front door. After a few minutes along there, I had crossed the road walking directly alongside the fence of the park until reaching its end and turning left again preparing to get onto the main road. A couple of driveways had been shovelled earlier in the morning but I had not seen a single a person or any fresh footprints. As I looked behind in the snow I had just stepped on, the knowing panic already setting in, I was greeted with undisturbed, brightly white snow. There were no footprints. Not just from anyone else but from me.

Knives dragged across my lungs as I began to pace it back the way I had come. The crunching was all gone and my laboured breathing was providing the only soundtrack to my horror.

Not now. It was too soon. I needed time to say goodbye.

When I made my first turning back along the park, my earlier footprints appeared at the other end of the street but had faded out by the time I was mid-way down. Everything past them lay undisturbed, still a canvas waiting to be utilised.

Please, don’t do this to me now. I’m not ready. Just give me a day. Not even that, just a few more hours. A chance to leave it tidier, a chance to do a last bit of good. That’s all I want.

I wasn’t sure if I was speaking out loud and even if I was if anyone would hear me, but I heaved myself as fast as I could down the roads saying possibly not so silent prayers. My house was only a hundred metres away now. My whole body on fire, sweating, shaking. Yet as I looked down and back, the snow in wake lay under disturbed. Leaves attached to bushes didn’t so much as whisper as I brushed passed them. Was it possible that even in the cloudless, morning sky the sun was beginning to dim already?

I was nearly there, pushing myself across my front garden and up the steps to my front door. I reached for the door knob, but I was too late. My outstretched fingers went right through the metal. Although clasped in tension, they exerted no force.

It was time to move onto the next one. It wasn’t my choice, but I didn’t operate on my time, I operated on theirs.

I looked down at the shoe indent my boots had produced when I originally left the house and thought about how nice it is to be someone and be seen. To leave a mark. It is our purpose, it is why we get moved from place to place. To leave fated and purposeful marks. Yet, every time it comes to an end and we begin to fade, it is hard to tell how long our mark will remain and how much we’ve really been seen.