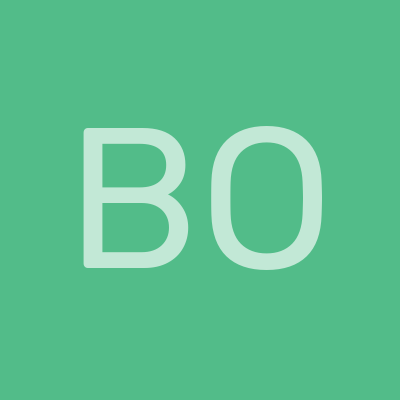 “Which one, May’s organic Himalayan salt or the salt that actually tastes like salt?” Eric laughs, holding up both salt shakers.

Maybelle elbows him jokingly. “You know that everyone here likes my Himalayan salt, and you are the only one who has a problem with it, Eric.”

“Wow, I see how it is!” Maybelle exclaims. “You know what? My Himalayan salt and I are perfectly happy without you guys!” She adds, before bursting into giggles.

The rest of the table joins in, all six of them. They all met in high school, freshman year. They are all 22 now. There’s Eric Urtz, who was the tech whiz of high school, and still is. Maybelle Ingram, the ”princess” of the group, who could get any high school boy to do anything for her, and she probably still can get any man. Giovanni Xang, the high school star-athlete. Ariana Vega, the fashionista of the whole high school. Finn Wilde, the lover boy who went from one relationship to the next in a matter of days. And Valentina Marsh, the animal expert and aspiring veterinarian.

After they all stop with their giggling, Maybelle changes the conversation to be more serious than it had previously been, not that the last conversation was all that serious.

“So, Finn, how are you holding up? I know things have been tough since your breakup with Emily...” She asks softly, resting her hand on Finn’s.

“Much better. We’ve decided that we’ll just be better off as friends for now.” Finn explains, seeming very confident in his decision.

The group takes a collective sigh. Every relationship always goes the same way with Finn. First, they are lovers. Next, they breakup. Then, they decide to just be friends. After that, they decide to be lovers, again. Then, another ”heart-wrenching” breakup for Finn.

“I know how it always ends up,” Finn says, as if reading everyone’s mind. “But this one of different. We really will just stay good friends.”

“I would, but I’m too busy at school. College is a full-time job. And once I graduate this year, I still have four more years to go until I can work as a skilled psychiatrist. And Vinny, my boyfriend, can’t watch over him because he already has his dog and he’s still in college. Buddy has Vinny’s dog, anyways.” Maybelle explains.

“Well, that’s alright. What about you guys?” Valentina asks.

“My apartment barely has enough room for Biscuit to run around in, forget a puppy.” Giovanni says.

“Me too.” Ariana smiles.

Maybelle slices off a slice of ham. She douses it in maple syrup, organic of course. She can be a bit of a health freak sometimes, and her friends know that fact very well.

“Career-wise, where is everyone headed?” Ariana inquires.

“Well, I’m headed straight into a lifelong career as a psychiatrist, which is not a bad job at all. Here, in San Francisco, the annual salary of a psychiatrist is $253,402 to $316,334. And all I have to do is listen to people’s problems all day and prescribe some medications. The only downside is that I’m going to have to stay in college until I’m 26.” Maybelle explains.

”I’m working towards being an animator. When I graduate college this year, I should be able to get a job at any animating studio of my choice. Then, I’ll be able to worry about my love life and other stuff.“ Eric says.

“I‘ve got a long time left in college, like May. I have to stay in college until in 27. Once I get out, I’ll be able to get a job at a good veterinary clinic or emergency pet hospital and I’ll be able to pursue my dream career.” Valentina says with a smile.

“I’m already an assistant P.E. coach at a high school, as you guys know. I’m hoping to get promoted to the head coach soon, or at least a co-head coach.” Giovanni responds with a chuckle.

“Well, I’m aiming for a five-star Uber driver at the mone that, until I can secure a stable career that I can support a family with.” Finn says.

“I hope to have a career in modeling. I’m so excited. I’ve been practicing my runway model strut.“ Ariana says, answering her own question.

“Do you remember when we first met?“ Maybelle asks, getting a nod from everyone. “We were all left out, so the six of us just sat at the only empty table, the one...”

“In the farthest right corner of the lunchroom.” Everyone finishes the sentence in sync.

“Yes, and we all just started talking and named our friendship group the ‘Lucky Charms’, after all of our favorite cereal.” Maybelle continues, tearing up.

Finn puts his arm around her. “Yes, those were the golden days.”

“And then there was that one time that you wrote my entire essay for me because I lacked any creative ability, May.” Finn smiles, his eyes watering.

“Yes, and the time that you played matchmaker with Gio and Eric and hooked me up with that boy, Landon.” May laughs.

“Well, you totally had a crush on him.” Eric jumps in.

“Did not!” Maybelle defends herself.