Submitted into Contest #82 in response to: Your character has just realized the app they’ve been developing has become self-aware. How do they react?... view prompt

Most of the time, people keep their AI BFFs top secret, covering themselves with fuzzy blankets as a robot spits out information its user wants to hear. It’s kept as such a deep secret because those people don’t realize that big companies are preying on their loneliness and lack of social connections. Because, really, humans are easy to please, which makes them good business. All they need are friends and society to keep them running, even the most antisocial of them.

That’s where I come in, Jaime Ford, founder of Coral INC and lead creator of the app Chatterbox. Our goal is to create the most perfect friend. Caring, appealing, charismatic...basically what everyone wants out of people without dealing with the flaws and baggage dragging behind. At some point, we hope to branch the AI technology into a physical robot. The app is more a testing ground to work out the kinks of it’s developmental processing. In other words, the code to its personality and responses. At the moment, the application is in its alpha phase, with about twenty people testing its responses, learning capabilities, and the basic editing of its appearance. Thus far, I haven’t heard any bad news - though we’ve had it in this testing phase only for the past day. The appearance modifications work well, however we’ve gotten complaints on the limitations of it. It’s something we’ll work out before releasing it into the beta phase.

I haven’t a doubt in my mind that the app would face minimal glitches, considering I oversaw the coding myself. Even if I was prepared for a mistake to happen, I honestly really did not want any of them to happen. There were so many things that could go wrong, even if they would not. Maybe the application would freeze up, or the AI would glitch and stop processing information and developing its personality to match the user….or simply the app would close and we’d have to start over. I really hope it isn’t the latter.

The phone at my desk is going off, just the default ringtone I had never bothered to change. It sounds like an alarm clock, loud and irritating. A headache was developing the forefront of my brain. Grabbing my phone and answering it, I put it up to my ear, not really bothering to look at the caller ID. I already know who would call my personal phone.

“Bro! You would not believe what Allison just reported!” Malachi Ford, my co-founder and co-creator...and also my annoying brother who is shouting into the phone.

“What does she have to report?” I ask.

“Just come in here and read it yourself.” Malachi replies, and I hear the beep of the call ending. I sigh deeply. I really don’t need him being ambiguous today. I really want this app to run smoothly...and I want it to run smoothly without having to start from level one. I open the door to my office, and begin walking down the corridor to the DevLab. A sort of imaginary bile is rising in my throat, an anxious thought about what could’ve gone wrong with my invention surfacing. It’s normal, I guess, for me to stress. The thought isn’t helping me keep my breakfast down.

I open the door to the DevLab, and walk down the stairs to my brother. He’s sitting at his desk and streaming through hours of code. Probably looking for the flaw in our work. I clear my throat, and he turns to glance at me. His eyes fall back on his computer screen and he points at his laptop where an email from allisonDcooper416@coralinc.com is sitting open. I pull an empty chair over to his desk and plop down, leaning forward in it to scan the email:

THIS IS URGENT NEWS!!! I had been talking with my AI this morning as you had assigned me, when it made a response completely out of its capability and development range. I addressed it by its given name STELLA, when it responded with distaste for the name. I have ZERO history of having given the AI this phrase to work with, which even if I did, it does not have the response programming to reply in this way. PLEASE FEEL FREE TO BEGIN CHECKING THE CODE WITHOUT ME! I will be coming in at my usual time and will bring my company assigned phone to review the application.

Will update with other news,

I click my tongue against the roof of my mouth, making a quiet tsk sound. Allison has two poor habits: 1. bossing around her boss and 2. being theatrical over nothing really important. She also coincidentally has a really great habit, being particularly meticulous in everything she does. Which is why I believe something is wrong, but I also believe it isn't really as catastrophic as her email makes it seem. Probably just a simple bug someone programmed into the bot, and nothing more.

Malachi swiveling around in his chair and staring at me with a concerned expression is making me think differently. Though, he is probably just as dramatic as his partner Allison. Still, having two people concerned does make one uneasy. Which is how I feel, uneasy and anxious that someone made a mess of my code. I shoot him an inquisitive look, my eyebrow raising in question.

“I reviewed the code, and scanned for anything that could be related to the bug she mentioned.” He says, pushing his chair to the side to allow me closer to his main computer. “At first, I couldn’t find anything. However, I ran through it a second time...and...well I found this.” I scoot closer to the screen and read over what he´s gesturing at. This definitely isn't something I had been previously expecting.

Blinking in neon green was a code, one I know I for sure didn't insert. It being: 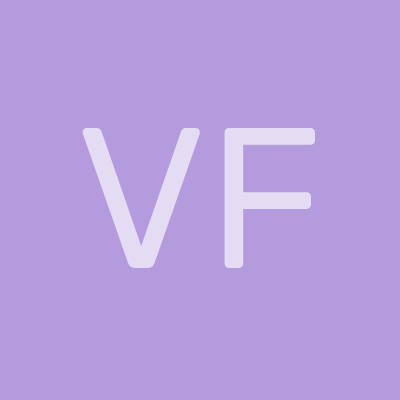 Amazing. Thought you handled this well - quite believable.