Confessions of a Murder

Submitted into Contest #37 in response to: Write a story that starts with the reveal of a long-kept secret.... view prompt

Hey you, I am going to tell you a deep secret. A deep secret that I have been hiding for so long. Now, is the time to tell you this long kept secret of mine.

Do you remember Esha? Of course you do. After all, Esha is your older sister. Do you remember the day Esha mysteriously disappeared into thin air the night of our school spring dance?

You were just a freshman in high school. And Esha was a senior, like me. You would never have thought in your dreams that you will marry the most popular guy in high school are you? Let me tell you another secret.

Esha and I had been in a secret relationship for so long--since we were both juniors in high school. You didn't know that did you? Esha wasn't as popular as you were in high school. You remember that? She was always hooked into the books. I used to joke that she was like Hermione from Harry Potter. She like you was a straight A student.

Esha unlike you, seemed to be an obedient girl. You told me that yourself. Esha wanted to please her parents. She was the typical daughter your parents were proud to have. I guess...that is in your culture. You told me once you were the black sheep in the family while Esha was the love of their life.

Anyway, Esha would sneak out of the house almost every night. You don't really want to know what we did right? I think it's better I should not tell you everything of what we did together. Esha and I were madly in love. But we both kept our relationship a top secret. She told me that sometimes, if you get to know, you would sneak her off to your folks. Ha Ha...never knew you were that type Ishika..

But she was scared. No, not because of you Ishika. She was afraid of her parents finding about us. She said her parents would never approve of her dating an All American White Boy like me. She said that it was the culture--your stupid culture. Always about culture. That's one annoying thing about your sister.

I wanted her to wear shorts, a sleeveless, I wanted to see her body but her body and she belong only to me. I didn't want any guy to even touch me.

Then we both started our senior year and we both ended up in the same university. And this time, I want our relationship to be known--I don't want it a secret anymore.

So I told her, let's start dating openly. Everyone, including you and your parents should know that we are in a serious relationship.

Esha refused. She told me she didn't want to do this anymore. Can you imagine that? She back stabbed me. How dare she! I was angry, hurt. She told me that she want to focus on her studies.

Well, I didn't say anything about it...until I saw her with Rajiv.

You must be knowing Rajiv. Of course, he is also the same culture as you and your sister. From the same country. She was laughing, holding hands with him. I was...enraged. You can imagine my temper at her seeing with another boy. What does she see in Rajiv? He is not popular like me. Maybe he is smarter than I but still...what does she really see in him? And then, I decided, I wanted revenge.

Ishika, with all honesty, I tell you, I do regret of what I did back then. I know I should not have done that. But my anger got into me, to the point of being enraged. I wanted to kill her. I wanted to make her suffer.

It happened on the night of spring dance. I told Esha I wanted to talk to her. Surprisingly she came with me. I don't know if I should tell you all those gory details--of how I lured her into my car, beaten her, strangled her and she died in my arms. I have never killed anyone and I didn't know what I should do.

And after driving for more than an hour, I came across some woods. I buried her, deep in the woods.

I know how much your parents must be suffering with Esha's disappearance. I know sometimes that you do to. And I know I have shattered your lives now, destroyed your lives.

I hope you will never grow hating me. Or that you won't tell our sons, Jake and Jared that his father is a murderer.

Ishika reads the letter again and again, tears blinding her eyes. Kyle killed her older sister Esha? No it can't be...but her husband's words are haunting in her head.

She was suddenly feeling hatred and anger towards her husband, Kyle. How dare he kill her sister! Had her sister being alive, she would have probably got married. Esha had always wanted to be a doctor and she dreamed of working in WHO. Maybe she would be working in WHO working as a doctor in some African country. She may not have been close to her sister but she was sad and hurt that Kyle had ended her sister's life in that way, all because of his jealousy.

"Mama..." she heard her younger son calling her.

Ishika quickly wipes her tears. She takes a deep breath before turning around. Jared is standing by the attic door, looking at her.

"Mom, Dad is looking for you," Jared said.

Ishika right now didn't want to see her husband's face. She didn't even want to even talk to him. But she can't do it right now. Not in front of the boys...yet.

Clutching firmly the letter that Kyle had written, which she found hidden among some belongings in the attic, she takes a deep breath. She has made a decision. A decision that would affect her and her boys. She leaves the attic, shutting the door after her.

Loved it!!! Made me want more. You have a very obvious talent. As a beginner writer, could some people who see this comment take a look at one of my stories, "Tomorrow" or "A Spirit Brighter Than the Sun Itself" and leave me some advice in the comments? If you do, thank you so much! Don't want to focus the attention on me though. AMAZING story.

Thank you! I'll sure to check your stories out!

Wow, that was so well written! It gave me the shivers. I actually have goosebumps right now :)

its amazing! loved it

Amazingly written. Kept me hooked till the end. You used the prompt very well. A fantastic read. Will be happy if you make a part 2 of it.

This is a great story! I really enjoyed it and it was very rivoting.

Hi Samadhee, I got goosebumps reading your chilling tale! While you've obviously got a suspenseful hook here, I especially enjoyed the way you made the cultural differences between Kyle and Esha's family part of the story. It's a powerful way to root your thriller in something real and heartbreaking.

Thank you so much for reading!

I really liked the twist towards the end. It delivered an emotional impact and I think you captured Kyle's inner turmoil quite well. Even though he is a murderer, you don't outright hate him because you know he does feel bad. And I'm definitely left wanting more as I want to know how Ishika dealt with the big reveal! However, I am not sure if it is intentional or not to add to Kyle's angst, but I would just keep an eye on the grammar and make sure that it is easy to read and follow (more paragraphs would be good definitely) and try to ma...

Thank you and thank you for giving me tips!

I liked the way the story flowed . 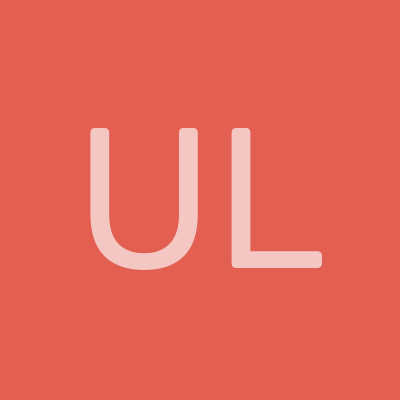 I really like the way you framed this story. The disdain towards the addresse and their culture that comes through, slowly turning into grief, into regret and into hope of not being hated by the same person who'd have all the reason to do so. Especially with that twist that he actually married her, which I didn't expect at all.

Thank you for reading my story!