Cyra wasn’t sure of many things in their life.

The concept of airplanes kept them up at night; the idea of calling someone millions of miles away always got them to stop and contemplate in the middle of coffee shops. Asides from that, there were a couple of things that Cyra knew were certain, such as the fact that pineapple did belong on pizza, gender was unworthy of their title, and that lovey-dovey anything was not their thing.

At least, that was something Cyra was sure about.

Their friends would sometimes come to them about all their dreams of happily ever after, sometimes with an A-list celebrity, and sometimes with Becky from math class. No matter the ever-growing barriers from reality, they all seemed to fit the same mold. Cyra had never felt anything for anyone beyond a friendly bond, so having romantic fantasies just wasn’t for them.

So why did they keep seeing the same woman in their dreams?

Nothing was ever predictable within a dream, but she was always present. In the background, a passing face or the main stage, Cyra had her face memorized. There were precisely 23 freckles on her face, eyes brown with a slight sparkle of green, black hair with a single strand of purple, and a vibrating tattoo of a butterfly under her left ear. Over the years since she started showing up in Cyra’s dreams, they started sketching her out to see if anyone know her. One of Cyra’s new colleagues pointed out how weird it was to know the look of someone without ever meeting or seeing them.

“That’s a pretty hot chick, I’d fantasize about her as well.”

Cyra was at least 95% sure that fantizations included something desirable or pleasurable. It wasn’t that the mystery woman wasn’t attractive—Cyra didn’t need to be attracted to her to admit it—but she died in every single dream.

Cyra was pretty sure that woman dying was not a kink they had.

Falling, being crushed, beheaded, shot, or being shredded to basically nothing. The scene never felt like a nightmare to Cyra, but each time she died, Cyra sprung up with a deep desire to puke their entire guts out with the sick scent of death, hiding someone within their confused brain during the first couple of dreams. After a couple of months, the scariest aspect was that her death became less horrifying and just expected.

Cyra sat around many familiar faces as the group of old college friends chatted at one of the tables in some semi fancy restaurant one of them had found on Google. The food had weird names, and the drinks were expensive, but Cyra didn’t care about the dent that was about to form in their wallet. Halfway through the dinner, one of Cyra’s older friends poked their shoulders and pointed towards the bar.

“Doesn’t that woman look like the one from your drawings? The resemblance is uncanny.”

Cyra turned towards the bar, and there she was in all her glory. Her hair had a purple streak, arranged in curls that cascaded down her back. Without saying a word back to their friends, Cyra rose from the table and stood towards the bar. Approaching the lone woman, Cyra could see the butterfly tattoo hanging just below her left ear. The purple engraved into her skin matching the skin-tight purple cocktail dress she wore.

“May I sit here?” Cyra asked, pulling her out of a staring contest with her phone screen. Her eyes shined the slight sparkle of green in the ocean of brown. Cyra lost themselves in the freckles, exactly 23 on her face. It didn’t feel real, like she wasn’t supposed to exist, feeling like they just met a fairy or Santa Clause.

“Are you going to buy me a drink?” She asked, placing her phone down and resting her head in her hand. “My glass is looking a little empty.” Cyra gulped, never being caught in a situation like this before, and wasn’t sure if that fact was insulting or not. Nonetheless, they waved the bartender over and asked for a refill and a drink of their own.

“Just to be up front, I’m, uh, I am asexual and aromatic, so no attraction here,” Cyra shuddered under the intense glare of the woman. “I didn’t want to lead you on. I’m Cyra.” Sticking a hand out, the woman slowly joined the shake, face twisting with confusion.

“Asteria, nice to meet you then,” Asteria mumbled before taking a swig of the drink the bartender brought over. “If your not over here to flirt with me, then what do you want? A bar is hardly the place to make friends.”

“I know this might sound weird but I’ve seen you before.” Cyra pulled out a sketch they made a couple weeks prior, hoping that they weren’t giving off serial killer vibes. “For years, you have been showing up in my dreams and I just had to meet you.”

“Dreams? Are you sure this isn’t just apart of some crappy pickup line?” She grabbed the sketch and went silent, bringing it closer to her face to inspect. “You drew this before meeting me?” Asteria finally asked, looking Cyra up and down. “Are you some kind of psychic? I don’t believe in that crap and I’m not gonna pay for your bullshit service.”

“I’m really not selling anything, and I’m not a psychic!” Cyra flexed their wrist and fingers, attempting to relieve some tension. “You have been in all of my dreams for years, and each time you die. I don’t understand anything about the supernatural or psychics but I can’t help but think that it means something. Is it alright if we just talk?”

Asteria turned back to her glass and stared at it before letting out a sign. “I guess there isn’t any harm in that. I was just about to leave anyways, already losing my buzz. You could join me for a walk to the park close by to get some burgers from the vendor, if I’m not getting laid I might as well get some good food.”

Cyra nodded, and the two of them were heading out of the restaurant. Their outfits both clashed between a beautiful cocktail dress to a pair of jeans with a flannel, but Cyra could hardly care when they were finally meeting with the woman from their dreams. It was nice to finally have a name for her face. Asteria seemed to flip her bad mood instantly and was merrily chatty about when she got her butterfly tattoo.

Cyra was listening enthusiastically while they were walking through the crosswalk when Cyra heard it. A simple flash of light as the moment became still. With arms and feet that moved on their own, Cyra pushed Asteria out of the way before it all went black. 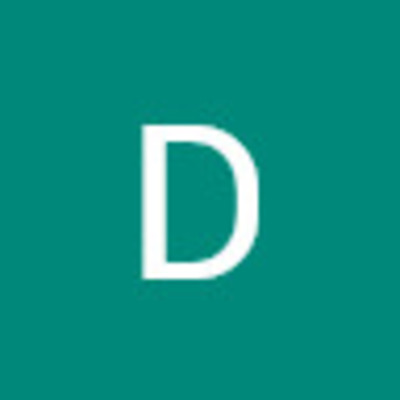 There's an obvious and akward singular-plural non-agreement right in the first sentence: Cyra (singular) wasn’t sure of many things in their (plural) life. The concept (what exactly is this concept?) of airplanes kept them up at Just needs some editing

I find myself fond of the names in your stories, they're always, permit my saying 'quirky'- to me, and I notice a theme, if I might say so. There is a reaching, in terms of romance, in not being able to 'get', in a distance, and I remember the story involving the kitchen and a pair of sisters you'd written a certain while ago, in which there was a similar sense of reaching. If you will spare me words, I think you're writing has improved since then, and there is certainly evident care of hand, which one only acquires after spending more time ...

Thank you! Gonna be honest, I have never been to a bar before, but it is on my bucket list. Thank you for your kind words, it fills my heart with joy. 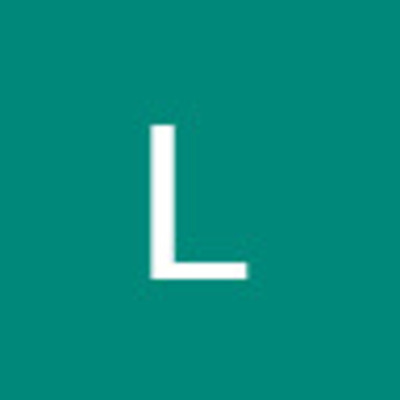 I genuinely enjoyed reading your story. It had a nice flow and I just had to get to the end. It was so much fun to read. I'm excited to see what else you have written, If all of your stories as good as this one, you'll be one of the best writers I've seen yet!

Thank you! This really makes my heart flutter! 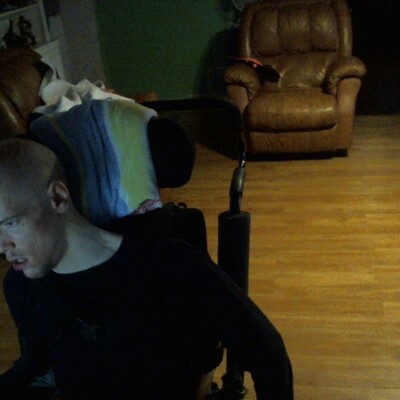 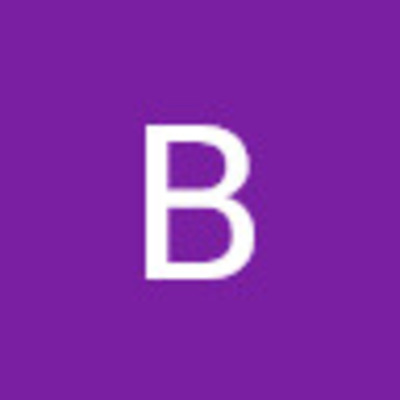 This was really well done! Like someone else commented, I enjoyed the unique names and the tone of not being romantically interested but still having a draw to this individual. You paced it out quite well and the ending was well done. I really enjoyed this! Thanks for sharing.

Thank you! I use this website behind the name and it’s awesome! 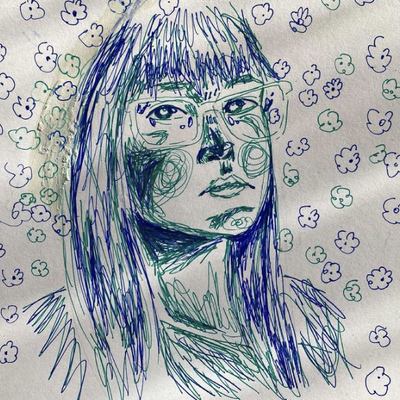 Wow. The writing is amazing and the twist at the end had me in awe. Well done! 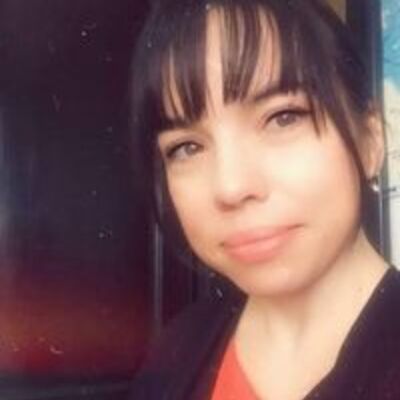 A very good reading! "Cyra was at least 95% sure that fantizations included something desirable or pleasurable. It wasn’t that the mystery woman wasn’t attractive—Cyra didn’t need to be attracted to her to admit it—but she died in every single dream." From here the story become very interesting for me. Really good story!

Thank you! That was my favorite line! 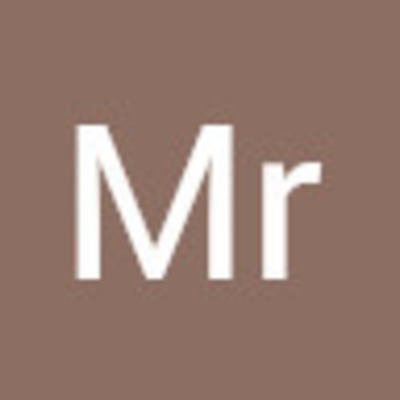 This was a very interesting piece of writing. You have a wonderful imagination, which I find myself questioning after this story. It's depth is great and towards the end I began to complain because I didn't know if there was an ending. Surprise, it was, sorta. I give it an A!! Cheers.

Thank you! I'm glad to have given you a reason to complain outside of a poorly written story. 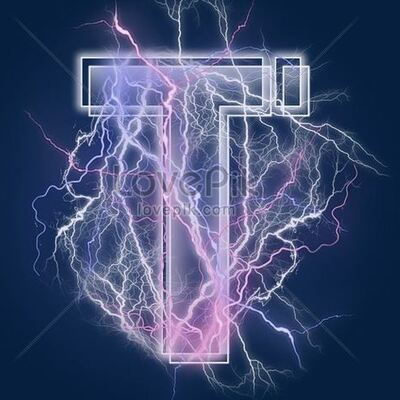 I really liked the vivid way you described Asteria, as well as the element of mystery that lasted throughout the story:)

Thank you! She was a fun character to write.

Very intriguing story! I had dreaded that the premonition was hinting towards Cyra’s death, but it feels fitting that it was. Asteria was capturing, leaves me wishing I could know her more as you created a fun character in such a quick moment.

Thank you! I wasn't quite sure where I wanted to go with this prompt until I basically reached the end. 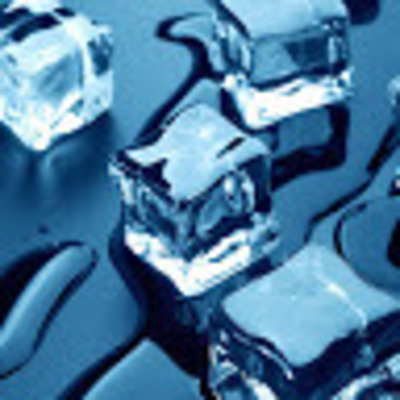 This was a really interesting story to read through. I love how you the story flowed so smoothly, and the dialogue between the characters is so natural and realistic. Great job! I'd love to read more.

Thank you! I'm glad that you enjoyed! 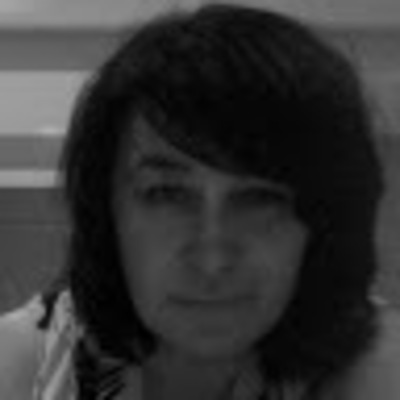 I really liked this story. I haven't found an interesting way to use this prompt so I commend you because you did it well. Thank you for this good reading.

Thank you! I struggled a bit to get it started but I like how it turned out.

This was really well done! Like someone else commented, I enjoyed the unique names and the tone of not being romantically interested but still having a draw to this individual. You paced it out quite well and the ending was well done. I really enjoyed this! Thanks for sharing.